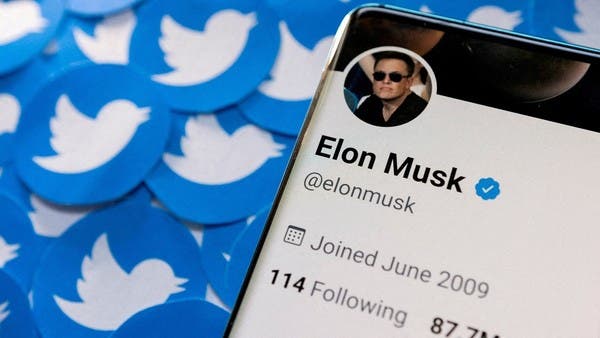 Elon Musk’s takeover of Twitter has made many Europeans wary of the hate speech that may now become permissible, driving them to embrace government regulation of social media. The ownership change is an opportunity for Europeans to reflect on why the Old World’s companies make such a modest contribution to the global technology sector.

A list of the world’s top tech companies by market capitalization makes for uncomfortable reading for Europeans. The Dutch semiconductor supplier ASML ranks 12th, while German software giant SAP occupies the 24th spot. The French energy management company Schneider Electric is the only other European company in the top 50, holding the 36th position. The rest are all American, Chinese, South Korean, and Japanese, with Taiwan and Australia making solitary contributions.

For the latest headlines, follow our Google News channel online or via the app.

This is anomalous given that the European Union accounts for 10 percent of the world’s population and 17 percent of global GDP, as well as housing some of the oldest and finest universities in the world. Given the importance of high-tech businesses to economic growth at present, this anomaly should be a major concern for European governments.

Yet government action suggests otherwise. Upon completing his takeover of Twitter, Elon Musk elatedly tweeted: “the bird is free,” alluding to his pro-free-speech stance that likely includes the reactivation of Donald Trump’s account. The South African entrepreneur regularly proclaims his support for open expression, even if that comes at the cost of hateful speech and disinformation. To Musk, the long-term political and economic benefits outweigh these costs.

The immediate response by the European Commission’s internal market commissioner Thierry Breton was: “In Europe, the bird will fly by our rules,” indicating that Musk should brace for a new tranche of regulation from the continent’s central bureaucracy. This tweet’s combination of indignation and smugness probably made European tech leaders feel nauseous, as they instantly recall how their government seems more interested in restricting their entrepreneurial behavior than in supporting it.

The reality of European companies’ poor performance on the global stage seemed to be totally lost on Breton. Here is an American company with hundreds of millions of users that has become so important to daily life that leading government figures – including Breton – use it to conduct diplomacy. Rather than fixing on their latest heavy-handed and bureaucratic regulatory initiative, the European Commission should have been asking itself why Twitter and all its social media cousins ​​are non-European.

To make matters worse for Breton and his colleagues in Brussels, when economists have studied the causes of Europe’s poor performance in the tech realm, many have concluded that stifling regulation is an important contributor.

For example, the GDPR was implemented by the EU in 2018 to improve privacy protection for users. You will recognize it as the cause for all of those “accept all cookies” splash screens that inconvenience you while you browse the internet. The unintended consequence of the regulation has been making it harder for new and small tech businesses to survive, as potential revenue streams are cut off and costs rise. As a result, there has been an increase in the representation of big businesses in the sector, decreasing competitiveness.

Personally, in the wake of GDPR, I am mortified at the prospects of Twitter and other social media platforms being restrained by a team of bureaucrats in Brussels. Their intentions may be good, but regulation is difficult under ideal circumstances, such as a stable and mature industry. It is exponentially more challenging when the activity being regulated is new and rapidly changing, which is exactly what we see with social media.

Mark Zuckerberg knows a lot about the sector and has a powerful incentive to have a good understanding of what people do and don’t want. Despite this, he has apparently gravely miscalculated by taking Meta into virtual reality. Fortunately for users, when he makes a big mistake, the competitive process ensures that resources are taken away from him and allocated toward superior alternatives, including new startups.

But when the European Commission makes an error, the correction process makes glacial movements seem rapid. There are no shareholders to ruthlessly fire those responsible for ineffective decisions, or to dump their shares as they seek higher returns elsewhere. Instead, an intricate process of self-correction based on extensive consultations with all stakeholders, both directly and indirectly via their governments and the European Parliament, must run its course, ensuring that by the time a reform is introduced, the commercial landscape has mutated into something unrecognizable.

Happily for Europeans citizens, their universities continue to house elite intellectual talent, and scholars have free rein to criticize their governments’ policies and propose superior alternatives. It may take time, but the European Commission should hopefully be able to reform itself, aided by consultations with independent experts working in the field of optimal commercial regulation.

But until that happens, we will probably have to stomach a new wave of poorly designed edicts from Brussels restricting our social media use. The bird may well have its wings clipped by European ornithologists.

Oil prices are playing a marginal role in US inflation

Disclaimer:
Views expressed by writers in this section are their own and do not reflect Al Arabiya English’s point-of-view.