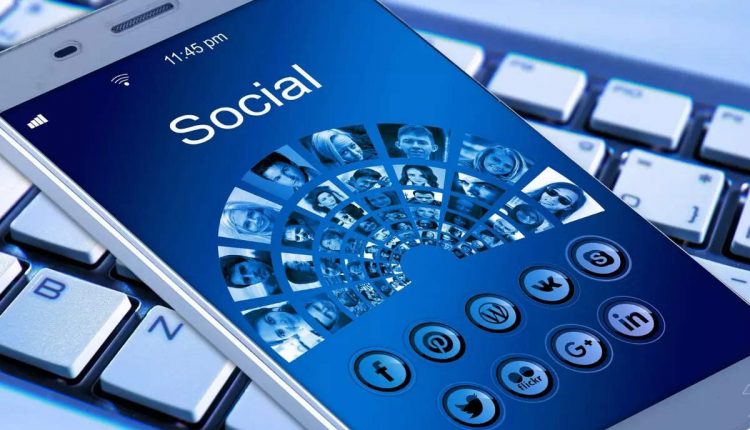 Australian Prime Minister Scott Morrison has called social media the “palace of the coward”, suggesting that platforms may need to reveal the identity of users. (Image for illustration purposes / iStock)Melbourne: In the past few months, the government has proposed cracking down on online anonymity. The idea is that adding online posts to someone’s real name reduces abuse and increases accountability.

Online bullying and misinformation are a growing problem, and government action to combat it is long overdue.

However, restricting anonymity alone doesn’t make social media any less toxic. It will only work in conjunction with broader platform design and business model reforms that drive polarization, negativity, abuse and misinformation.

Reforms must also protect freedom of expression and take into account power imbalances between citizens and the state. The changes mentioned go hand in hand with proposals for public funding of defamation actions by parliamentarians. Cynics might view these two proposals together as an attempt to silence allegations.

In April of this year, a parliamentary committee recommended that users provide identification documents before opening social media accounts.

This was not implemented, but in June the Online Safety Act was amended to empower the e-Safety Commissioner to require platforms to disclose personal information of suspected online bullies.

In September the High Court ruled that media companies could be held liable for defamatory comments made by third parties on their social media posts.

It lists the alphabet Google, Facebook, Twitter, TikTok, and the messaging app Telegram that Russia fined this year for failing to delete content it deems illegal …

Second, reforms need to be scrutinized to ensure that they serve public rather than political interests. While state suppression of dissent may seem less of a concern in a democracy like Australia than in authoritarian regimes, it is important to ensure that new measures do not unduly affect freedom of expression and privacy.

This concern is underscored by the fact that politicians are making legal threats to citizens for voicing criticism online.

Anonymity is just one factor that contributes to online toxicity.

Research also shows that sharing political misinformation is driven more by partisanship than ignorance. The online polarization therefore promotes misinformation in favor of the culture wars.

For example, the COVID-19 hashtag “#Danliedpeopledied” was driven by non-partisan and fake accounts. An anti-Vax infodemia is now spreading online, fueled by tribal influencers and anti-Vaxer communities.

Online toxicity is exacerbated by the addiction of social media. Every “like” and every comment gives users “a little dopamine hit”. Outrage and negativity mean more engagement, which means that more dopamine rewards the behavior.

While we turn to social media for business and validation, heavy use can make us feel alone. Isolation can make us more vulnerable to tribes promoting belonging.

Tribalism can encourage group attacks and strengthen tribal ties. Social media “piles” can be devastating to the target. Such bullying is unlikely to happen in person. But online we have fewer physical and visual cues to foster empathy.

While some (especially anonymous trolls) find courage on social media, others are put off. Negative online encounters can create a “spiral of silence” that prevents moderate users from participating. This creates more space for edge voices, which are amplified by the echo chamber.

The research, carried out in collaboration with data science company Signify Group, found that the abuse included sexist, racist, transphobic and homophobic content as well as unfounded doping allegations …

What reforms are needed?

Regulating anonymity will only help with bullying and misinformation if it is part of broader reforms that address other toxic factors such as engagement-driven polarization. That means dealing with platform business models and design – a complex task.

Reforms must also be fair.

First, the anonymity rule must also apply to parliamentarians. Some politicians have used fake accounts to get support, undermining a healthy debate.

A parliamentary code of conduct could define standards for the conduct of politicians both online and offline. Regulating the truth in political advertising can curb dishonesty.

Second, once anonymity is in place, it is even more important to ensure that citizens are not unreasonably sued or threatened by politicians for voicing their opinions online.

Reputation protection and accuracy are important, but we need to ensure a fair debate. Politicians enjoy freedom of expression, supported by parliamentary privileges and media platforms.

Social media has disrupted the dominance of politicians in political discourse, which helps explain the recent explosion of defamation threats and actions by politicians.

Any regulation of anonymity must be counterbalanced by the protection of freedom of expression, including more robust defamation defenses that take into account power imbalances between citizens and the state.

In view of their positions of power, politicians should accept a higher threshold for criticism.