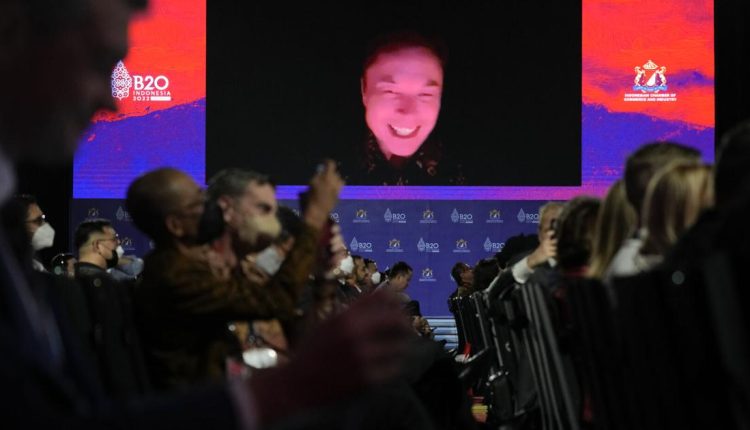 Donald Morrison: Are we experiencing the twilight of the social media dinosaurs? | Columnists

I saw in the papers recently, to my mild delight, that some high-profile social media companies are facing big problems. Consider:

• Facebook is laying off 13 percent of its workforce as advertising revenues decline.

• At Twitter, about half the staff is being let go by its talkative new owner, Elon Musk, who appears to be running that company straight into the ground.

• Members of both parties in Congress are calling for stronger regulation of social media and other technology companies, as well as tougher anti-trust enforcement.

Couldn’t happen to a nicer bunch. Since online chat became a gigantic business and a major time-suck a decade or so ago, the world and its denizens have never been quite the same. Social media giants have addicted us through their creepy algorithms, sold our personal data for advertising purposes and set us against each other. About time they got taken down a peg.

The companies are vastly dissimilar, of course, but I think their troubles can be traced to a common source: the Dunbar number.

Robin Dunbar, a British anthropologist, noted in 1992 that the average population of primate tribes increased as brain size grew. Development of the human neocortex, where thought and language take place, plateaued in the late Pleistocene era, about 250,000 years ago and hasn’t increased much since.

Thus, Dunbar posited, there’s a limit to the number of friends a human can handle. Anything bigger than about 150 is just too hard for us to keep track of and maintain through normal social grooming, like cocktail parties and woolly mammoth hunts.

Social media, however, allow us to have thousands, even millions of friends. The bigger the audience for our political musings and cat videos, the more ads the companies can sell — and the more successfully those ads can be targeted.

Alas, our “followers” ​​aren’t really friends. And we don’t interact so much with them as serve them up — along with ourselves — to be merchandised and manipulated by the platforms. Social media engineers have learned to keep us hooked by playing on our emotions, especially anger and moral outrage.

The sites tend to privilege controversy and extremism over consensus and civility. Also, to inflate small differences of opinion into major ideological divides, battles between good and evil. Which makes social media sites useful for organizing political violence and insurrection.

Another addicting technique is the skillful deployment of metrics – that dopamine hit of “views,” “likes” and follower numbers, dangled before us like daily report cards. Thus, online discourse has acquired the characteristics of a video game, with batting averages and body counts.

Sometimes the bodies are real. In his new book, “The Chaos Machine,” New York Times tech reporter Max Fisher chillingly recounts how the military government in Myanmar has used social media to incite hatred against the country’s Rohingya minority, with tragic results.

The question thus becomes: How long can we tolerate being treated like this until we decide not to? If I knew where the social media industry is heading, I’d be rich. But it’s possible that we’re getting tired of being marketed and manipulated. Weary of finding our “feeds” full of insults and conspiracy theories.

Evidence is merely anecdotal, but I’ve heard from several friends (real ones) that they’ve quit Twitter in opposition to Elon Musk’s recent destruction of the site’s content standards, or simply because they dislike him. Other acquaintances have cut down on their social media presence overall as COVID has eased, and subsequently found themselves happier, healthier and blessed with more free time.

Advertisers may be getting the message. More than a dozen big ones have deserted Twitter in recent weeks, and Facebook’s problems are advertising related. True, industry analysts predict that social media ad volume will rise over the next few years. But Wall Street has lately soured on the industry, and tech stocks overall, amid concerns about continued growth.

I realized the other day that after a decade or so of spending countless hours on these sites, I’ve made only one actual friend there. A guy from New Jersey with terrible politics but great humor and decency. We get together for lunch now and then. In a real restaurant.

I realize that breaking America’s social media habit will be difficult, imbedded as it is in our lives. And the rise of TikTok, Instagram and other highly engaging visual sites will only make that task harder.

But I dream that someday we will all revert to our Dunbar number. That would free us up for more productive pursuits, like conversation and getting out of the house. It would also let us focus on the quality, rather than the quantity, of our relationships.

In that happy world, the social media of the future may turn out to be… lunch.

KHN’s ‘What the Well being?’: The Altering of the Guard