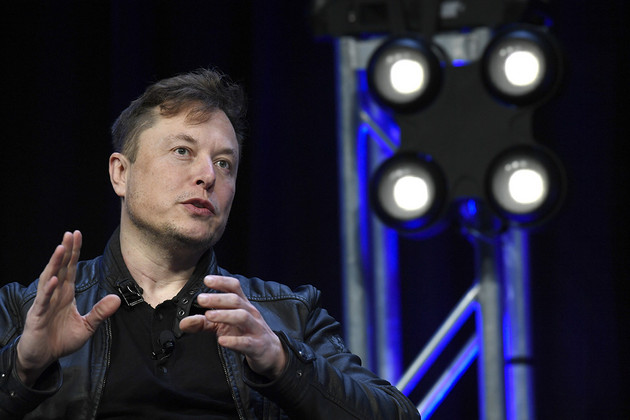 ‘Cult of persona’: How Elon Musk takes on Washington

“After he finished saying that crap, the staffer responded from the phone: ‘Yeah, I’m on,'” the former SpaceX lobbyist recalled. The staffer was sitting right next to the senator in his office.

The episode, which took place about a decade ago, highlights the brash, often disrespectful approach that Musk has become known for in Washington — and provides a glimpse at how Twitter’s relations with Capitol Hill may change.

Throughout his many regulatory battles, Musk routinely big-foots his SpaceX and Tesla government affairs teams and becomes personally engaged in policy issues important to his companies — in much the same way that he once took to sleeping at one of Tesla’s factories while trying to overcome production woes. He publicly mocks government regulators, lawyers and lawmakers on Twitter and during media appearances, much to the chagrin of his public relations and lobbying operations.

Responding to an email from one of his PR consultants urging him to take a break from Twitter in 2018, Musk wrote: “Will Tweet as I wish and suffer the consequences.” The email came as he faced a whirlwind of bad press and potential legal action after baselessly describing a British cave diver as a “pedo.” (Musk ultimately won a defamation case brought by the diver, who had rescued children trapped in a cave in Thailand.)

Musk has also referred to the Securities and Exchange Commission, which has penalized him for posting misleading tweets about Tesla, as “shameless puppets” in text messages revealed during a court case.

Now that Musk has initiated the process of buying Twitter, the company’s presence in Washington is likely to change drastically, according to six lobbyists and government officials who have dealt with him in his roles as CEO of Tesla and SpaceX. They spoke on the condition of anonymity to discuss private conversations and their former employers.

Musk has a much more sharp-elbowed approach to leadership than former Twitter CEO Jack Dorsey, who left the policy work mainly to his C-suite and allowed Twitter’s lobbyists to cultivate a friendly, socially aware reputation on Capitol Hill. He’s also much more hands-on than tech CEOs like Apple chief executive Tim Cook and Meta co-founder Mark Zuckerberg, who largely defer to their government affairs shops in Washington.

And Musk’s persona is aggressively larger-than-life, meaning outreach from him has more gravity than lesser-known car and defense CEOs.

“He relies on his cult of personality,” said a former Federal Communications Commission official, who dealt with Musk across a range of regulatory fights around Starlink, SpaceX’s satellite internet constellation, which frequently needs the FCC’s approval for projects. “At some point, a CEO can’t steer the ship and do everything — they have to delegate appropriately. It’s always been interesting because it doesn’t always appear that the people around him have truly been delegated authority.”

Musk did not respond to a request for comment.

While Twitter has faced anger from Republicans who say it censors conservatives and Democrats who say it’s overflowing with hate speech, the company so far has avoided the broader congressional scrutiny that has engulfed the other top tech companies — mainly because Twitter is significantly smaller than Facebook, Google, Amazon and Apple.

But Twitter has also generally been seen as more open and communicative than the other tech companies among congressional aides, particularly Democrats, two staffers told POLITICO earlier this year.

It’s possible that era is over with Musk at the helm.

Musk has mainly interacted with Washington through a slew of sometimes obscure regulatory battles facing his companies involving agencies such as the FCC, Defense Department, Federal Aviation Administration and National Highway Traffic Safety Administration. In each of those fights, he’s remained close to the details, either putting significant pressure on his lobbyists to do what he wants or bypassing them altogether.

He directly called Trump-era FCC Chair Ajit Pai and other commissioners during a fight about 5G wireless service in late 2020, an unusual approach for a chief executive. And he spoke directly to FCC Chair Jessica Rosenworcel early last year.

“Typically, companies have their CEOs call regulators when it’s the last resort,” said the former FCC official. “You expect to hear from a lobbyist, someone in the company. But with Elon, it was right to him — zero to 100.” While Apple’s Cook called members of the Senate Judiciary Committee ahead of a contentious markup of antitrust legislation earlier this year, that was only after years of outreach from Apple’s lobbying teams had failed to fend off the legislation.

Musk’s relationships with heads of state have been contentious at times. Musk served on one of former President Donald Trump’s advisory boards, only to leave when Trump pulled the US out of the Paris climate accord. And Musk has publicly gone after President Joe Biden, accusing him of ignoring Tesla during administration events promoting electric cars.

Musk also cultivates close relationships with governors and mayors in states where his companies. He regularly texts with Republican Texas Gov. Greg Abbott and spoke frequently with Democratic California Gov. Gavin Newsom to hash out issues facing his companies, according to one person who worked on a government affairs team for a Musk company. Abbott is a fan of Musk and praised him for having “remarkable vision” when Musk chose to build a Tesla factory in Texas.

Musk “recognizes that a lot of his companies are in a highly-regulated challenging space that requires government relations teams, but he’s often so involved in government affairs and dealing with elected officials directly, people on the teams often wonder why are they there if he’s going to just do their jobs for them,” the person said.

At the same time, Musk has not poured money into political campaigns at the same level as some of his peers, including fellow “PayPal mafia” member Peter Thiel. Musk has given almost $100,000 to lawmakers since 2004, according to campaign finance filings — a small fraction of his fortune as the richest person in the world. He gave roughly evenly to both parties until 2020. Since then, he has started contributing more frequently to Republicans.

Thiel, meanwhile, has poured millions into political action committees for his preferred candidates this year alone.

SpaceX and Tesla have prominent government affairs operations but aren’t even closer to the biggest spenders in Washington. SpaceX spent about $2.2 million during the 2020 election cycle, while Tesla spent $400,000 — much less than rivals such as defense contractor Boeing or car manufacturer GM.

Even when Musk isn’t directly involved in the day to day of his lobbying operations, he’s known to quickly fire the lobbyists and PR firms that work for him when he’s dissatisfied with the results. Tesla, for instance, has terminated its relationship with eight lobbying firms since 2017, while SpaceX has cut ties with three. Musk in 2020 entirely solved Tesla’s PR department.

Still, some argue that Musk isn’t as hands-on or overbearing as his reputation.

“He’s like any other billionaire client,” said a government affairs veteran who has experience with some of Musk’s companies. “They’ve got the objective in mind but they may not be so interested in the tactics of how you get there.”

“I don’t think he is in the category of heavily putting his fingers on the scale of how things are run in DC,” the old Washington hand added. “He looks for the best people, trusts them to get results, and if they don’t get results goes and finds people who he thinks are better.” 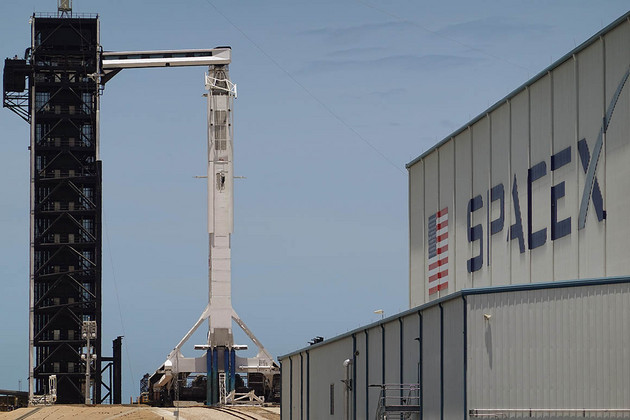 CAPE CANAVERAL, FLORIDA – MAY 29: The SpaceX Falcon 9 rocket with the Crew Dragon spacecraft attached is seen on launch pad 39A at the Kennedy Space Center on May 29, 2020 in Cape Canaveral, Florida. After scrubbing the first attempt at launch NASA astronauts Bob Behnken and Doug Hurley are scheduled to try again on Saturday and if successful would be the first people since the end of the Space Shuttle program in 2011 to be launched into space from the United States. (Photo by Joe Raedle/Getty Images) | Joe Raedle/Getty Images

SpaceX, for example, has added a new DC lobbying firm to its roster nearly every year since 2011, public disclosures show. But a number of lobbyists were also quickly dropped over the past decade.

Zach Graves, executive director at tech policy group Lincoln Network, said Musk’s approach is a throwback to libertarian attitudes once popular in Silicon Valley. “He has a flippant attitude about DC that was more common in Silicon Valley prior to 2018 — when all the big tech CEOs came out and tested, and essentially learned that if you’re not at the table, you’re on the menu, Graves said.

Musk isn’t the owner of Twitter yet, but he has already shown signs that he intends to be just as aggressive at the helm of the social media company. He has spent days posting tweets targeting particular Twitter executives, including the company’s top lawyer Vijaya Gadde, whom he criticized over her decision to briefly limit Twitter users from sharing a New York Post article about Hunter Biden. His tweets have spurred a wave of vitriolic harassment aimed at Gadde, the company’s most high-profile female executive.

“What’s going on?” tweeted Dick Costolo, who headed Twitter as CEO for several years until 2015. “Bullying is not leadership.”

KHN’s ‘What the Well being?’: Extra Covid Issues for Congress

At US Hospitals, a Drug Combine-Up Is Only a Few Keystrokes Away