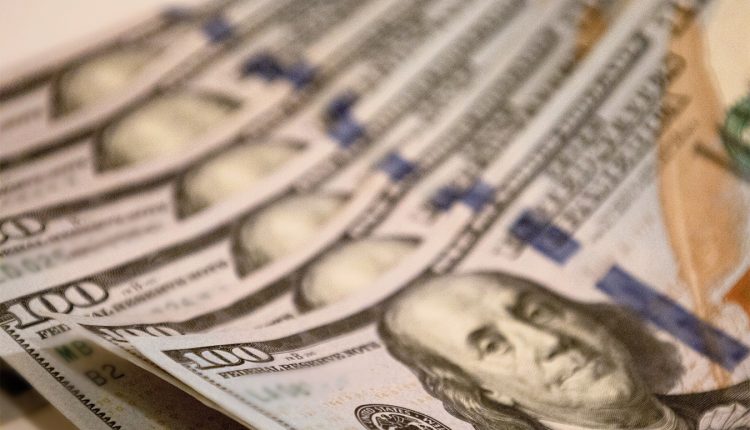 
Last summer, Montana created a list of more than a dozen upgrades for its state prison facilities to protect inmates and staffers from covid-19 infections, all of which would be paid for with nearly $2.5 million in federal covid relief money.

But the money, part of $700 million in aid to states to detect and mitigate covid’s spread in prisons, jails, and other confinement facilities, sat untouched as of mid-February. Not a single project has begun despite the omicron surge that led to a new outbreak of covid cases among Montana State Prison inmates in January. That delay has left weak points within Montana’s secure facilities.

The holdup is the result of concerns that the Centers for Disease Control and Prevention raised after reviewing the spending plan submitted by the state Nov. 8. The state’s budget included only Montana Department of Corrections facilities, with no information on how the state would help county jails or other community confinement facilities, according to documents that KHN obtained through a public records request to the state Department of Public Health and Human Services.

The federal agency also raised concerns about some of the state’s budget items, among them $100,000 for a generator at the Montana State Prison, $39,000 for an emergency response vehicle, and $9,736 for “specialty bacteria and germ-resistant paint,” according to the documents.

Despite those concerns, CDC officials rated the state’s plan as “good” and noted in its Dec. 22 response that the proposal was detailed and thorough.

Montana officials submitted a revised proposal Feb. 4 that scrapped the plan for germ-resistant paint and offered justifications for the generator and new vehicle. They are awaiting CDC approval before beginning any of the projects.

“It’s our standard practice to not spend money until a work plan and budget is approved by the federal agency granting the funds,” said Jon Ebelt, a spokesperson for the Montana Department of Public Health and Human Services.

The money comes through the American Rescue Plan Act aid and was distributed by the CDC to states and territories to make prisons, jails, juvenile facilities, and other facilities in which people are incarcerated safer during the pandemic. States have until 2024 to spend the money, but criminal justice reform advocates say people in confinement shouldn’t have to wait for the aid to go to use.

“This country seems to be allergic to distributing it to people who are vulnerable,” said Wanda Bertram, a spokesperson for the nonprofit Prison Policy Initiative, a research and advocacy group that has tracked how state prison systems have responded to covid. “It’s senseless to give people until 2024 to spend money that’s designated for a pandemic that was supposed to be over last year.”

States were authorized in August to start spending the money, even without final approval of their budgets, if they followed guidelines, CDC spokesperson Jade Fulce said.

About $114 million of the $700 million had been spent as of Feb. 4. States may have their own restrictions that prevent them from using the money immediately, Fulce said.

And like Montana, Texas is waiting for the CDC to approve its spending plan before it taps into its $75.9 million share, said Lara Anton, a spokesperson for the Texas Department of State Health Services.

Once covid is present in packed communal settings like jails and prisons, stopping its spread is difficult. People who are incarcerated disproportionately have chronic health problems, leaving some more susceptible to a dangerous infection. All of that has contributed to an increase in the death toll within the nation’s prisons during the pandemic, with deaths rising 46% from 2019 to 2020, according to recent data from the U.S. Department of Justice.

In January, at the peak of Montana’s omicron surge, 95 inmates in the state prison system tested positive for covid, compared with seven the month before, according to state corrections officials. Overall, 1,182 state inmates across seven facilities had contracted covid during the pandemic as of Feb. 22, and six had died from the virus, according to state data. That does not include outbreaks in county-run jails.

State officials hope the federal aid can be used for lasting improvements, including new heating, ventilation, and air conditioning systems to circulate and purify air both for the laundry facility at Montana Correctional Enterprises, where inmates train and study, and for the Montana State Prison’s infirmary.

“Inmates reside and staff work in the infirmary without properly functioning ventilation,” state officials wrote in their plan, adding that this increases both groups’ risk of contracting covid.

State officials also want to install a $100,000 generator at the Montana State Prison. That request led the CDC to question whether buying a generator was consistent with the covid-prevention purpose of the grant. “Are power outages frequent? Will the described generator only be utilized for screening purposes or for additional, non-COVID related purposes?” the unsigned CDC comment said.

State officials defended the request in their Feb. 4 revised proposal. “Without the ability to provide uninterrupted power and delivery of needed medical treatments, poor patient outcomes may occur,” it said.

The state also proposed buying 90 tablet computers, 30 that inmates could use to report covid symptoms and 60 for educating inmates about how to prevent the virus’s spread. Additionally, state officials want to create an electronic health records system and buy three transport vehicles where inmates can isolate as they’re transferred for treatment, plus an additional emergency transport vehicle.

The state dropped its plan to buy 100 gallons of “germ-resistant” paint for medical areas after the CDC said it was unclear whether that fell within the scope of the aid. Experts have been skeptical of the paint’s value in responding to covid, since the virus primarily spreads through particles and droplets in the air, not via surfaces.

One of the rules tethered to the money is that recipients must help facilities implement covid testing programs for residents, staff members, and visitors. Montana officials proposed hiring five additional nurses and two administrative staffers to screen, test, and educate state correctional employees and inmates.

The CDC responded that while the state offered a clear plan for the money, some of the aid had to support local governments in making places like jails and police lockups safer. “The recipient needs to clearly state how confinement facilities that are not operated by the State Department of Corrections will be included,” CDC officials wrote.

Montana Department of Corrections spokesperson Alexandria Klapmeier said the department is following CDC guidelines for managing covid but when asked, did not directly whether department officials are concerned about safety issues within facilities while the projects are on hold.

“The department is hopeful these projects will be approved by the CDC to provide us with more tools to offer the best care possible to the inmates under DOC supervision,” Klapmeier said.

Readers and Tweeters Have Psychological Well being Care on Their Minds