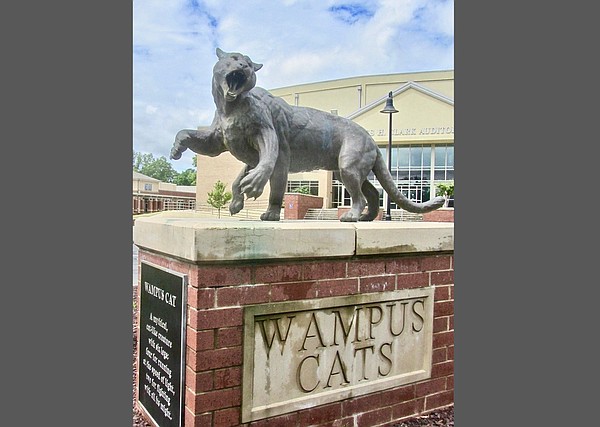 Conway college board has no motion deliberate on divisive curriculum proposal

An eight-page policy to prohibit the teaching and promotion of critical race theory, diverse topics, gender identity and sexual orientation has stoked an ongoing controversy for the Conway School Board.

Residents have seen the board approve policies that police transgender restroom usage and accommodations on overnight trips, ban books from its libraries, showcase an email retention policy that short-circuits Freedom of Information Act requests and, most recently, prohibit public comment at the November and December board meetings.

One anonymous comment posted online said, “Has the Conway School Board finished writing their own history book? They are clearly going to need one since all the real history books used around the country would violate their anti-American policies.”

To work around the ban on public comment, a group of individuals arrived at Tuesday night’s board meeting with signs opposing the board’s latest moves.

According to an online post from the Faulkner County Coalition for Social Justice, members of the University of Central Arkansas’ Young Democratic Socialist group entered the meeting chanting “Trans lives matter.”

Protesters moved to the parking lot of the administration building after facing threats of arrest.

Three protesters were arrested for remaining inside, according to the online post.

The events of the Tuesday board meeting followed a student-led walkout at the high school earlier that afternoon.

Social media posts Tuesday urged those in the community to meet the students at 2:30 pm, at a nearby location to protest safely.

According to the post, the protest was organized to oppose the two previously approved policies, the classroom content policy and to raise attention to the general public.

At the heart of much of the controversy with the board is the policy designed to prohibit divisive topics and more. Policy 5.5.2 “Use or Display of Instructional Materials” would create limitations on how instructors can and cannot “frame” certain lessons and which words they can and cannot say.

Superintendent Jeff Collum said in an October email, “The board is taking no action on this policy at this time.”

However, those in the community argue that the very suggestion of the policy goes against the district’s core values.

Conway parent and resident, Julee Jaeger said in a telephone interview, “The board just doesn’t trust teachers to do their job.”

“We moved here about 15 years ago and we were really excited about how vibrant [Conway] was,” she said. “But now, with this policy and the other policies, it really makes me question the board’s so-called focus on student well-being and student achievement.”

On Friday, Jaeger was forced by Collum to leave a school board luncheon at a district elementary school in which at least three board members were in attendance, according to a report in the Arkansas Times.

On the topic of the classroom policy, Arkansas resident Jennifer Cox said, “This affects us all. This is a despicable attempt to only see American history through the lens of white supremacy.”

She added, “It’s not just about what can or can’t be taught in schools — this is about power and control and our fundamental right to think freely.”

The suggested policy – which was drafted by school district attorney Jay Bequette — claims the teaching of critical race theory, systemic racism and systemic sexism, among other topics, further divides society and undermines a “sound education.”

According to Conway schools spokesperson Heather Kendrick, the policy was drafted alongside the restroom and overnight trip policies back in August.

When asked where the policy came from and who suggested it, Collum said, “The board requested the district’s attorney [to] bring some policy language to review regarding classroom content and decor.”

In a Nov. 2 email, Collum added, “I do not know the specific grounds for [suggesting] the policy.”

Board member David Naylor said in an email to a community member, “The board briefly discussed [the policy] and moved on to other things.”

According to Assistant Superintendent Joel Linn, the policy was discussed in a work session on Sept. 6.

Linn did not address a request for the minutes or recording of the work session.

All correspondence between the board members, Collum, and Bequette relating to the classroom policy were requested by a Democrat-Gazette reporter under the Freedom of Information Act. The request called for any correspondence related to the policy spanning from the time board members Linda Hargis, Jason Sandefer and David Naylor gained seats on the board in May to present day.

However, due to the district’s email retention protocols, the district said it could not provide any emails earlier than Oct. 26

Linn said Wednesday, “The district’s email retention protocols only keep messages that haven’t been archived for three days, so any emails from months ago would no longer be available.”

A request under the FOIA from weeks ago revealed emails between Collum, Sandefer and Bequette regarding the classroom policy.

Despite the ongoing attention the board has received in recent weeks – it appears the emails shown in the previous requests have since been deleted and are “no longer available,” according to Linn.

Champlin asked Collum in a Sept. 3 email, “Who wrote this or where did it come from?”

He added in the email, “My first thought is that the cure is far worse than any symptom. In my eight years on this board, I have never, not once, had any of these things brought up as a problem in our district. “

The suggested policy also lists “gender identity” and “sexual orientation” under the list of topics teachers and staff must avoid.

In an email sent to Collum back in August, Sandefer highlighted the use of gender identity in the proposed policy.

“I see this is used in the existing policy, but, I’m surprised it hasn’t caused some kind of stink since this document seems to refer to gender identity as a mental disorder. Just a comment here.”

There are over 60 words and phrases included in the list.

Instructors are suggested to teach from a “holistic” angle to avoid further dividing people with the concepts listed in the policy.

Observers online argue that the policy would prevent instructors from being able to properly teach students about topics like slavery without altering the facts in order to comply with the board’s regulations.

Sandefer also questioned the penalties that come with not abiding by the policy.

According to the document, employees will face a 30-day leave, without pay, on their first offense.

Sandefer asked, “Should there first be a warning?”

He added, “Maybe I’m missing something, but it seems severe to cut pay for 30 days on a first offense.”

After an employee’s second offense, the district will terminate them, according to the policy document.

The district will also issue a public statement “reiterating its commitment to upholding the fundamental American idea that all men are created equal and endowed by their Creator with unalienable rights to life, liberty, and the pursuit of happiness.”

He will fill the vacancy until the end of the school year.

Milburn’s seat on the board has added to the concerns of people in the community.

After a public speaker at the September board meeting used Bible scriptures to wish death on LGBTQ people, Milburn posted in a Facebook comment, “… I can’t deny that all actions have consequences, some of them eternal.”

“Not only are they bringing focus on discriminatory policies but they are bringing in someone who has a philosophy of slashing budgets and slashing spending at the expense of investment in our children,” Jaeger said of Milburn. “I think that’s where the board could potentially go next.”