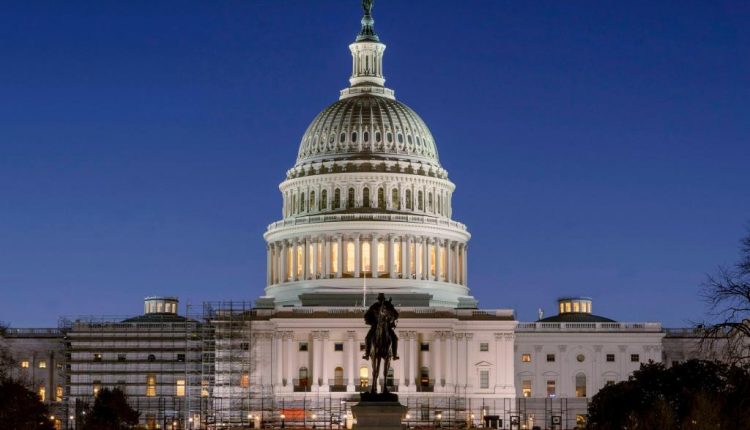 With President Joe Biden’s Build Back Better agenda in ruins, Democrats want to blame Big Business for the mayhem of high inflation and a collapsing stock market.

Now another move against capitalism is in the works.

Sponsored by Sen. Amy Klobuchar and supported by the Democrats’ leading business-basher, Sen. Elizabeth Warren, Senate Democrats want to punish Big Business by pressing for a vote on a bill to break up big technology firms and other companies in the United States . Financial success is seen today by many Democrats as prima facie evidence of a monopoly ripping off the little guy.

Klobuchar’s bill would limit mergers and acquisitions, increase penalties for supposed price gougers, enrich thousands of lawyers as they harass America’s employers and put America’s technological superiority in grave danger as China tries to take over these industries. Note that there are no credible antitrust laws to speak of in China.

Meanwhile, in the House of Representatives, an almost equally dangerous bill is being sponsored by a Republican, Rep. Ken Buck of Colorado. Some of this “punish Big Tech” agenda is being driven by legitimate conservative anger over social media censorship. Those of us on the right are all fighting for more equal treatment and free speech protections on the major social media platforms. Thank goodness we now have crusaders such as Elon Musk talking about cleaning up Twitter’s bias against conservatives.

But mimicking a Klobuchar-Warren agenda, as Buck and too many other “free-market” Republicans are proposing, will only give more power to regulate our tech companies in ways that are unlikely to give a better shake to conservative voices and companies. More likely, bills such as Warren’s and Buck’s would empower Biden regulators to police the internet and prohibit legitimate business practices. That will only give more power to the woke left.

Klobuchar’s bill will ban the way that Amazon Prime and Google Maps operate. This won’t benefit consumers — because their prices are very low. The big winners will be their businesses’ rivals. Many of them are Chinese. The federal regulators are salivating over the new controls and powers to oversee and punish US businesses, and the leftist social justice groups openly boast that the law will give unprecedented new powers to regulate commerce.

Republicans like Buck are pleading with their liberal allies to keep their mouths shut about what this bill would empower Big Government to do. “I will not get a lot of support if there is a picture of Ken Buck and Joe Biden giving a thumbs up towards moving forward on antitrust bills,” he said last month at the 2022 Antitrust and Competition Conference.

Indeed, the biggest winner from the Warren-Buck legislation would be Biden super-regulator Lina Khan. Khan is the young progressive academic who was raked over the coals by Senate Republicans during her confirmation hearing for her wrecking ball approach to business. She sees a monopoly at every street corner.

Again, Buck is worried. “When Khan talks about using antitrust for climate change, labor issues and racial issues,” he complains, “I’ve got a lot of explaining to do on my side.”

Yes, you do, congressman. Why would Buck want to hide from his House GOP colleagues the true intentions of his bill? This is as subversive as saying we will read the bill after we pass it. And to what end?

Free-market Republicans would be wise to scamper away from these bills. It won’t solve the censorship problem, but it will give a sword to Biden regulators whose disdain for profitable businesses is only matched by their contempt for conservatives.

Stephen Moore is a syndicated columnist.

For Many Low-Earnings Households, Getting Method Has At all times Been a Pressure