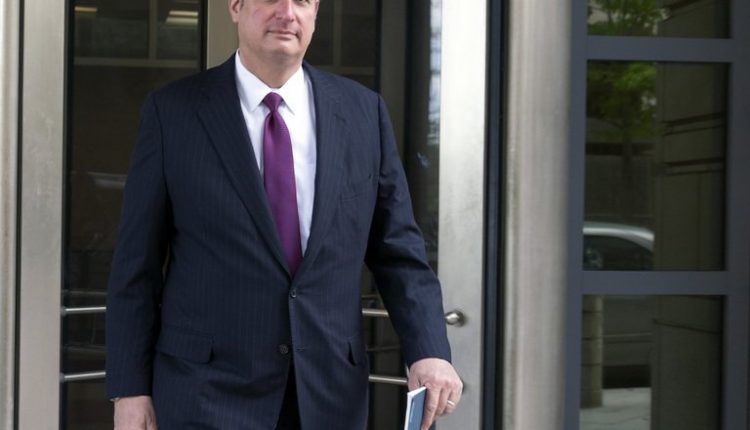 Welcome to Compliance Hot Spots, our weekly snapshot on white-collar, regulatory and compliance news and trends. Today, we preview the upcoming trial of former Perkins Coie partner Michael Sussmann for allegedly lying to the FBI during a 2016 meeting over Trump-Russia allegations. Plus, Jonathan Kanter fills out his leadership team at DOJ’s antitrust division, and a look at lawyers involved in two new SEC crypto-related cases. Please reach out with tips and feedback. Contact me at [email protected] and @AGoudsward on Twitter.

Attorney Michael Sussmann who was charged with lying to the FBI during the Trump-Russia investigation leaves the federal court in Washington, Wednesday, April 27, 2022. Photo: Jose Luis Magana/AP

In October 2018, two dueling portrayals of Michael Sussman appeared in the opinion pages of The Wall Street Journal.

Conservative columnist Kimberely Strassel tore into the former Perkins Coie partner for meeting with a top FBI lawyer weeks before the 2016 election to share information about possible links between then-candidate Donald Trump and Russia. Strassel called Sussmann a “point man” for the firm’s representation of the Hillary Clinton campaign and held up the meeting as proof that the bureau “strayed beyond obvious guardrails” in its zealous pursuit of Trump and his campaign.

A week later, the managing partner of Perkins Coie’s Washington, DC, office offered a retort. Drafting a letter to the editor entitled “Our Man Michael Sussmann is an Honorable Man,” John Devaney Described the attorney as a “nationally recognized privacy, cybersecurity and national-security lawyer” who worked in the US Justice Department under presidents of both parties.

The clashing depictions of Sussmann—the respected cybersecurity lawyer adept at handling sensitive national security issues versus the conniving political operative exploiting his high-level connections in the US government—are likely to be showcased again as Sussmann heads to trial Monday to fight a false statements charge.

Sussmann is accused of lying during the 2016 meeting with James Baker, who was then general counsel of the FBI, when he told Baker that he wasn’t sharing the Trump-Russia allegations on behalf of any client. The indictment brought by special counsel John Durhamwho has been probing the origins of the FBI’s Russia investigation, alleges that Sussmann was representing both the Clinton campaign and a technology executive named Rodney Joffe, who used his expertise and influence in the cybersecurity industry to mine the internet for digital dirt on Trump.

Prosecutors claim Sussmann wanted to obscure the business and political motives behind the meeting, where he shared data and documents purporting to show puzzling online communications between an internet server for the Trump Organization and one for a Russian bank.

Sussmann has denied the allegations, and his defense lawyers at Latham & Watkins have called the prosecution politically motivated and beneath the standards of the Justice Department.

In pretrial motions, Durham’s prosecutors and Sussmann’s lawyers have battled over the scope of the trial. Prosecutors have sought to introduce evidence of a broad conspiracy involving Sussmann, Joffe, the Clinton campaign and others to push Trump-Russia allegations to the FBI.

The defense has sought a narrow proceeding, focused solely on the question of whether Sussmann lied to Baker during the meeting and, if so, whether the false statement had a material effect on the FBI’s investigation.

US District Judge Christopher “Casey” Cooper has taken a balanced approach, allowing prosecutors to introduce evidence about the underlying data collection effort, but precluding arguments about the accuracy of the data or that its collection was somehow “objectionable.”

Cooper also rejected prosecutors’ attempt to include certain evidence under a theory that it furthered a “conspiracy,” finding that the bounds of such a scheme, which was not charged in the indictment, and the exact participants in it were nebulous.

The trial is set to feature testimony from several FBI agents and officials, including Baker and former head of counterintelligence Bill Priestap. Former Perkins Coie partner and powerhouse Democratic lawyer Marc Elias, who now has his own law firm, may also testify. It’s unclear whether Sussmann himself will take the stand.

read my full story here on how Sussmann’s role as a leading cybersecurity lawyer at a Democratic law firm that was helping clients navigate Russian election interference led to this moment. 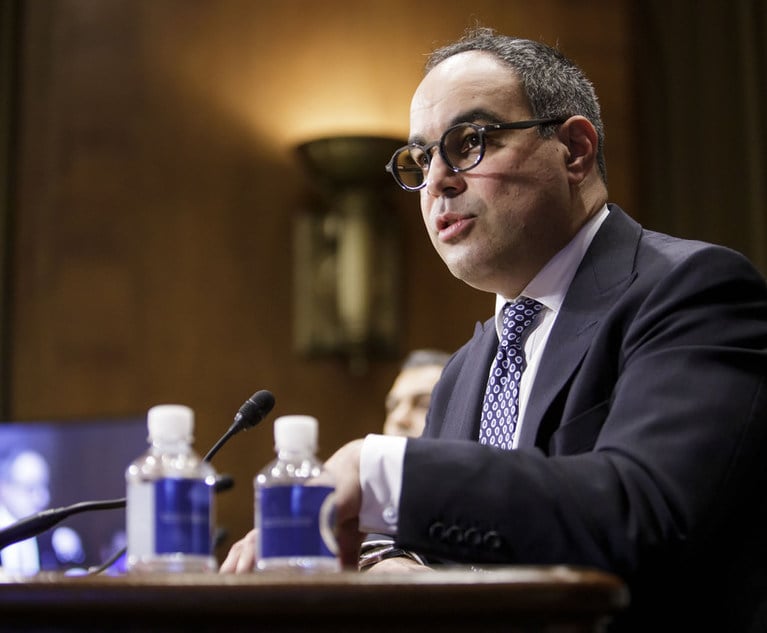 Jonathan Kanter testifies before the Senate Judiciary Committee during his confirmation hearing to be Assistant Attorney General in the Antitrust Division at the US Department of Justice, on Wednesday, October 6, 2021. Photo: Diego M. Radzinschi/ALM

Assistant Attorney General Jonathan Kanter has filled in his front office team at the DOJ antitrust division with a former close colleague from private practice, and a competition researcher who spent two decades at the FTC.

Both will focus on civil enforcement, a department spokesperson said. Kanter has signaled that DOJ will stake out a harder line in civil litigation, eschewing settlements in favor of litigation cases with an eye toward reshaping antitrust law.

Forman has worked with Kanter in three different Big Law firms. They both worked as associates at Fried, Frank, Harris, Shriver & Jacobsonmade partner at Cadwalader, Wickersham & Taft and then followed their mentor, Charles “Rick” Ruleto Paul Weiss in 2016.

Forman left Paul Weiss last year months after Kanter struck out on his own to start an antitrust plaintiffs and advocacy firm.

Kades spent 20 years at the FTC, including stints as attorney adviser to then-Chairman Jon Leibowitz and deputy chief trial counsel for the Bureau of Competition.

While at the FTC, Kades was detailed in 2015 to serve as counsel to Sen. Amy Klobuchar, D-Minnesota, one of the leading advocates for stronger antitrust enforcement on Capitol Hill and now the chair of the Senate Judiciary’s subcommittee on Competition Policy, Antitrust , and Consumer Rights.

You may remember earlier this year reports emerged that Kanter’s hiring of his front office staff was delayed over diversity concerns from the White House. 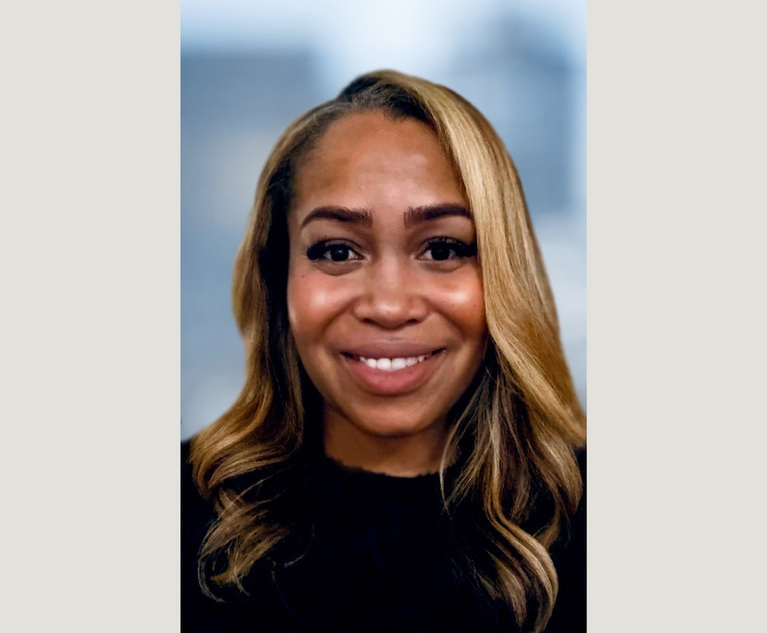 Weil, Gotshal & Manges has brought on a long time Gibson Dunn & Crutcher appeal lawyer Mark Perry as part of the firm’s effort to build out its DC office. Perry, the co-chair of the appellate and constitutional law practice at Gibson Dunn, focused on complex commercial litigation at the trial and appellate levels, my colleague Patrick Smith reports.

honey man has bolstered its investigations and white-collar defense practice in DC, with the arrival of DOJ veteran Denise Barnes. Barnes, who most recently worked as a trial attorney in DOJ’s civil commercial litigation branch, will focus her practice on compliance, white collar and regulatory investigations, and complex commercial litigation. My colleague Bruce Love has more here.

Foley & Lardner lured former SEC counsel Jim Lundy away from Faegre Drinker Biddle & Reath. Lundy will be a partner in Chicago in the firm’s securities, enforcement and litigation practice group. Lundy spent nearly 12 years in the SEC’s Chicago office, serving in the enforcement division and as senior regulatory counsel in the Division of Examinations. read more here.

Who Got the Work

akerman is representing the founder of a crypto investment platform, Luiz Capuci Jr., who is facing fraudulent charges from the SEC for allegedly running a $62 million fraudulent crypto mining and investment scheme. Capuci’s defense team includes Akerman white-collar co-chair Jacqueline Arango and partners Sarah Brubaker other Jonathan Robbins. The California business litigation firm Wellman & Warren is also part of Capuci’s defence. Capuci was also indicted by the Justice Department last week in the Southern District of Florida. Counsel have not yet entered appearances in the criminal case. Read the SEC’s complaint here.

Patrick Gibbs, the head of the securities litigation department at cooley, represented technology company NVIDIA Corporation as it paid $5.5 million to settle SEC allegations that the company failed to tell investors that cryptomining was a significant source of revenue growth for its gaming business. NVIDIA did not admit wrongdoing as part of the settlement. Read the SEC’s order here.

>> Facebook Deliberately Caused Havoc in Australia to Influence New Law, Whistleblowers Say. “Facebook documents and testimony filed to US and Australian authorities by whistleblowers allege that the social-media giant deliberately created an overly broad and sloppy process to take down pages—allowing swaths of the Australian government and health services to be caught in its web just as the country was launching Covid vaccinations.” [WSJ]

>> Antitrust Chief Barred From Google Cases Amid Recusal Push. “The Justice Department’s top antitrust official has been barred from working on monopoly investigations of Alphabet Inc.’s Google as the department wrestles with whether he must recuse himself because of his previous work for the search giant’s rivals, according to people familiar with the matter .” [Bloomberg Law]

>> Analysis | Expect Aggressive Antitrust Enforcement and Novel Theories. “Based on the events that featured representatives from the enforcement agencies, it was clear that the DOJ and Federal Trade Commission (FTC) have been attempting to meet the Biden administration’s progressive antitrust agenda.” [NYLJ]

>> US SEC extends comment period on climate risk proposal. “Gary Gensler, who heads the agency that regulates Wall Street, said the SEC extended the deadline in response to “significant interest” from a wide range of investors, issuers, market participants and other stakeholders. The initial public comment period on the proposal is set to expire this month.” [Reuters]

Why Gained’t Extra Older Individuals Get Their Covid Booster?