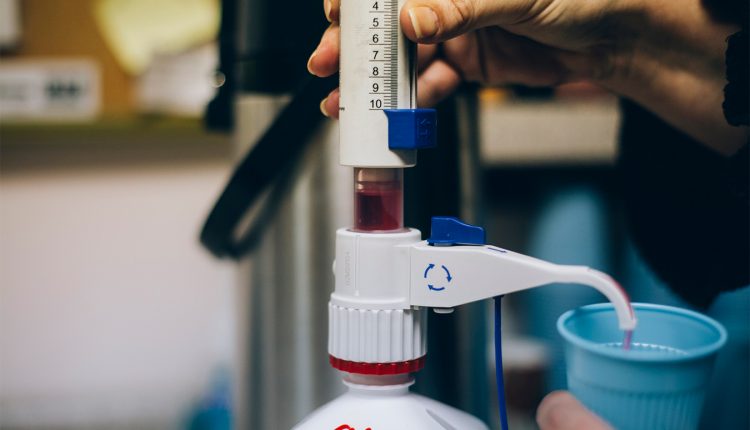 
Days typically start early for patients undergoing opioid addiction treatment at Denver Recovery Group’s six methadone clinics in Colorado. They rise before dawn. Some take three buses to get to a clinic by 5 a.m. for a 15-minute conversation with a counselor and their daily dose of methadone, all before they go to work or take their kids to school. Some drive more than an hour each way from Longmont or Steamboat Springs.

“They’re coming from a billion miles away,” said Dr. Andreas Edrich, the clinics’ chief medical officer, noting their strong motivation to get care compared with other patients who struggle to stick to a simple medication regimen. “Most people can’t take their blood pressure to save their life, and that’s in their kitchen cabinet.”

Patients who take methadone, a synthetic narcotic used to treat opioid addiction, must jump through more hoops than perhaps any other patient group in the U.S. due to rules dating back five decades. Proponents for easing the rules say the pandemic has shown certain constraints serve more as barriers to care than protections. And consensus is growing among clinicians, patients, and regulators that it’s time for change.

“There’s probably very few folks who work in the field who feel like we should continue the status quo,” said Dr. Shawn Ryan, a board member for the American Society of Addiction Medicine.

Now officials at the Substance Abuse and Mental Health Services Administration are considering permanent changes to federal methadone rules. A National Academy of Medicine workshop on methadone regulations on March 3 and 4 may signal an inflection point.

Additionally, Sens. Ed Markey (D-Mass.) and Rand Paul (R-Ky.) have introduced a bill that would codify the rules loosened during the pandemic, which allowed flexibility on take-home doses, telehealth, and treatment vans. It would also allow pharmacies to dispense methadone for opioid use treatment.

Any changes to federal rules, however, could face significant resistance from methadone clinics — many of them for-profit — whose financial models are built on daily patient encounters, counseling, and regular drug tests.

“There are some entities who have a financial interest in keeping things the way that they are,” Ryan said. “Change costs money.”

Currently, methadone can be dispensed only through federally regulated opioid treatment centers. Patients, at least initially, have had to show up in person each day to get their dose until they had proven themselves stable, primarily out of concern that they would sell the methadone or take more than their daily dose, risking overdose.

But the covid-19 pandemic prompted federal authorities to loosen methadone regulations, allowing more patients to take doses home and rely on telehealth consultations instead of in-person visits. Studies have found the flexibility didn’t result in any increases in overdoses, illicit sales of methadone doses, or people dropping out of treatment. Instead, patients have reported greater satisfaction and a higher willingness to follow their regimens.

“From that standpoint, the pandemic was an absolute blessing in disguise,” Edrich said.

One study found that the number of methadone take-home doses nearly doubled during the pandemic.

That real-world experiment showed that many of the methadone rules might not be needed.

“In most other countries in the West, including Canada, it’s much easier to get access to methadone treatment,” Amram said. “You can get it in most pharmacies.”

But an Oregon Health & Science University survey of 170 methadone clinics found that fewer than half permitted new patients to take home a 14-day supply despite the loosened guidelines, and about two-thirds allowed existing, stable patients to receive the full 28-day allotment allowed.

“At the end of the day, patients with opioid use disorder want to be treated like everybody else,” said Dr. Ximena Levander, an assistant professor of medicine at OHSU and a co-author of the study. “There are a lot of other high-risk medications we dispense in medicine, but it’s only this one medication where it’s required for patients to go to this specific place to get treatment.”

Opioid treatment programs generally get reimbursed on a fee-for-service model: The more services they provide and the more tests they run, the more they get paid. A shift to a model in which a person comes to the clinic only once a month could severely restrict their revenue. According to a federal survey of methadone clinics, 41% were run by private for-profit companies in 2020, up from 30% in 2010.

And with cash payments, she said, no health plans are involved to question whether the services are medically necessary.

“The rules and regulations protect our patients, give us parameters to work within, and also keep us safe as providers,” she said. “It’s a very risky business because you’re managing people’s lives with narcotics.”

Many patients, she said, end up appreciating the routine that creates the good habit of taking their methadone at the same time every day. Patients who haven’t put in the time or shown they’re not using illicit substances “haven’t demonstrated some of that entitlement,” Vincioni said. “Loose structure has been to their detriment.”

Vincioni suggested the clinics should have more leeway to decide when somebody is ready for take-home doses and to rely on their clinical judgment rather than strict parameters. Currently, if doses are diverted or the patient overdoses, the clinic could face repercussions.

“If something happens, it’s your butt,” she said. “That’s part of what has prevented us from doing a lot of that loosening up.”

There’s also a racial-equity component. It’s often said that Black patients get methadone, which carries a stigma, while their white counterparts get Suboxone, a drug that prevents cravings for opioids. Part of that is because methadone clinics are often located in minority neighborhoods.

Levander said the recent focus on racial justice is driving momentum for changes to methadone rules.

“A lot of the federal regulations have a very racist history and undertone,” she said. “One of the things that is helping to catalyze this change is that motivation to try to right a wrong.”

Christopher Garrett, a SAMHSA spokesperson, said the agency can make some changes to methadone regulations on its own and is currently reviewing the flexibility granted during the pandemic. The agency has indicated that it plans to extend the flexibility for take-home doses another year, regardless of when the public health emergency ends.

Advocates caution that federal and state rules often conflict with each other, and sometimes are poorly aligned with the payment structure from Medicare, Medicaid, and other health plans. A Pew Charitable Trusts analysis, for example, found that in many states fewer than half of the opioid treatment providers accept Medicaid.

The two-day National Academy of Medicine workshop this month is expected to culminate in a report with possible policy change recommendations.

“I’m hoping that the momentum is now finally here,” said Dr. Gavin Bart, director of addiction medicine at Hennepin Healthcare in Minneapolis. “This is now being taken quite seriously.”

HIV Preventive Care Is Alleged to Be Free within the US. So, Why Are Some Sufferers Nonetheless Paying?