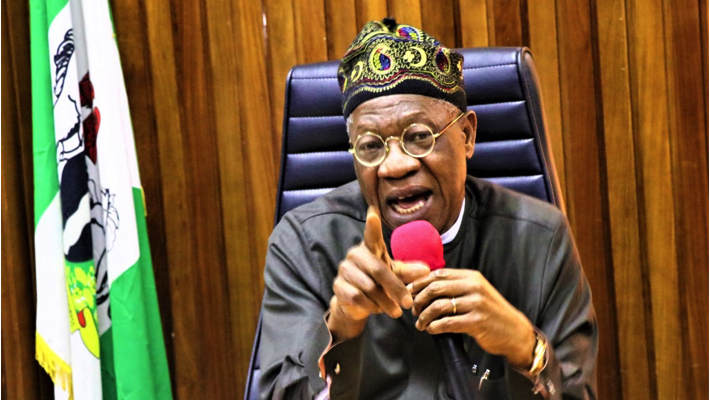 President Muhammadu Buhari regime on Monday vowed to continue to regulate the social media space, stating that culprits learned the tricks of money rituals from those platforms.

The Minister of Information and Culture, Lai Mohammed in Abuja, said that some culprits confessed to learning the skills from social media platforms.

Mr Mohammed said this had given further impetus to the government campaign to rid social media of harmful content.

“Call it social media regulation or whatever, no serious nation today will allow its social media space to be suffused with dangerous content.

“As we have said many times, we have no intention to stifle the media or constrict the social media space.

“But we will not relent in our efforts to ensure a responsible use of social media,” he said.

The minister said the Buhari regime plans to inaugurate a national sensitization campaign against ritual murders.

Citing recent incidents of money rituals, Mr Mohammed said, “one of them said they learned about using human parts for money rituals from social media”.

In raising national awareness on the scourge, he said the National Orientation Agency (NOA) was already partnering with religious and traditional organizations and Non-Governmental Organizations (NGOs).

To mitigate this, Mr Mohammed said he had directed the National Film and Video Censors Board to consider the issue while performing its role of censoring and classifying films and videos.