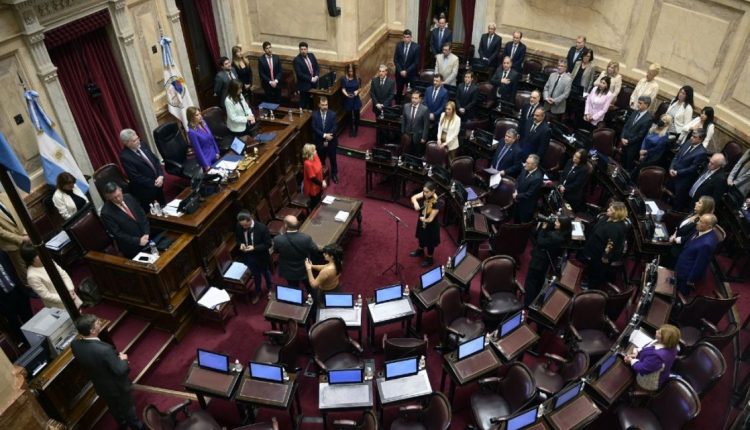 Weeks of civic unrest in Argentina culminated on September 1 in a historic assassination attempt on Vice-President Cristina Fernández de Kirchner, ostensibly foiled by a weapon malfunction. And while the nation’s unified shock in the immediate aftermath of the attack inspired hope for a more cordial and cooperative era in national politics, the barrage of insults and accusations levied in the intervening days by members of the ruling and opposition coalitions has been enough to disabuse even the most starry-eyed optimist of such a labored delusion.

In response to the incident, which has dramatically increased the intensity of Argentina’s already fervid political discourse, the National Institute Against Discrimination, Xenophobia and Racism (INADI, in its Spanish acronym), summoned top federal officials to discuss a framework for legislation to counter hate speech. A statement released by INADI the day after the failed shooting attempt emphasized the need for intervention in order to reduce extremist actions.

“Given the attempted assassination of Vice-President Cristina Fernández de Kirchner in the context of growing political violence based on hate speech, there is an urgent need to expand the democratic and federal debate of a parliamentary initiative that seeks to put an end to anti- democratic expressions and actions,” it read.

According to the statement, a preliminary meeting to discuss the proposed legislation was originally scheduled for Thursday, September 8. It would include the participation of the National Ombudsman’s Office, the Institute against Discrimination of the City of Buenos Aires, as well as top government officials whose roles are related to the matter.

But in an apparent response to a wave of backlash against the proposal, Presidential Spokesperson Gabriela Cerruti this week issued a statement assuring Argentines that the Fernandez administration was not considering any such policy, and that existing laws to prosecute incitement to violence and political discrimination are already sufficient.

INADI, which is overseen by the Justice & Human Rights Ministry, was established in 1995 to monitor and address discriminatory acts, specifically those perpetrated against Argentina’s minority communities. The agency is currently directed by Victoria Donda, founder of the feminist–socialist Somos wing of the ruling Frente de Todos coalition.

In a Sunday op-ed penned for Infobae, Donda echoed and expanded on the initial INADI statement, claiming that the attack against CFK was “the most predictable event of political violence in contemporary Argentine history,” going on to single out opposition politicians Mauricio Macri , Patricia Bullrich, Javier Milei, Amalia Granata, and Ricardo López Murphy as bearing a unique responsibility..

All of the aforementioned figures have drawn sharp criticism from the government in recent years for their high-profile messaging and maneuvering. Granata, though, has altered a particularly spirited reaction. In a characteristically emotionally charged tweet, she described the attack on Fernández de Kirchner as “a staged pantomime” – a remark which caused Frente de Todos provincial caucus leader Leandro Busatto to call for her expulsion from Santa Fe’s provincial chamber of deputies.

Conversely, there are many Argentines who view the ruling party’s attribution of blame — and INADI’s subsequent legislative proposal — as a threat to legitimate expressions of criticism, an unsurprising conclusion given the political importance of the vice-president’s ongoing corruption trial for alleged public works graft .

“This attribution is as irrational as the attack itself and could endanger the lives of journalists, the integrity of the independent media and, subsequently, democracy itself,” stated former president Macri in a statement published on social media.

“Nothing more authoritarian than accusing the opposition, justice and the media of the attack on the vice-president. We will not allow it. Once again, Kirchnerism attacks the foundations of democracy,” she posted on social media.

Many remain unconvinced that the INADI proposal reflects an earnest and impartial attempt to solve the problem of political violence.

Diego Corbalán, a journalist focused on trends in digital media, argues that Donda’s proposal is merely the latest effort by the ruling coalition to muzzle dissidents, claiming that it resembles the infringements of other South American nations, such as Venezuela’s 2017 Law Against Hatred.

“I’m very worried. Kirchnerism has been slowly advancing in the rhetorical construction of a foundation to advance on those it considers its political enemies,” Corbalán told The Times in an interview.

“This phenomenon is a totalitarian drift that we have already seen progressing in other countries of the region — and that, unfortunately, should not be ruled out in Argentina.”

Responding to questions via email, Amnesty International Argentina’s Executive Director Mariela Belski acknowledged the legitimacy of interventions to reduce hate speech while also urging lawmakers to be cautious of adopting the sort of vague legal terminology that can be strategically politicised.

“I think the State has the responsibility to intervene against the circulation of hate speech, as well as to promote discourse that accompanies and promotes inclusive and pluralistic actions, and that strengthen social groups in vulnerable situations,” Belski told the Times. “However, we must point out that in the face of this new and growing attention to this issue in Argentina, there is a risk that the broadness of the issue could lead to a hollowing out of its content. It is essential to make sense of what we mean by hate speech on the basis of international human rights standards in order to define in which exceptional cases it represents a reasonable limit to freedom of expression. Otherwise, we run the risk of the term hate speech being conceptually emptied of meaning and used for partisan political purposes, blurring the focus of the conversation.”

The push to combat ‘hate speech’ within Argentina reflects a much broader global trend. Throughout the world, governments are investigating strategies to play a more active role in tempering discourse, particularly in the digital realm. Invariably, these initiatives divide leaders along party lines.

In Canada, Justin Trudeau’s Liberal government has introduced a bill to criminalize ‘hate speech’, defining “hate” as “the emotion that involves detestation or vilification and that is stronger than dislike or disdain.” Under the Liberal’s proposed framework, digital media companies would be charged with removing all posts that meet this sweeping definition. The opposition Conservatives, joined by the Canadian Civil Liberties Association, immediately came out against the proposal, warning of its chilling effect on legitimate discourse.

In various rulings, the Supreme Court of the United States has deemed that much of what would be classified as ‘hate speech’ in other liberal democracies is constitutionally enshrined by the First Amendment. The terms of service agreements devised by private corporations like Twitter, Facebook, and Instagram, however, are able to be as restrictive as their drafters choose, a reality that has resulted in many high-profile figures receiving lifetime platform bans for speech that does not , per se, violates criminal or civil law.

In the Infobae article, Donda cites France and Germany as jurisdictions that could serve as models for future legislation. Both countries have passed laws requiring social media companies to be more aggressive in their content moderation policies. The key provision in the French law, for example, compels social media companies to remove content deemed ‘hateful’ by user reports within 24 hours. It is important to note, however, that both the French and German laws have been significantly circumscribed by their national courts and criticized by human rights organizations for violating the freedom of expression.

There is reason to believe that any attempt to regulate ‘hate speech’ in Argentina would be made on a similarly tenuous legal basis.

“I think that any regulation of ‘hate speech’ in Argentina would be deemed unconstitutional by the Supreme Court,” author and lawyer Natalia Volosin told the Times. “The way in which free speech is constitutionally and conventionally regulated in Argentina by the Inter-American System [for the Protection of Human Rights] would make any such attempts both unconventional and unconstitutional. We can, of course, and we actually do legislate on hate crimes, but we wouldn’t be able to limit speech ex ante in any other way.”

Moreover, any proposal actually agreed on within the Fernandez administration would face staggering opposition in both the upper and lower chambers, neither of which are controlled by the governing Frente de Todos.

Volosin added that considerations of legal pragmatism may be subordinate, however, to those of civic unity.

“Even beyond constitutional or conventional arguments regarding free speech, the question with any such regulation is as follows: Are we confident that we have an institutional structure that is independent enough and trustworthy enough to delegate such functions as saying what hate speech is and isn’ t?

“In Argentina, we don’t even have such confidence in the Judiciary, which has many regulations that try to guarantee its insulation from politics and power at large. We would have much less confidence in any other type of entity, especially if it is within the jurisdiction of the executive branch.”

Indeed, the debate surrounding hate speech is as bound up in partisan determinants as every other facet of national politics – inextricably. A successful attempt at regulation appears improbable so long as that remains true.

The Unintended Penalties of COVID-19 Vaccine Coverage – The Wire Science