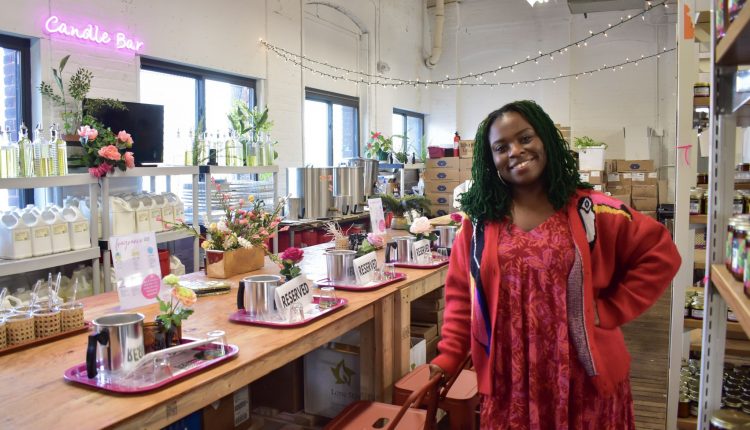 Bridgeporter’s candle enterprise grows due to TikTok, pandemic: ‘It was wild’

After her daughter Tiffany was born with spina bifida and had multiple surgeries that left her skin sensitive, Annya Brown became interested in gentle, natural products she made herself. Six years later, Natural Annie Essentials, her eco-friendly vegan candle brand, has had viral moments on TikTok and has nearly 30,000 followers on Instagram.

“We saw so many people coming into our store from all parts of Connecticut,” said Brown, a Bridgeport resident originally from St. Ann, Jamaica.

She caught the attention of a wide audience when one of her TikTok videos went viral last November. The video follows a popular trend of using a remix of Harry Styles’ “Watermelon Sugar” and SEB’s “Seaside” to introduce themselves on TikTok. In the video, Brown asks, “Where are my Connecticut people?” and then writes that she’s from Bridgeport. The video received more than 29,000 likes.

After opening her account in 2020, Brown has found that TikTok brings more local customers to her shop, while Instagram focuses more on the national audience. The @naturalannieessentials TikTok account had around 500 followers, and within three days of the video posting it had over 10,000, Brown said.

Currently, the brand has almost 12,000 followers on TikTok.

While social media fame is new, Natural Annie Essentials isn’t new to the market. Back in 2015, Brown opened her Etsy shop selling skincare, bath, and body products. Then, after earning an aromatherapy certification, she switched the business to soy candles.

Brown is also focused on having a family-oriented business. Most of her team consists of family members and her daughters, husband and mother are often featured in her TikTok videos.

“It was really important for me to be able to share that part of me with my family and do business together,” Brown said.

The pandemic hasn’t slowed Brown’s business — in fact, it’s grown during that time. In November 2020, Natural Annie Essentials relocated its operations from Brown’s home to a studio at 1313 Connecticut Ave. in Bridgeport.

Brown’s products are available both in the studio and at well-known retailers such as Walmart and Amazon. Natural Annie Essentials also hosts candle making events at the studio.

Brown also plans to open a physical store in Bridgeport in the near future.

“It’s been an amazing journey just connecting with so many different stores and getting our products to market,” said Brown.