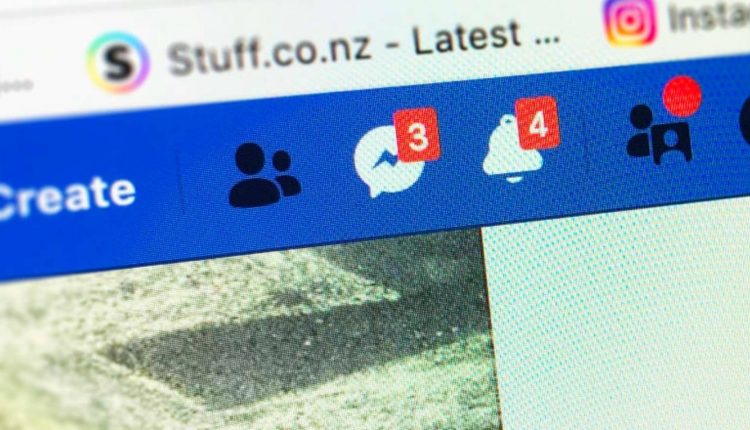 Interior Minister Jan Tinetti’s announcement that he will review the regulatory framework is bigger than many suspect.

What last week’s press release really meant when it said that “New Zealanders will be better protected from harmful or illegal content by working on creating a modern, flexible and coherent regulatory framework” was that the government is about to step up and to regulate social media platforms.

Tinetti confirmed to Newsroom after announcing that an intended outcome of the review was a legal framework designed to guide companies like Facebook in moderating content on materials covered by New Zealand law.

CONTINUE READING:
* The censorship regime is facing an upheaval
* Facebook ends a long-standing exception for politicians who break its rules
* Christchurch Call focuses on technology company algorithms, with six countries joining
* The government wants to filter the internet. Is this a good idea?

“I met with Facebook and a few others and they told us they were very supportive of this review. That’s exactly what we’re trying to achieve with it, ”she said.

“The principle of state regulation is fine in this regard. The government regulates content in all forms of media one way or another and there is no reason or principle not to do it online, ”he said.

The review is broad in scope and includes broadcasting and advertising standards, the Harmful Digital Communication Act, the classification system and the chief censor’s office, and areas not covered by existing laws such as misinformation and disinformation.

“That has been discussed for a long time. In fact, it was first discussed in 2008. Since then, ministers have tried at different times to get it off the ground, ”she said.

“We essentially have six different frameworks or different systems or regulatory functions that regulate the media or content in New Zealand. Most of these systems were developed in the 1980s or 1990s or were suitable for that time. “

The resulting consolidated framework would be platform and medium neutral. In other words, it would apply the same legal force to printed leaflets distributed in mailboxes as well as Hollywood films and Facebook posts.

However, all of this was subject to the results of targeted deliberations which are just beginning. After that, Tinetti would bring a paper to the cabinet. But she told Newsroom that no big tech companies had spoken out against regulation in the talks she’d had with them.

Jan Tinetti told the newsroom that no large technology companies have spoken out against the regulation – at least so far.

Carter said it was good to see the government moving in that direction, but he wanted to expand the scope of the emerging review.

“The scope feels a bit tighter than we would have liked. It seems to focus on regulatory adjustments rather than taking a comprehensive look at what we like to call the media or information ecosystem, ”he said.

“But it didn’t completely seal it off. It was said that there was a formal consultation. We will argue this point again because the regulatory system is part of it, but if you don’t think of the information system as a whole, we will never get the results we want. “

“If you just say there is a malicious content problem here and we want to regulate it to address it, you are probably still working in a tight silo and not getting the results you want.”

In a February report to Tinetti released under the Official Information Act, Chief Censorship David Shanks outlined some of his own thoughts about a future review of the media regulatory system.

Chief Censorship David Shanks would like guidelines for dealing with borderline content that may not violate the law or be subject to regulations, but which still need to be addressed.

This includes guidelines for dealing with borderline content that does not violate any law or regulation, but still needs to be addressed.

“Internationally, we have found that these types of issues have raised awareness of categories of content that can be seriously misleading and even harmful, but that are not illegal,” he said.

“What to do with content that can be harmful but not illegal and that can be disseminated or amplified by platform algorithms is one of several topics covered in a fundamental review of New Zealand media regulation.”

Schooling on ‘D-slur’ takes to TikTok and social media