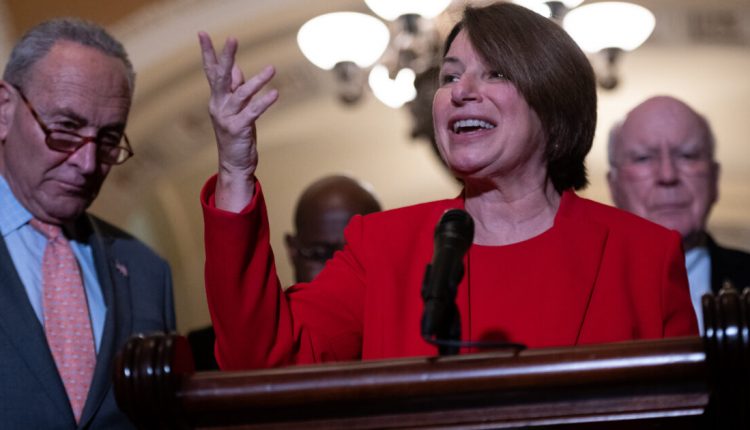 Is it me or does the Facebook whistleblower’s “bombshell” revelations seem like a lot of ado about very little? Former product manager for the company, Frances Haugen, has turned over thousands of internal documents to the Securities and Exchange Commission and the Wall Street Journal that say more about the state of American culture than it does about the social media company.

“Nobody on Facebook is malicious, but the incentives are misaligned, right?” Haugen told CBS News. “For example, Facebook makes more money when you consume more content. People like to deal with things that provoke an emotional response. And the more anger they are exposed to, the more they interact and the more they consume. “

If that’s the problem, you might as well blame newspapers, television news, talk radios, and political parties, all of which benefit from stirring the pot. For some reason, people prefer conflict over happy thoughts about puppies (although there are plenty of them on Facebook). Are we blaming the medium or the human condition?

Haugen shared an internal Facebook poll showing that Instagram exacerbates suicidal thoughts and exacerbates teenage eating disorders. I would never downplay a teenager’s troubles, but Haugen seems pitifully naive. Young girls have always compared themselves to the photos of models in magazines. Teens were vicious long before Instagram.

Are we again blaming social media or something deeper? The same goes for commentators who post arson on their Facebook pages. These are platforms that people use for better or for worse. This nonsense reminds me of liberal politicians blaming video games for gun violence and conservative politicians blaming Hollywood films for eroding the nation’s morale.

It’s time to grow up. The problem with the recent hysteria: a barrage of new rules and regulations is sure to follow. As the Wall Street Journal noted, Haugen’s testimony before Congress “builds the momentum for tougher technology laws.” Of course it does, and the Conservatives – who are on the receiving end of everything that happens – will only be their own fault.

“(T) he time has come for the regime and the digital medium to face long overdue fair compensation,” wrote Josh Hammer in The American Mind in a typical conservative inflammatory speech against technology companies. Hammer calls on Congress to “break the ‘Mountain View-Menlo Park-Nexus of Awakened Left Corporatism …

To paraphrase HL Mencken: Conservatives can get what they deserve, good and hard. Congress makes proposals to contain technology companies, including efforts to repeal the Section 230 rule of the Communications Decency Act, which protects those companies from liability for the contributions of individuals. Without this rule, these platforms would never have taken off.

By getting rid of this regulation, many conservatives think they will penalize tech companies for their supposed censorship of conservative views, but the opposite is more likely. The companies won’t let their sites become the equivalent of your spam folder – so they do what the progressives want and strictly control everything that is posted.

For a glimpse into the future, read the Health Misinformation Act of 2021, sponsored by Sens. Amy Klobuchar (D – Minn.) And Ben Ray Luján (D – NM). It would remove section 230 protection from technology platforms during a health emergency if they allow misinformation to be disseminated. Every freedom-loving American should recognize the obvious flaw.

“What is health misinformation?” asked New York Times columnist Farhad Manjoo. “I don’t know of any oracular source of truth about COVID-19. The scientific consensus has shifted dramatically during the pandemic, and even now experts are divided on key issues such as whether everyone should get a booster.” Bingo.

Indeed, Klobuchar and Luján identified the nation’s oracle of truth in the text on p. 2448: “(T) he Secretary for Health and Human Services … will issue guidelines on what constitutes health misinformation.” In other words, we are all free to post any information with HHS Secretary Xavier Becerra – the former California attorney general known as a partisan hacker.

Here is a WG that has used its title and summary writing authority to undermine the chances of electoral initiatives that it disliked – and it will be calling for fair health-related discussions? Good grief. Even if Becerra were the Oracle of Delphi, no government official should have the power to investigate “misinformation”.

It is unlikely that this bill will constitutionally get through. The First Amendment does not apply to the content moderation practices of private social media companies, but it would apply to a federal mandate that companies place under the Health Tsar. Bad legislation is the expected outcome when we join the Facebook is Satan hysteria.

Feel free to blame Facebook for your illnesses – and the fear of your teenage children – but this legislation reminds us that for all the problems private businesses cause, the government is always the greatest threat to our well-being.

This column was first published on the Orange County Register.