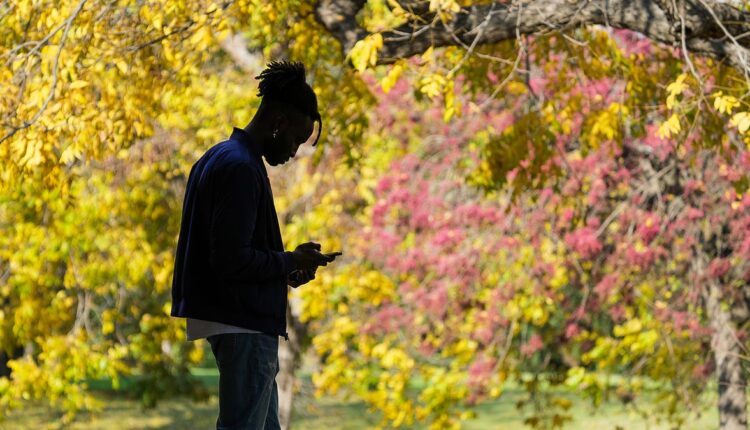 Platforms like Facebook, YouTube, Twitter and newer social media iterations like Reddit are not the only causes of political polarization, but they do make it worse. For the sake of civil discourse, our national fabric and a healthy American Middle, the platforms that sow polarization must be part of the solution.

{James]Madison’s warning that extreme polarization could erode our democracy seems to ring truer each day. While partisan differences are natural and even healthy, discourse that doesn’t allow for the common good to emerge is destructive. And at times it is an uncomfortable truth that we sow the seeds of our own destruction when we accept extremism as normal discourse and allow the tools of the modern world to amplify its reach and influence.

Modern technology has created important tools that we didn’t fully understand, and require a serious reevaluation and new regulations and protocols to encourage conversation, not hostility. Speech is powerful and must be respected for giving participants a meaningful voice, something authoritarian societies overtly ban.

However, free speech is not the same thing as an unregulated commercial communications system. Absent the bounds that can encourage the civil exchange of ideas, we are left with unproductive rants and malignant influences on politics, culture, national security and democracy. It is the reason we have speed limits and rules of the road and guardrails on all sorts of human interactions.

Our nation is strongest when it allows disputes to be peacefully worked out and trusts core institutions. Restoring The American Middle depends on social trust and civil discourse as the foundation of constructive civic engagement.

Dec 18 editorial, “Fired cops are getting rehired elsewhere in Texas. Why are lawmakers letting it happen?”

Texas has an enormous number of law enforcement agencies — 2,800 statewide, more than California, New York, Florida and Illinois combined. The state has so many specialized police forces — including for water districts, the pharmacy board, and the state Lottery and Racing commissions — that even the Texas Board of Podiatric Examiners unsuccessfully pushed for one.

“TCOLE [Texas Commission on Law Enforcement] and the state Legislature have just sat there on their duff and have made it easier for political subdivisions to create second- and third-tier law enforcement,” Charley Wilkison, executive director of the Combined Law Enforcement Associations of Texas, told the editorial board.

The Sunset Advisory Commission agrees. In its audit of TCOLE released last month, it noted that the agency has never denied registration to a new law enforcement agency and lacks the authority to do so. And unlike other state occupational licensing and regulatory programs, TCOLE has virtually no role in setting or enforcing professional conduct standards. TCOLE’s authority to permanently revoke a peace officer’s license is mostly restricted to cases of officers convicted of felony or certain misdemeanors, or being placed on community supervision, according to state administrative code. Whereas the Texas Medical Board and the State Bar of Texas must uphold statewide standards of conduct for doctors and attorneys no matter where they work in the state.

Despite these findings, the Sunset Commission endorsed continuing the law enforcement commission for another two years, while urging the state to establish a blue ribbon panel to “evaluate the regulation of law enforcement in Texas and make recommendations for needed changes.”

We believe the state should go a step further and adopt some of the recommendations offered by Texas 2036, including pushing the Legislature to re-define the discharge categories for terminated officers to be “neutral, fact-based, and descriptive,” and make them publicly available. Lawmakers could also mimic states such as California and New Jersey, and pass a bill that gives the Texas Commission on Law Enforcement broader authority to decertify peace officers who commit acts of misconduct. A good place to start would be giving a proper hearing to a bill proposed by state Sen. Juan Hinojosa, D-McAllen, which would direct TCOLE to make policies for investigating licensed officers for disciplinary action and give them the power to temporarily suspend a license on an emergency basis for “improper or unlawful acts.”

SAN ANTONIO — In this momentous political era, one of the most dramatic events came on Monday, when the Jan. 6 House Committee recommended criminal charges against former President Donald Trump for his role in the attack on the US Capitol.

While the recommendation carries no official weight and the question of prosecution falls to the Justice Department, it validates the committee’s work and underscores the gravity of the Jan. 6, 2021, insurrection.

The move was also courageous because it is sure to create further division in an already fractured nation. Indeed, Trump himself tried to exacerbate that polarization with his inflammatory comments before the committee released its criminal referrals.

“Republicans and Patriots all over the country must stand strong and united against the Thugs and Scoundrels of the Unselect Committee,” Trump wrote on his Truth Social platform. “It will be a dark period in American history, but with darkness comes light!!!”

The remarks were full of the anger and hyperbole we expect from the former president, but the House committee has worked diligently and conscientiously for the past 18 months.

In its investigation of the attack — and the false allegations of voter fraud that sparked it — the committee has struck a tone in stark contrast to the ranting of the ex-president.

Dec 17 editorial, “Holiday visits with aging parents can spark concerns about their mental and physical health.”

[Chris Orestis, president of Retirement Genius] offers a few things for those who are concerned about aging parents to be on the lookout for:

■ Physical deterioration. Be aware of potential signs such as significant weight loss, balance issues and falling, and loss of strength and stamina. “You might also see loss in what is known as ADL — activities of daily living,” Orestis says. “That includes such things as the ability to dress, eat, shower or use the toilet independently.”

■ Mental impairment. It’s easy and tempting to blow off loss of memory or confusion about names, dates and locations as just a “senior moment,” he says. “But cognitive impairment is an important warning sign that you should be on the lookout for dementia and Alzheimer’s. These conditions can worsen quickly and can lead to many physical breakdowns and safety issues.”

■ Lifestyle impairment. Maybe your parent was one of those sticklers for the adage “a place for everything and everything in its place,” but now the home isn’t kept so neatly. “You may even encounter things that are oddly out of place, such as a house plant in the refrigerator or pots and pans in the bathtub,” Orestis says. “Even more concerning, you might see signs of physical damage because they crashed the car into a fence or the wall of the garage, or there are burn marks on the kitchen wall from a flash fire. It’s important to remember that long-term care is not only a matter of health care, but also a matter of safety.”

Confronting the fact that a loved one has transitioned from being independent to dependent — in one way or another — can be difficult. But if it becomes clear that professional long-term care is needed, families should discuss a plan for making that happen. After that, the conversation should take place with the family member in question, and they may be apprehensive, resistant or — as some of us have experienced — downright ornery about it.

“That conversation should be handled with compassion and delicacy,” he said. “Emphasize that not only will this move improve their health and safety, but there will be numerous opportunities for social activities, games, art, entertainment and great food.”