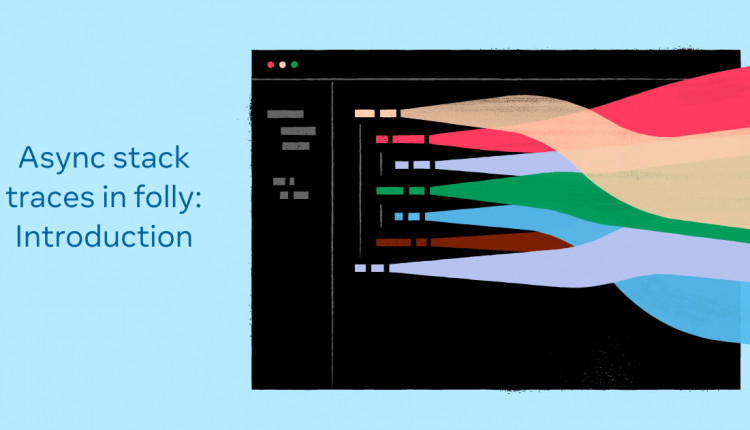 This article was written by Lee Howes and Lewis Baker of Facebook.

One of these drawbacks is that existing debugging and profiling tools that use stack traces to provide information about what your program is doing generally produce poor quality data for asynchronous code.

This is the first in a short series of blog posts about how we use C ++ coroutines to improve this situation and describes the technical details of our solution. This first post provides a high-level background, and later posts in the series go pretty deep into the technical details of implementing it in Folly and the tools around it to aid in debugging and profiling coroutine code.

The library that Facebook has relied on for asynchronous programming for a number of years is Folly’s Futures library, which enables code like the following:

where the lambda containing doWork will eventually run in the thread pool represented by e.

Asynchronous code, such as the example above, generally involves starting an operation and then appending a callback or continuation to that operation, which occurs when that operation is complete. doComplexOperation can be executed on the main thread at the same time as doWork on another thread that belongs to the executor. In general, this avoids much of the thread context switching overhead that you get when using thread-per-task parallelism. However, this also means that the callback is often executed in a different context than the context that started it, usually from the event loop of an executor.

Under normal circumstances, when code is started on an executor, such as a thread pool, a stack trace represents the path from the thread’s execution loop to the function being executed. Conceptually, the threads in the executor do something like this:

If we do this in a debugger and pause within doWork, the stack trace looks like this:

The trace will only cover stack frames from the main part of doWork to the run method of the executor. The connection to the calling code and to doMoreWork is lost. This loss of context can make debugging or profiling such code very difficult.

It’s difficult to fix this loss of context in futures code like the example above. With a normal stack trace, when one function calls another, the full call stack is retained for the duration of the call, so any stack walks that are performed while the function is executing can be easily traced back through the calling code stop doing any work without the need to do so. With futures, however, the code that starts an operation continues to execute and may unwind its call stack before executing the continuation attached to the future. The calling context is not preserved, and we would effectively have to take a snapshot of the call stack at the start of the process in order to be able to reconstruct the full call stack later, which causes a lot of runtime overhead. Coroutines provide us with a nesting that makes this cleaner:

The compiler converts this to something like the futures code above, but structurally there is one big difference: the next continuation is in the same area as the parent. This makes the idea of ​​a “stack” of coroutines much more meaningful, at least syntactically. Taking advantage of this and helping us debug is still a technical challenge.

C ++ uses a kind of coroutine that halts by returning a function: that is, we don’t suspend the entire stack, but rather return from the coroutine and have the suspended state saved separately. This is different from the “fiber” style of the coroutine, where we expose the entire stack. The implementation of this looks somewhat like a series of callbacks and a hidden linked list of concatenated coroutine frames exposed by the sequence of function calls.

The style of coroutines chosen for C ++ has great advantages, which we will not go into here, but one disadvantage is that the nested structure is present in the code, but is not directly visible in the stack frames visible to a debugger or profiling tool.

To illustrate this problem, let’s look at the following more complicated code snippet from folly :: coro code that we want to sample a stack trace when we run:

Currently, if the profiler is capturing an example of executing code inside normal_function_1 (), it might display a stack trace that looks something like this:

Ideally, both profiling tools and debuggers could capture the logical stack trace instead. The result would show the relationship between coro_function_1 and its caller coro_function_2, and we would end up with a stack trace for this example that looks more like this:

These are briefly summarized here and we will go into more detail in a later post.

Probably the most common place developers see stack traces is when programs crash. The Folly library already offers a signal handler that outputs the stack trace of the thread that crashes the program. The signal handler now prints the asynchronous stack trace if a coroutine is active in the current thread when it crashes.

During development, developers often ask themselves: What series of function calls resulted in this function being called? folly provides a handy feature to easily print the asynchronous stack trace on demand, so developers can quickly see how a function or coroutine is called:

C ++ developers often have to use debuggers like GDB to fix crashes afterwards or to investigate faulty behavior in running programs. We recently implemented a GDB extension to easily print the asynchronous stack trace for the current thread from the debugger:

Track where exceptions are thrown

We want to be able to tell where an exception was created / thrown from if it is later caught. To meet this need, folly provides an exception tracking library that can be built into the Itanium C ++ ABI to enable exception handling to track exception information. We recently expanded the helper functions of this library to easily keep track of where exceptions are thrown, including normal and asynchronous stack traces. Below is a sample program that uses these helpers:

This new functionality brings coroutines much closer to the level of debugging and tracing support we see with normal stacks. Facebook developers are already benefiting from these changes, and they are open source in the Folly library for anyone to use.

In the following posts in this series, we’ll go into more detail on how this is implemented. Next week we’ll discuss the differences between synchronous and asynchronous stack traces and the technical challenges involved in implementing traces on C ++ 20 coroutines. Stay tuned!