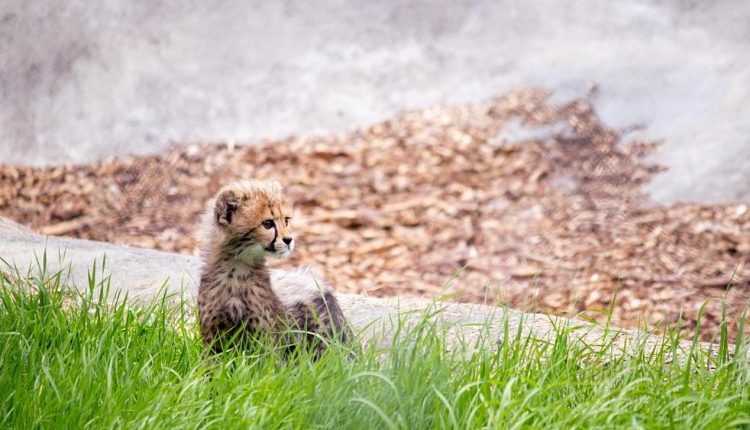 Are Fb, Snapchat and Tiktok the ‘new eBay’ for endangered cheetahs?

You may have recently come across a petition online calling for an end to illegal wildlife sales on social media. It was shared by celebrities around the world, collecting more than half a million signatures.

The campaign urges Facebook (and its parent company Meta), major tech CEOs and lawmakers around the world to “do whatever it takes to end the extensive illegal wildlife trade on their platforms.”

It is claimed that although there are only 7,000 cheetahs left in the wild, “over 2,000 have been put up for sale on online platforms in the last decade”. The petition adds that it has become “like a new eBay for endangered wildlife”.

But where does this number come from and are cheetahs really being sold on social media?

Online activist network Avaaz says this number came from a study conducted last year by Patricia Tricorache, an expert on the illegal wildlife trade. She tells Euronews Green the problem is shared between social media, sales sites and even personal messaging apps.

Tricorache explains that the illegal wildlife trade problem is widespread. Their study, published in April last year, scoured the Internet and found 2,315 online ads for cheetahs from 528 sellers.

Overall, the online posts showed that 2,298 cheetahs were taken from the wild. And the wildlife researcher says 88 percent of those ads were on social media.

Since 99 percent of the online search results found were in Arabic, the researchers focused on Arabic terms commonly used by salespeople. From there, they searched for phone numbers, comments on posts, and the accounts of sellers brought to their attention by whistleblowers.

“Our research into online advertising extends beyond 2010 and has produced over 60,000 files (JPEGs, PDFs) containing other CITES-listed species,” the study said.

In the last three years, researchers have found that the number of online advertisements has decreased. This may be due to the increasing regulation of carnivore ownership in the Gulf States, where these types of pets are popular.

But, according to the study, users of online platforms now avoid the word “sale” or public price information. Instead, replies to posts serve as a request for contact through private, encrypted messaging apps where sellers can set up these transactions.

Meta, Facebook’s parent company, says trading in endangered wildlife or parts thereof is prohibited on its platforms. The large technology company is a member of the Coalition to End Wildlife Trafficking Online and has partnerships with WWF, TRAFFIC and Education for Nature Vietnam.

It says it has been working with the WWF and the International Fund for Animal Welfare since 2016 to identify content that violates its guidelines. The company is also trying to keep abreast of how those looking to sell illegal wildlife are trying to avoid their detection.

“Facebook might be doing something right, but I don’t think they’re making a big difference yet,” says Tricorarche.

She adds that the ads are still there and sellers are using increasingly evasive tactics, including not using hashtags or using words in videos or images that make searches difficult. It’s not just meta, other platforms like Snapchat (where videos disappear after you’ve watched it) and TikTok are growing in popularity, as are sales via direct message apps to known buyers.

And Tricorache believes that reporting the posts doesn’t necessarily mean the information will reach the proper authorities.

“A major issue we face is that reporting illegal wildlife posts to Facebook may result in the post being removed. likewise, an account could be removed for violating the terms of service,” she told Euronews Green.

“However, this does not mean that Facebook is keeping any evidence or that the account owner is not opening a new account. It just makes them harder to find.”

Endangered animals as a “luxury accessory”

posts on social media could also encourage the idea of ​​keeping an exotic, endangered animal as a pet. Tricorache says the popularity they’re getting is a problem with millions of followers looking at the pics and videos.

“This attitude has to change. The likes and the admiring comments only encourage her,” she explains.

What many people who enjoy these posts don’t realize is that there’s a sad truth behind images of these big cats sitting in the passenger seat of wealthy influencers’ million-dollar cars. The Cheetah Conservation Fund is estimating that right now One in four young animals survives human trafficking. Those that survive have an expected lifespan of just two years.

It’s an existential threat to the future of this endangered animal, on top of habitat loss, high-speed roads, and human activity are already affecting their chances of survival. In 1975 there were 14,000 cheetahs in the wild, today there are still around 7,000: the fastest land mammal in the world is racing towards extinction.

Cheetahs are now dying faster than they are born. Leaving the young in the wild and selling them as pets could help keep populations stable.

However, solutions exist, and Tricorache believes big tech companies have the tools to detect these images.

“Quite simply, most images of exotic animals in unnatural situations, in a house, in a yard, playing with people in the living room, or driving a car should be tagged, as should images that obviously have animals for sale.”

Even if these people are owners and not sellers, there’s a good chance they’ve violated national laws regarding the trade and ownership of endangered species. The sale of wild cheetahs across international borders has been virtually banned since 1975.

So the next time you swipe like a picture of a cute exotic pet, it might be worth thinking twice about the illegal wildlife trade you could be supporting.

_Euronews Green has reached out to Meta for comment on the petition and Patricia Tricorache’s comments, but has not yet received a response. _

The Perils of Our Digital Actuality