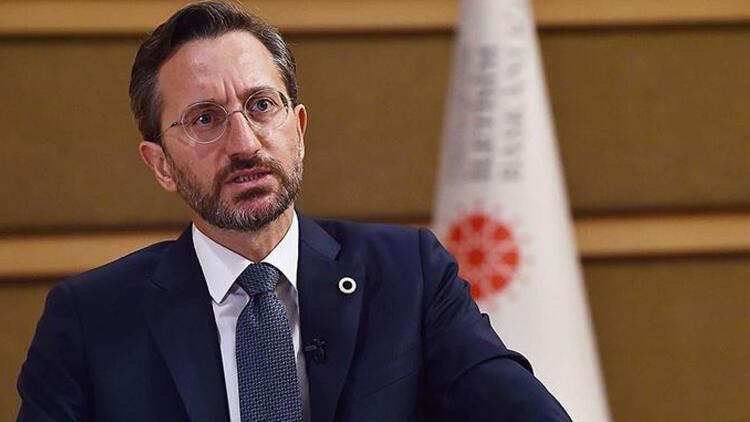 The US does not get to criticize Turkey’s regulations while regulating the activities of foreign media organizations on American soil, Presidential Communications Director Fahrettin Altun has said.

Altun’s comment was a response to US State Department spokesman Ned Price, who earlier expressed concern about the Turkish Radio and Television Supreme Council’s (RTÜK) decision calling for three international media organizations to apply for a license.

Stating that Price’s criticism of RTÜK’s regulation is groundless in a post he shared on his social media account, Altun said, “Sovereignty and reciprocity are cornerstones of international relations. The US does not get to criticize Türkiye’s regulations whilst regulating the activities of foreign media organizations on American soil,”

The age of inequality in bilateral relations is over, Altun wrote on Twitter on Feb. 24.

RTÜK on Feb. 21 issued statements, saying that in line with the respective regulations, dw.com.tr (Deutsche Welle), tr.euronews.com (Euronews) and amerikanınsesi.com (Voice of America) need to apply to obtain an online broadcasting license.

“The US is concerned by the Turkish Radio and Television Supreme Council’s decision to expand government control over free press outlets by applying broadcasting requirements to VOATurkish and other online outlets,” Price wrote on Twitter.

License applications are not an obstacle for broadcasting, it is a mere technical requirement, Turkish Foreign Ministry spokesman Tanju Bilgiç also said, in response to Price’s comments.

“[Turkish Radio and Television Corporation] TRT abides by relevant regulations for its activities in the US Is that censorship? We expect the same from VOATurkish and others,” Bilgiç said on Twitter.

Black Historical past Month, Half II