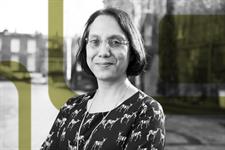 Adeela Warley: In 2022 let’s make social media a spot for hope, not hate

I ended 2021 celebrating some of the brightest communication stars in our industry and I am determined to start the new year with hope in my heart and confidence that charity communicators will find different ways to involve people in their work.

You may be wondering why I picked the very dark topic of online hate – but there is hope here too.

The Charities Against Hate group has worked with charities, partners and politicians over the past year to give those affected by online hatred a voice.

In November, Charities Against Hate Live provided a platform for deeply moving testimonies of its effects on mental and physical well-being and livelihoods.

Afzal Khan, the Manchester Gorton Labor MP, was one of the first MPs to get involved in the campaign and during the event he shared his own experiences and the impact on his family and voters.

He called for bipartisan cooperation and consensus politics to address this issue, which affects us all.

The statements of the victims not only have to be heard, but also implemented. The government’s online claims law will be a legal milestone and could pave the way for social media regulation around the world.

It must hold social media companies accountable, tip the scales in favor of the victims, and ensure robust independent regulation.

There is still a lot to be done to improve the bill, but by working together towards a common goal, we can make social media platforms more inclusive and places of networking and debate rather than places of hate. And charities can keep using the technology forever.

Find out more about how you can get involved with Charities Against Hate here.

Adeela Warley is the executive director of CharityComms

Learn how to Discover TikTok Movies You have Already Watched