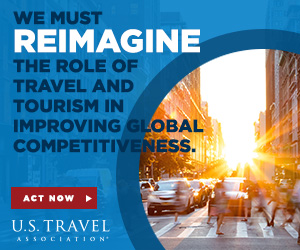 ACTIVISION BLIZZARD ADDS LOBBYISTS FOR CHINA COMPETITIVENESS BILL: The embattled video game studio Activision Blizzard has hired its first lobbyists in nearly a decade. But the software company — which has faced allegations of workplace misconduct that have spurred calls for greater scrutiny from regulators over an acquisition proposal by Microsoft — has brought on Baker Donelson Bearman Caldwell & Berkowitz/The Daschle Group to lobby on the House and Senate bills that aim to increase U.S. economic competitiveness with China, according to a disclosure filed Thursday.

FARA FRIDAY: Documents filed with the Justice Department this week shed new light on the influence campaign run by the Chinese government in the lead-up to the winter Olympics in Beijing earlier this year. The Chinese Consulate General in New York inked a $300,000 contract with the consulting firm Vippi Media late last year to promote the winter games, which came as Beijing was with grappling with calls to boycott the Olympics over China’s human rights abuses and the disappearance of a Chinese tennis player who’d accused a former Chinese Communist Party official of sexual misconduct.

— Vippi Media’s filing this week provided new information about the scale of the digital influence operation as well as the social media influencers paid to promote the games to their collective tens of millions of followers.

— As part of the campaign, Vippi Media disclosed payments of $100,000 total to influencer marketing agency Viral Nation. The campaign comprised eight different influencers, ranging from a “Real Housewives of Beverly Hills” star to a former Paralympic swimmer and spanned 26 total posts across Instagram, TikTok, and Youtube that garnered 4 million total interactions and nearly 4 million impressions, according to the filing. Meanwhile, the posts themselves ranged from relatively innocuous to more eyebrow-raising.

— In one video, TikTok influencer Anna Sitar — who PI’s younger readers (or older! We don’t judge) might know more for her videos reviewing various Starbucks drinks — laments not being able to attend the Olympics in person, and hosts a backyard version of the games that include a donut eating contest and features “fun facts” about the Beijing games. Sitar’s posts on TikTok and Instagram, at least one of which did not carry any disclosure about her post appearing on behalf of a foreign government, were by far the most successful, according to the filing, earning more than 2.2 million impressions.

— Other posts more obviously amplified the Chinese government’s point of view and centered less around the Olympics, like a video on TikTok from influencer Ryan Dubs in which the self-described “Brand King” interviewed New York Consul General Huang Ping. Dubs, who noted that he relied on suppliers in China for his skincare line, touted “all of the benefits and how open [the Chinese] are to doing business with Americans” and criticized U.S. tariffs on Chinese goods.

Happy Friday and welcome to PI. Send tips: [email protected]. And be sure to follow me on Twitter: @caitlinoprysko.

The travel industry was disproportionately impacted by the pandemic. Domestic business travel spending remains 56% below 2019 levels and international travel spending remains down 78%. This week at the U.S. travel industry’s annual legislative fly-in, we will call on Congress to help rebuild the workforce, reignite in-person meetings and events, and push to restore international inbound travel. The travel industry is critical to the United States’ global competitiveness. When travel thrives, so does America.

— “The letter from the Chamber of Progress, which is led by a former Google executive and funded by companies including Google, Meta and Amazon, zeroes in on recent calls by Buck to use a proposed overhaul of federal antitrust law to punish companies such as Apple for their social justice advocacy.”

— “‘Silence when political figures threaten to use antitrust as a weapon against companies opens the door to more such attacks,’ the group wrote to House antitrust subcommittee Chair David Cicilline (D-R.I.) and his Senate counterpart, Amy Klobuchar (D-Minn.). It urged the lawmakers to ‘acknowledge that antitrust action should never be used as a weapon against companies working to protect marginalized communities or to stand up for what’s right.’”

— “Cicilline, who is openly gay and serves as the chair of the Equality Caucus, quickly brushed back the group’s plea. ‘I don’t make it a habit to respond to big tech front groups who are in the business of trying to distract from the progress and momentum we’re making on our antitrust bills,’ he said.”

— “Buck, the top Republican on the House Judiciary antitrust subcommittee, last week criticized Apple for lobbying in favor of trans and gay rights in states across the U.S., citing POLITICO’s reporting.” In a now-deleted Tweet, Buck wrote that overhauling the antitrust laws is the best method to “smash woke capital” and rein in Apple’s lobbying.

BUSINESS GROUPS APPEAL TO BIDEN FOR FEDERAL DRONE FRAMEWORK: “Aviation and business interests are pressing the FAA to complete its work on a long overdue rule that would create a framework for designating critical facilities that drones must avoid, saying the absence of a federal process is allowing a patchwork of state and local authorities to proliferate instead,” per our Oriana Pawlyk.

— “It’s been six years since Congress required the FAA to create a process for determining what sites can be designated as essential ‘fixed site facilities.’ It was mandated again in 2018. But the FAA has yet to act, prompting a dozen groups including the U.S. Chamber of Commerce, the Nuclear Energy Institute and other trade associations last week to appeal directly to President Joe Biden to accelerate the rule,” The letter marks “one of the first attempts to lobby” the president himself.

— “In the letter shared with POLITICO, the groups said that the rule has been sitting on the shelf long enough, with states and local governments instead making their own laws to deal with the issue. Roughly 20 states have enacted their own restrictions so far. Critics of the status quo argue that beyond being confusing for drone operators and law enforcement, some states have an overly-broad interpretation of what facilities are ‘sensitive,’ including, for example, livestock feeding shelters.”

— Prior to joining the Realtors in 2017, Waclawski was a political activity lawyer for Ashby Law, and previously served as general counsel to Scott Walker’s presidential campaign and as a lawyer for the Republican National Committee.

— The National Association of Realtors are routinely top political spenders. In addition to ranking among the top lobbying spenders in Washington, the trade association doled out more than $20 million in outside spending on elections during the 2020 cycle, according to data from OpenSecrets, and racked up more than $13 million in campaign contributions during the same period.

— Andy York has joined Tyson Foods as vice president of government affairs, where he’ll lead the federal affairs team in Washington. York joins from General Motors, where he was executive director of federal affairs.

— Micron Technologies has hired Courtney Geduldig as their new corporate vice president for public affairs. She was previously head of government and public affairs at Chime and before that served in a similar role at S&P Global.

— Eric May is now director of federal government affairs for TIAA, Huddle reports. He previously was legislative director for Rep. Carolyn Maloney (D-N.Y.).

— Shawn Belovich has joined consulting firm AlixPartners as a managing director, per Morning Cyber. He was formerly the deputy chief information security officer in the White House during parts of the Obama and Trump administrations.

Reimagine the role of travel and tourism in improving global competitiveness. Congress should pass the Omnibus Travel and Tourism Act (S. 3375) to ensure the travel industry can have a strong growth trajectory in the months and years to come and compete on the global stage for tourism dollars. The Omnibus Travel and Tourism Act would establish permanent, high-level leadership in the federal government on travel issues, enhance travel facilitation and security, improve global competitiveness and ensure our nation has long-term strategies for travel’s economic recovery.

The vitality of European id: Ban on media