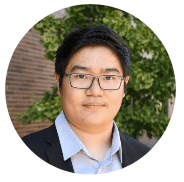 The “Contributor’s Story” series is designed to give our key open source contributors and community members a face and voice, an overview of the projects they’re working on, and the successes and challenges contributors face in development.

In this blog post, we will be speaking to Scott Moses Sunarto, a CrypTen employee who works on secure protocols as part of the Major League Hacking (MLH) scholarship.

“I would like to share the joy of blockchain development and show how cool the technology can be!”

CrypTen is an open source tensor library for privacy conscious machine learning (PPML), mainly led by FAIR and based on PyTorch. CrypTen aims to accelerate research into encrypted techniques and the delivery of machine learning. As part of the larger mission around PPML, the library also supports OSS libraries developed by the community in the area of ​​PPML and combined learning such as CrypTen.

Here are some of Scott’s thoughts throughout the process of completing this task.

I am a sophomore at Diablo Valley College studying electrical engineering and computer science. In the past I have mainly worked on projects in the field of crypto blockchain and participated in several Major League Hacking hackathons (and luckily won!).

Afterwards, through my involvement in the hackathon scene, I heard about the MLH Fellowship and continued to apply.

I am currently working on CrypTen, a data protection ML framework. It provides an abstraction layer that makes it easier for machine learning researchers to secure ML under data protection law without having to rely on a lot of cryptography knowledge.

CrypTen is based on PyTorch and thus lowers the barrier for machine learning researchers by integrating with PyTorch.

Based on the task assigned, I would first try to break the problem down into bite-sized tasks. Then I would talk to my partner about how we want to divide the work. If the task requires any confusion or clarification, we will communicate with the supervisor in our weekly sync to clarify.

The biggest challenge was to control the cryptographic concept used throughout the project. However, it was extremely helpful to have an active supervisor to help us familiarize ourselves with these concepts.

We have pushed the development process strongly and solved several problems with increasing complexity. In the next few weeks we will begin completing the projects to ensure that they can be neatly integrated into the upstream.

I learned a lot about good coding practices, working in teams, and many new concepts in cryptography and data protection.

Find a mentor who is an active supervisor or an avid contributor to open source in general.

Registration for F8 Refresh is now open! Be a part of your international developer…

A Contributor’s Story with Aanand Kainth