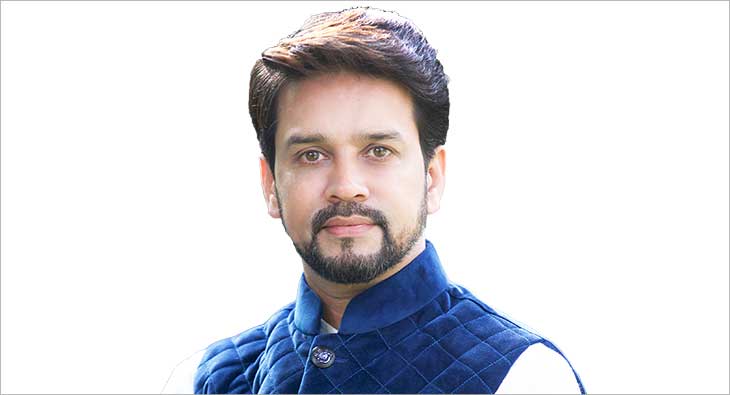 Last year there was a paradigm shift in the media landscape with a series of announcements and actions that impacted the M&E industry. It has been a busy year for the Ministry of Information and Broadcasting. When Anurag Thakur takes over the department, he is expected to have his hands full.

Shortly after the swearing in, Thakur went on social media and said, “I am honored to serve the Indian people as Cabinet Minister and take this opportunity to express my sincere thanks to Prime Minister Shri Narendra Modi ji for entrusting me with this responsibility “.

As the media and entertainment industry waits to see how Thakur handles several ongoing processes such as the proposed 2021 Amendment to the Cinematograph, here are the top five matters the minister will need to address after taking office.

1. Facilitating the timely adoption of new IT rules

The new IT rules were introduced at the beginning of the year and the social media brokers were given three months to implement the necessary changes in the system.

As part of this, the government called on digital media publishers, digital news publishers related to traditional media, and over-the-top (OTT) media service platforms to provide basic information about themselves and their self-regulatory mechanisms.

This was rejected by the various media associations, but the government refused to allow any exceptions. As a result, many publications against the IT rules in 2021 went to court.

With stakeholders such as Press Trust Of India (PTI) and many others continuing to raise courts and question the rule, it is expected that the new minister will be ready to face the crisis at the earliest.

2. To find a solution to the suspension of news ratings by BARC

A committee was set up earlier this year to review the television rating agencies’ policies. The committee was chaired by Prasar Bharati CEO Shashi Shekhar Vempatti and had three other experts on board.

While the committee was submitting its report to the ministry by the end of January 2021, the ministry had written a letter to BARC asking them to maintain a “status quo” on the ongoing TV audience lockdown issue for the news genre.

The News Networking Brotherhood is eagerly awaiting the Department to provide its observations, based on the review submitted by the committee, so that BARC can make a decision to either release the TV news viewer data or to extend the embargo.

3. Bring more clarity to the amendments to the Cable TV Networks Act (Regulation)

A fortnight ago, the central government mandated TV broadcasters a three tier grievance mechanism by changing the rules on cable television networks (CTN) to equate them with the over the top (OTT) and digital news platforms.

Like the IT rules, the amended CTN rules allow broadcasters to have more than one self-regulatory authority (SRB). While some believe the move will guarantee consistency between television and OTT and give SRBs more authority, others are unsure whether or not the level of content self-regulation that can be achieved through these rules is constitutional or not.

The new minister is expected to take up the issue at the earliest and answer any questions from stakeholders on it. The Department is also expected to provide more detail and clarity on the criteria that SRBs must meet in order to be recognized.

4. Make sure 5G services do not interfere with satellite TV services

While the broadcasters aren’t against 5G services, they just fear the potential disruption to satellite TV services.

Almost all C-band satellites use the frequency band between 3.7 GHz and 4.2 GHz for their downlinks. Since most television channels operate between 3.7 GHz and 4.9 GHz, the broadcasters fear an interruption of the signals, since a spectrum in the range from 3.00 GHz to 3.6 GHz has been identified for 5G use in the country.

Broadcasters have raised concerns about this potential band conflict and expect the government to back up their tapes and ensure that there are no collisions with 5G bands.

Apart from the new IT rules, the MIB has always insisted on maintaining a clear mandate for the OTT industry and self-regulation. The ministry has consistently maintained its position of not introducing a statutory body, but rather helping the actors to set up a self-regulatory process.

Last year, the MIB also asked OTT players to set up a judicial authority and finalize a code of conduct. The new MIB ministry is expected to take up the issue and help players adopt self-regulation on amicable terms.