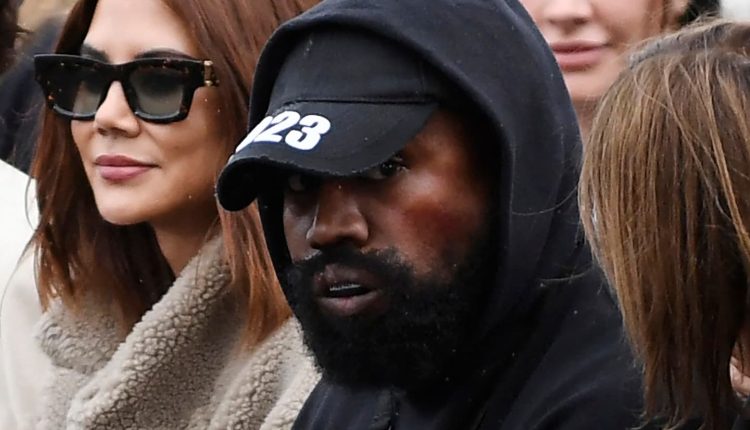 Happy Tuesday! Today’s top was reported with an assist by my colleague Will Oremus. As always, send news tips to: cristiano.lima@washpost.com.

The actions reflected how platforms have increasingly cracked down over the years on material that’s hateful or threatening to groups based on race, religion and other factors.

But a shifting ownership and legal landscape for the industry could soon change that.

Instagram, owned by Facebook parent company Meta, suspended Ye on Friday after he suggested another rapper was controlled by Jewish people, a common antisemitic trope.

Soon after, Ye was locked out of his Twitter account for separately tweeting that he would go “death con 3 on JEWISH PEOPLE.”

As my colleague Will Oremus and I wrote last night, “a conservative-led movement to rein in what some see as ‘censorship’ by Silicon Valley giants is poised to alter how they approach such decisions.”

Under an embattled Texas law signed last year, social media companies cannot “censor a user” based on their “viewpoint,” a protection that could shield posts like Ye’s from social media rules against material that’s widely decried as hateful or threatening.

The law exempts instances where the content “directly incites criminal activity or consists of specific threats of violence targeted against a person or group” based on characteristics including race or religion. But it’s unclear whether Ye’s Twitter remarks would meet the legal standard for incitement, given that it has yet to be linked “directly” to any criminal activity.

Platforms might also not view the remarks as a “specific” enough threat of violence, given that Ye used a euphemism and spoke broadly about a protected religious class.

Ye’s earlier Instagram post that relied on antisemitic tropes appears less likely to be shielded by the law’s exemption, given that it did not contain any overt threats or calls to violence.

Under the Texas law, users like Ye could argue such remarks qualify as a legally protected viewpoint that social media platforms are barred from “censoring.”

“The Texas law denies websites the choice to decide if this content is appropriate for their users or not,” Carl Szabovice president of tech trade group NetChoice, said of Ye’s tweet.

Netchoice, which counts Facebook, Twitter and Amazon as members, is pushing to get the Texas law struck down in court. (Amazon founder Jeff Bezos owns The Washington Post.)

The uncertainty around whether a vague-but-threatening anti-Semitic post would be protected under the Texas law could prompt platforms to play it safe and leave it up, fearing legal repercussions if they took it down.

“It illustrates the incredible difficulty of knowing what you’re supposed to do at all as a platform operating in Texas,” Daphne Keller, who directs Stanford University’s Program on Platform Regulation, told Will. “Certainly the safest thing to do is to leave it up, and it might be that that’s what the law truly requires.”

Legal experts have warned that the dynamic could have a chilling effect on companies’ moderation efforts, and lead to a proliferation of hate speech online.

Elon Musk, who recently renewed his push to buy Twitter, has also hinted that he’s likely to scale back the platform’s content moderation practices, albeit in vague terms.

Musk has called himself a “free speech absolutist” and bashed some of Twitter’s highest profile decisions, including his suspension of former president donald trump.

Musk initially declined to comment on Ye’s tweet, while offering the rapper a warm reception upon his return to the site, tweeting Saturday, “Welcome back to Twitter, my friend!” But on Monday, Musk tweeted, “Talked to ye today & expressed my concerns about his recent tweet, which I think he took to heart.”

A slew of conservative leaders have clamored for Musk to take the reins at Twitter and to crack down on the platform’s “censorship,” saying it would be a victory for “free speech.”

Some Republican lawmakers have openly called for Musk to scale back the company’s efforts to combat hate speech in particular. Here’s Rep. Paul A Gosar (R-Ariz.):

If Elon Musk @elonmusk buys Twitter, he should reinstate every account banned for so-called ‘hate speech’, ‘misinformation’, or any other made up term used by the Left to silence their opposition.

Twitter expands Birdwatch, and covid-19 topics have been most commonly checked

The platform’s crowdsourced fact-checking tool last week expanded to all users, the Verge’s CorinFaife reports. Twitter executives have suggested that the tool would be strongest in moderating posts that aren’t covered by Twitter’s misinformation policies or don’t get fact-checking resources from the company, but the topics dominating the tool already are covered by the company’s misinformation policies, Faife reports.

“Birdwatch data released by Twitter shows that covid-related topics are by far the most common subject addressed in Birdwatch notes,” Faife writes. “What’s more, many of the accounts that posted the tweets that were annotated have since been suspended, suggesting that Twitter’s internal review process is catching content violations and taking action.”

A Chinese semiconductor index dropped nearly 7 percent, and some chipmakers saw an even worse trading day, Reuters reports. The reaction from Chinese markets came days after the US government announced sweeping restrictions to limit Chinese access to chips.

“The measures will hobble the Chinese chip sector and will scupper numerous growth plans and potentially set back innovation in both the East and the West,” AJ Bell analyst Danni Hewson told Reuters. “There will be plenty of boardrooms hosting top level meetings over the next few days considering the implications of US export controls.”

Yuri Milnerwho was born in Russia, tweeted Monday that his family “officially completed the process of renouncing our Russian citizenship” this summer, but he didn’t explain the tweet’s timing and a spokeswoman declined to comment, the Wall Street Journal’s Joseph Pisani reports.

Milner’s technology investment firm, DST Global, has invested in Facebook, Twitter, Snap and Airbnb, among others. On his website, he says that he doesn’t have assets in Russia and hasn’t been there since 2014.

Hospitals Have Been Sluggish to Carry On Habit Specialists