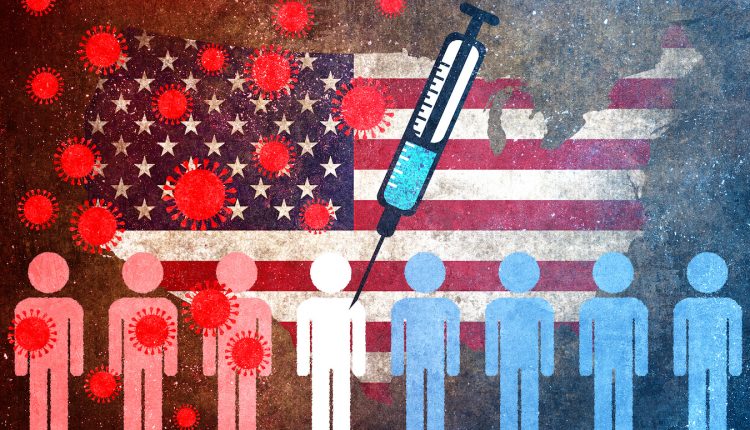 
For nearly a month, the Centers for Disease Control and Prevention’s online vaccine tracker has shown that virtually everyone 65 and older in the United States — 99.9% — has received at least one covid vaccine dose.

That would be remarkable — if true.

But health experts and state officials say it’s certainly not.

They note that the CDC as of Dec. 5 has recorded more seniors at least partly vaccinated — 55.4 million — than there are people in that age group — 54.1 million, according to the latest census data from 2019. The CDC’s vaccination rate for residents 65 and older is also significantly higher than the 89% vaccination rate found in a poll conducted in November by KFF.

Similarly, a YouGov poll, conducted last month for The Economist, found 83% of people 65 and up said they had received at least an initial dose of vaccine.

And the CDC counts 21 states as having almost all their senior residents at least partly vaccinated (99.9%). But several of those states show much lower figures in their vaccine databases, including California, with 86% inoculated, and West Virginia, with nearly 90% as of Dec. 6.

The questionable CDC data on seniors’ vaccination rates illustrates one of the potential problems health experts have flagged about CDC’s covid vaccination data.

Knowing with accuracy what proportion of the population has rolled up sleeves for a covid shot is vital to public health efforts, said Dr. Howard Forman, a professor of public health at Yale University School of Medicine.

“These numbers matter,” he said, particularly amid efforts to increase the rates of booster doses administered. As of Dec. 5, about 47% of people 65 and older had received a booster shot since the federal government made them available in September.

“I’m not sure how reliable the CDC numbers are,” he said, pointing to the discrepancy between state data and the agency’s 99.9% figure for seniors, which he said can’t be correct.

“You want to know the best data to plan and prepare and know where to put resources in place — particularly in places that are grossly undervaccinated,” Forman said.

Getting an accurate figure on the proportion of residents vaccinated is difficult for several reasons. The CDC and states may be using different population estimates. State data may not account for residents who get vaccinated in a state other than where they live or in clinics located in federal facilities, such as prisons, or those managed by the Veterans Health Administration or Indian Health Service.

CDC officials said the agency may not be able to determine whether a person is receiving a first, second or booster dose if their shots were received in different states or even from providers within the same city or state. This can cause the CDC to overestimate first doses and underestimate booster doses, CDC spokesperson Scott Pauley said.

“There are challenges in linking doses when someone is vaccinated in different jurisdictions or at different providers because of the need to remove personally identifiable information (de-identify) data to protect people’s privacy,” according to a footnote on the CDC’s covid vaccine data tracker webpage. “This means that, even with the high-quality data CDC receives from jurisdictions and federal entities, there are limits to how CDC can analyze those data.”

On its dashboard, the CDC has capped the percentage of the population that has received vaccine at 99.9%. But Pauley said its figures could be off for multiple reasons, such as the census denominator not including everyone who currently resides in a particular county, like part-time residents, or potential data-reporting errors.

Liz Hamel, vice president and director of public opinion and survey research at KFF, agrees it’s highly unlikely 99.9% of seniors have been vaccinated. She said the differences between CDC vaccination rates and those found in KFF and other polls are significant. “The truth may be somewhere in between,” she said.

KFF surveys show the percentage of adults at least partly vaccinated changed little from September to November, moving from 72% to 73%. But CDC data shows an increase from 75% in September to 81% in mid-November.

William Hanage, an associate professor of epidemiology at Harvard University, said such discrepancies call into question that CDC figure. He said getting an accurate figure on the percentage of seniors vaccinated is important because that age group is most vulnerable to severe consequences of covid, including death.

“It is important to get them right because of the much-talked-about shift from worrying about cases to worrying about severe outcomes like hospitalizations,” Hanage said. “The consequences of cases will increasingly be determined by the proportion of unvaccinated and unboosted, so having a good handle on this is vital for understanding the pandemic.”

For example, CDC data shows New Hampshire leads the country in vaccination rates with about 88% of its total population at least partly vaccinated.

The New Hampshire vaccine dashboard shows 61.1% of residents are at least partly vaccinated, but the state is not counting all people who get their shots in pharmacies due to data collection issues, said Jake Leon, spokesperson for the state Department of Health and Human Services.

In addition, Pennsylvania health officials say they have been working with the CDC to correct vaccination rate figures on the federal website. The state is trying to remove duplicate vaccination records to make sure the dose classification is correct — from initial doses through boosters, said Mark O’Neil, spokesperson for the state health department.

However, the CDC has not changed its figure on the proportion of seniors who are partly vaccinated. It remains 99.9%. The CDC dashboard says that 3.1 million seniors in Pennsylvania were at least partly vaccinated as of Dec. 5. The latest census data shows Pennsylvania has 2.4 million people 65 and older.

By no means Thoughts Toys, It’s Time to Ask Santa for Crutches and Catheters

The Physician Didn’t Present Up, however the Hospital ER Nonetheless Charged $1,012