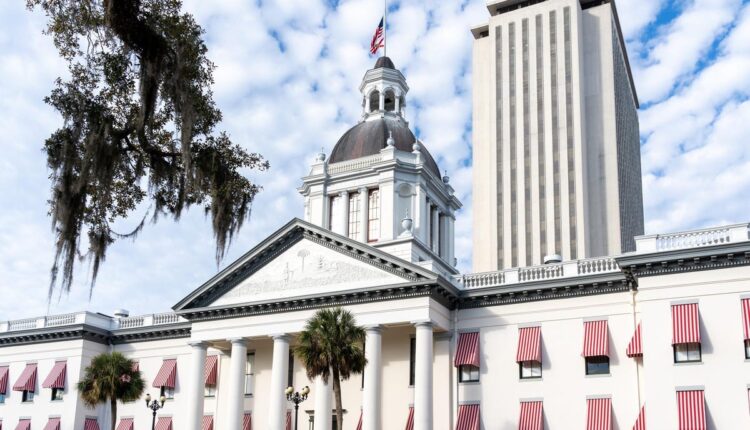 The midterm election spawned a new political reality and configuration in Washington DC, letting states will take the lead in technology policy as gridlock dominates Congress. The shift in power from Washington means peril or promise, depending on how lawmakers approach questions around technology. With trifecta control now the norm in state capitols across the country, fewer barriers to passing legislation, and less oversight, good and bad policy will inevitably slip under the radar, despite the national consequences. Edward Longe, Director of the Center for Tech and Innovation at the James Madison Institute and Doctoral Candidate in US History explains the developments data privacy, app stores, right to repair, content moderation, and cybersecurity.

Layton: What do the midterms mean for tech policy?

Longe: By design, Congress is a sclerotic institution. Of the 17,148 bills introduced between January 3rd, 2021, and the 2022 midterm elections, only 632 (4 percent) became law. Such an abysmal track record occurred despite the Democrats holding a trifecta – controlling both chambers of Congress and the White House. After Republicans recaptured the House from 2022 midterm elections and expressed greater interest in oversight, it’s almost certain that fewer bills – except must-pass spending and defense bills – will make it to the President’s desk.

In 2023, 39 states will likely have trifectas, meaning fewer legislative barriers exist to a bill’s passage. Instead of needing bipartisan support, a piece of legislation being considered in a state with a trifecta only needs the backing of the majority party and the governor. These reduced legislative barriers make it likely, given the gridlock in Congress, that many states will take the lead in creating the regulatory environment governing technology and innovation. Technology’s ability to transcend state borders means the decisions taken in state capitols will have national ramifications.

The Republican recapture of the House of Representatives and Democrat control of the Senate means that a federal data standard that has enjoyed bipartisan support will struggle to gain traction. California Democrats demand that any federal statute should follow California’s Consumer Privacy Act or the European Union’s General Data Protection Regulation. Many policy analysts have widely criticized these laws, noting reduced freedom of choice for consumers and increased costs on enterprise with compliance and litigation.

With Congressional Republicans and Democrats so far apart on the issue, state legislatures will inevitably step in and fill the void. So far California, Virginia, Connecticut, Colorado, and Utah have passed data laws, all of which were under a Republican or Democratic trifecta. With a record number of states under trifecta control after the November midterms, it seems likely that, given constituent demands, more states will consider their own data privacy requirements.

While necessary in the absence of congressional action, this new trend will further entrench the 50-state patchwork that raises costs for businesses and leaves millions without appropriate data protections. In an age when lives are increasingly taking place online, this presents a treacherous digital situation for Americans who will find their zip code determining the level of protection, and businesses will face increased compliance costs and an uneven regulatory environment.

Layton: What are other developments do you see with tech policy at the state level?

Longe: Some state legislatures, guided by hostility to large technology companies, could pass misguided bills to regulate safety of app store and complicated “right to repair” rules between consumers and manufacturers. Largely driven by the populist streak dominating political discourse, these bills will leave consumers vulnerable to bad actors and destroy digital ecosystems that have generated substantial value for American consumers. Just one state passing one of these bills, supported by a handful of lawmakers in the majority party, could cause real damage to all Americans and the tech and innovation sector. That’s before considering content moderation bills that while constitutionally questionable are increasingly popular in both parties. Some Republicans claim conservatives have been censored by social media platforms; some Democrats want tech platforms to combat “misinformation” and “hate speech.”

Layton: Other the other hand, it could be that state policy signals viable solutions to Congress. Moreover, we have seen that people vote with their feet, moving to the state whose policies they prefer, for example Florida.

Longe: Despite the perils of states driving technology policy, they are petri dishes of good policy. Multiple state governments have shown substantial interest in creating sandboxes that provide greater regulatory freedom to provide citizens with innovative goods and services. Additionally, as the Federal Bureau of Investigation noting that cybersecurity attacks on the risk, state governments have the opportunity to pass bipartisan legislation, following Florida’s lead, that prohibits the use of state funds for purchase of equipment from adversaries, mandates reporting, invests in training programs, curbs the use of technology from hostile nations, and prohibits state agencies and municipalities from paying ransom to cybercriminals.

If state governments ultimately pass these measures, it would create an environment that embraces innovation and enhances security which will ultimately benefit every American.