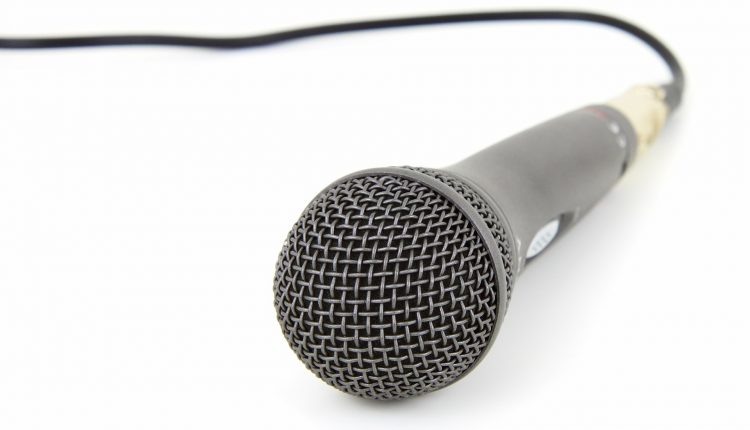 Journalism of our day has generally met some high standards and a strict code of ethics. Glenn Geenwald, Anna Politkovskaya and Jamal Khashoggi are just a few of the reporters whose names history will remember as heroes.

They along with hundreds of others have dedicated their lives to learning and reporting the truth – the whole truth and nothing but the truth. Some gave their lives.

These journalists were the lifeblood of democracy, freedom and the rule of law, and they were the worst enemy of tyranny. It is no wonder that dictators or would-be dictators have so many of them in jail or claimed to have been murdered.

But here in the United States, we have taken the quality of journalism for granted in this country for far too long. We will be belittled if we fail to get a grip on the damage the so-called “digital revolution” is doing to journalism and truthful reporting.

What was once a tool of democratic uprisings like the Arab Spring is quickly becoming a more powerful tool of corporate surveillance, cyberwarfare, national intelligence and what Donald Trump ironically calls “fake news”. The truth has always been difficult to find, but today it’s getting harder than ever.

The recent revelations about Facebook’s algorithms and efforts to fuel conflict in order to generate “clicks” are worrying enough. Over the past decade and a half, over 2,000 local news outlets have closed with billions in advertising revenue losses. The watchdogs that our school boards and selected bodies have brought to justice are disappearing and the fabric of the community is becoming frayed.

As harmful as that is, there are other harms that are even more tragic. On Instagram, Reddit, and now literally hundreds of other websites, rumors and false, anonymous and malicious allegations can spread like wildfire.

As a lawyer, I know the case of a man who, after a false and anonymous accusation of rape on Instagram, has gone almost without recourse. I am aware of a social worker being mistakenly and anonymously labeled a sex offender on Reddit, again without recourse. Unsurprisingly, suicide rates among teenagers, our weakest and most vulnerable citizens, have risen dramatically since social media became such a large part of their everyday lives.

In his book, Anatomy of a Revolution, Crane Brinton wrote about the patterns of revolution. The French Revolution led to a “reign of terror”. The Russian Revolution was followed by Stalin’s purges and show trials. The German Revolution brought about National Socialism.

The “digital revolution” follows a similar pattern. It becomes dangerously destructive. And like Robespierre, Stalin and Hitler, it has become so powerful that few dare to challenge its most powerful corporations.

Facebook and Instagram cannot claim the right to freedom of expression in public space and the entire autonomy of a private company. If they want to exercise monopoly-like powers in the communications industry, they should be regulated like any other utility company. Our elected officials must find the courage and wisdom to contain the excesses of this revolution.

You should recognize that the Foreign Intelligence Surveillance Court needs public lawyers. When social media spreads anonymous slander, social media should be held accountable for the lies. And it is long time that our elected officials and the Federal Trade Commission seriously scrutinized the behavior of Google, Facebook and Microsoft in the light of our antitrust and fair trade laws.

Our schools must impart media literacy and media responsibility. And we should all have a deeper appreciation for the local newspapers that manage to survive the revolution.

There are neither Edward R. Murrows nor Walter Cronkites on Twitter or Instagram. Woodward and Bernstein won’t be working for Mark Zuckerberg. Fortunately, Frances Haugen did. We need many more heroes like her if this revolution ends well.

David Kelley is an attorney and a member of the Greensboro Selectboard.

This once-popular rival app to TikTok is shutting down