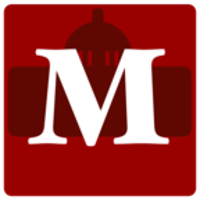 In May, a federal appeals court upheld a Texas law that prohibits social media platforms like Facebook, Twitter and YouTube from discriminating against users based on their ideas. In prohibiting such actions, Texas has declared war on free speech.

Proponents of the law claim that social media companies are guilty of censorship when they block, remove or otherwise interfere with a user’s expression of his views. This claim perverts the meaning of “censor” and establishes the means for actual censorship.

Even if every social media company banned an individual from using their platform, that person has myriad other avenues available to express his ideas. He can start his own website or blog. He can write for magazines and newspapers that share his ideas. He can write books and give speeches. Social media companies cannot stop him from doing any of these things. Government can.

Defenders of the law argue that social media companies are “common carriers,” a status that is applied to a person or business that transports goods or people and offers services to the general public. A common carrier must offer its services without discrimination, and this serves as the justification for Texas’ war on free speech.

Morally, there is no rational justification for classifying any person or business as a “common carrier” and subject to government regulation. The fact that a company offers its services to the general public does not grant the government the power to dictate the terms and conditions of those services.

The alleged defenders of the free market seek to use the “common carrier” argument to control those with whom they disagree. The fact that Texas wants to enact restrictions on free speech is abhorrent enough. That those restrictions are advanced under the banner of free speech is intellectually dishonest.

Social media companies are not a threat to free speech. government is

— Brian Phillips is the founder of the Texas Institute for Property Rights. His writing has appeared in such publications as The Freeman, Reason Magazine, The Objective Standard and The Orange County Register. He is the author of Individual Rights and Government Wrongs and The Innovator vs. the Collective.