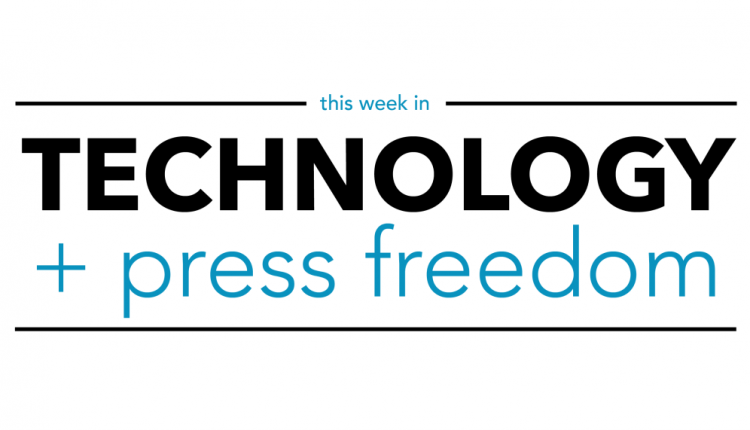 The internet and, in particular, social media’s critical role in armed conflict and civil unrest is not new (the Arab Spring, in 2011, and the 2014 Ukrainian revolution being especially relevant examples). But something slightly different may be happening with Russia’s current invasion of Ukraine: Social media is merging with rigorous traditional journalism to provide historic public visibility into the conflict. That dynamic is, in part, why some are calling this the “first social media war.”

CNN Chief International Correspondent Clarissa Ward recently explained how this happens in practice. She described a team at CNN that has been “combing exhaustively through all of the social media footage that is out there,” working to geolocate, verify and contextualize the content, “to get a better picture of what is happening on the ground when there are very real limitations on where and how we can move around.”

The network’s meticulous vetting process includes geolocation through metadata or other means, doing a reverse image search to ensure the content is not old, and even checking the weather forecast in the alleged location to verify the authenticity of the footage. A visual investigative reporter for The New York Times described a similar “rigorous process” to verify footage, and The Washington Post has a “visual forensics” team that reportedly spends hours authenticating content before posting. Civilian “open source intelligence” gatherers and analysts perform a similar function.

The freedom Ukrainians have online right now enables this two-pronged newsgathering and reporting model where traditional journalists on the ground can rely on verified social media footage without having to be everywhere at once and constantly in danger. (Already, two journalists reporting for the Daily Beast have been shot.) That hybrid approach provides deep public visibility into the war, globally, which is especially important given Russia’s clampdown on the few remaining independent media sources there.

In many, profound ways, the ubiquity of smartphones in Ukraine and continued internet access dramatically bolsters the capacity of traditional news organizations. While disinformation and propaganda remains rife, raw footage captured by civilians and soldiers, coupled with careful efforts at verification and corroboration, has the potential to overcome many of the challenges of war reporting and to pose challenges for information control by nation states.

As Steven Aftergood of the Federation of American Scientists said to BuzzFeed News, “Secrecy is harder. Clandestine operations are harder. Certain kinds of deception are more difficult and the possibilities for press and public accountability are increased.”

Like what you’ve read? Sign up to get the full This Week in Technology + Press Freedom newsletter delivered straight to your inbox!

The Technology and Press Freedom Project at the Reporters Committee for Freedom of the Press uses integrated advocacy — combining the law, policy analysis, and public education — to defend and promote press rights on issues at the intersection of technology and press freedom, such as reporter – source confidentiality protections, electronic surveillance law and policy, and content regulation online and in other media. TPFP is directed by Reporters Committee attorney Gabe Rottman. He works with Stanton Foundation National Security/Free Press Legal Fellow Grayson Clary and Technology and Press Freedom Project Legal Fellow Gillian Vernick.

Charts Paint a Grim Image 2 Years Into the Coronavirus Pandemic

Watch: California’s High Well being Adviser on Studying to Stay With Covid