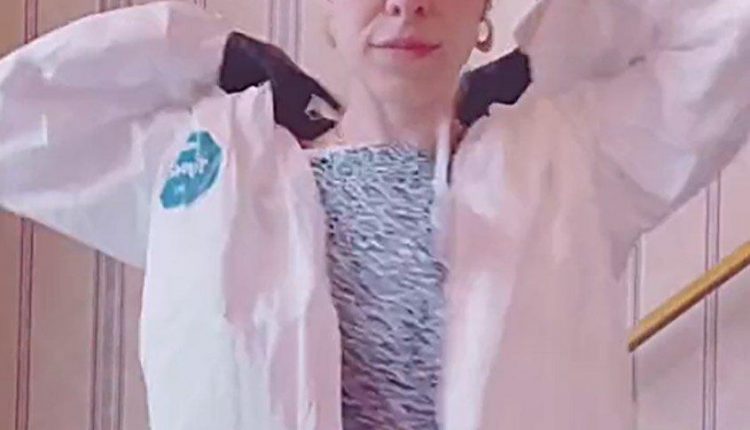 Viral TikTok Mortician, 31, Reveals Her Favourite Factor About Working in a Funeral House

Undertaker Eileen Hollis has been exposed to the funeral industry since childhood.

The 31-year-old Syracuse Native, who is viral on TikTok, tells PEOPLE that she grew up with her family through Hollis Funeral Home, what she referred to as normal childhood, with the occasional encounter with friends as teenagers.

For legal reasons, she was never confronted with her father – Hollis Funeral Home Director Charlie Hollis – performing an embalming, but as a child she saw countless bodies during the sightseeing.

Eileen studied Mortuary Science and began working with her father after licensing. Since then, she has provided “over 1,000 services” to the dead, including embalming, cremation, hair and makeup, and more.

“I love to work with my father,” she tells PEOPLE about her favorite pastime as a mortician.

Eileen adds, “It gives me so much freedom.”

The undertaker explains that “the funeral industry is very traditional” and that tattoos and dyed pink hair like them can be viewed as “unprofessional and disrespectful”.

“You see social media really frowned upon,” says the viral TikToker. “You frown like any of your own personalizations, but we’re all there for dead people.”

Eileen tells PEOPLE that her upbringing was fun too, because her father’s business on the ground floor meant he could “do work stuff and be a parent too”.

That’s why she plans to move from her self-described “hobbit house” near the funeral home to the Victorian house where she grew up. The undertaker hopes to one day take over the business and put down roots with her husband Neil and their son, her future family.

Eileen shares with PEOPLE how much she loves her job and assures that it is not “as cruel as” [people] think “but there are some emotionally difficult tasks that she has.

“A personal death for me, whether it’s a friend or family member [is difficult], but infant deaths are also extremely difficult for me, “she tells PEOPLE.

Never miss a story – sign up PEOPLEfree daily newsletter to keep up with the best of what PEOPLE has to offer, from juicy celebrity news to compelling stories of human interest.

The undertaker continues, “Especially since my sister has just had a baby and she’s almost a year old. So if you have a child of 5 months or so, it can really shake you.”

“I have a really wonderful husband to come back to and he’s really a safe place for me,” added Eileen.