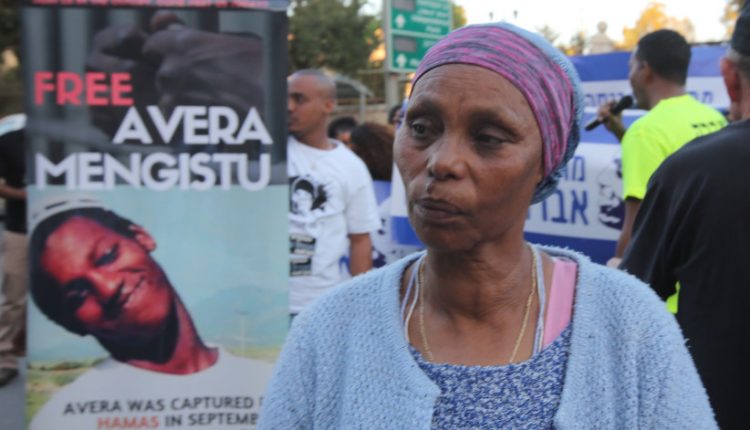 You have black people in Palestine. You know who you have? You have my brother Avera Mengistu, an Israeli black boy who crossed the Gaza border six years ago without knowing what he was doing because he was mentally ill and he has been held captive by Hamas for the past six years, “Enav Baruch Mekonen said in a Tik Tok video.

Mekonen called on those who support the Black Lives Matter movement to take action and urge Hamas to free the Ethiopian-Israeli Mengistu, who had been held since his transition to the coastal enclave in September 2014.

“He is not an IDF soldier, he is not a terrorist, he is mentally ill and he is being held by Hamas in Gaza,” she continued.

“Palestinians can you speak? Can I hear you? Am I lying?” she asks. “Why don’t you want to let him go? A mentally ill black boy?” About 2,192 days have passed since his capture, about eight months longer than the 1,941 days Gilad Shalit spent as a prisoner.
“What are you going through there at night?” asks a song by Eden Alene, Israel’s representative at Eurovision 2021, along with Shlomi Shabat, to mark the six years since Mengistu was captured by Hamas after entering the Gaza Strip.

“We hope and pray that he will return to us because he belongs to us,” said Shabat in a clip about the song.

After Alibaba and Meituan, ought to Tencent be sweating China’s antitrust drive?