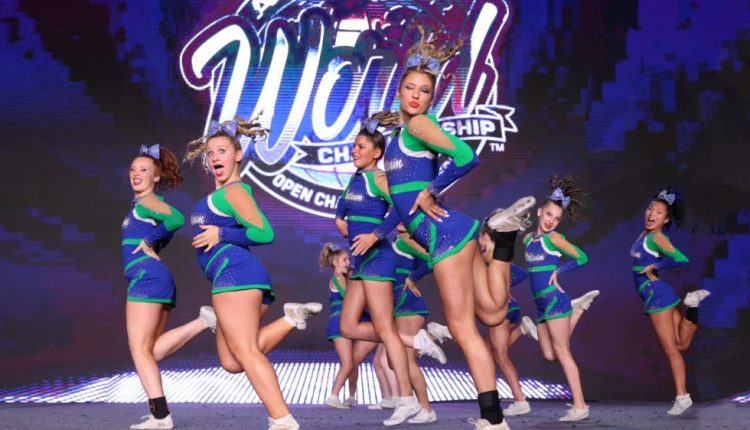 Varsity Will get Problem From Impartial Producers – Sportico.com

The billion-dollar all-star cheerleading industry, long dominated by Varsity Brands, is beginning to see glimmers of a more open market. The cracks of daylight follow a pair of foundational blows: antitrust litigation against the Bain Capital-owned company that’s lumbering through the courts and the disruptions of COVID-19.

The new, more competitive landscape was on display last month in Orlando, where several of the biggest all-star cheer end-of-year events are held in succession at Disney’s ESPN Wide World of Sports Complex: the International Cheerleading Union’s (ICU’s) Junior and World Cheerleading Championships; the US All Star Federation (USASF) Cheerleading and Dance World Championship; and Varsity’s end-of-the-season event, The Summit.

The USASF and ICU competitions, though not Varsity-owned, still have close ties to the company: Varsity founder Jeff Webb serves as the ICU’s president, and Varsity seeded the USASF and continues to maintain a sizable presence on the federation’s Board of Directors.

In addition to those established competitions, a group called The Open Championship Series (OCS), founded in 2019, was hosting its second annual Allstar World Championship across town at the Orange County Convention Center. The event fielded over 18,000 athletes from 1,200 teams, according to organizers; the turnout not only tripled the competition’s attendance from previous year, but equaled—if not exceeded—that of The Summit, marking the first time in years that an independent production had shown itself to be a true Varsity rival.

Previously, Varsity had to contend with event companies like Atlanta-based Cheersports, and The JAM Brands out of Louisville. But that kind of competition largely ceased after Varsity bought out both of those competitors in 2012 and 2015, respectively, during a period of voracious acquisition for the company. Varsity’s prevailing reign over the cheer industry’s most lucrative revenue streams no doubt had something do with Bain’s decision to buy the company for $3 billion in 2018.

But this recent success of The Open Championship Series has come as an encouraging sign for some cheer industry participants who have felt strong-armed by Varsity, including those reformists who believe that only an antitrust victory in federal court could ever level the playing field. In three current lawsuits seeking class action status, Varsity is accused by parents, gym owners and event producers of having operated for decades as a monopoly that has driven out competition and driven up consumer costs.

These days, it is not unusual for cheer families to spend upwards of $3,000 to send their kids to an end-of-season event, when adding up the travel, accommodations and tournament entry fees, which include $500 Disney park hopper passes. For gyms to qualify for the Varsity or USASF contests, they must earn points through participating in sanctioned events throughout the year.

The OCS, which was founded as a collective of independent event producers, sells itself as the more price-conscious and flexible option, hosting 12 end-of-season events around the country with the Allstar World Championship in Orlando being its largest.

“The difference is it took 30-plus companies to make that one event happen,” said OCS co-founder David Owens.

Owens and fellow OCS co-founder Heidi Weber are both named plaintiffs in one of the pending antitrust suits against Varsity. Among other claims, it accuses the cheer giant of conspiring to suppress competition from independent event companies through Varsity’s behind-the-scenes control of the USASF and cheer’s other putative governing bodies.

“All I ever wanted, and all I think the other plaintiffs wanted, was the ability to compete in our industry fairly,” Owens said. “As long as Varsity Brands has been around and has had the leadership they have had, from inception to now, their goal is to just own everything and run a monopoly, so they don’t have to compete.”

In a statement to Sportico, Varsity spokesperson Nicole Lauchaire insisted that the company supports a competitive marketplace. “Competition in the cheer market elevates the customer experience, enhances accessibility and drives innovation,” Lauchaire said.

The trio of antitrust lawsuits are currently sharing discovery and witnesses before the same federal judge in Tennessee, where Varsity is headquartered. Weber’s is slated to be the final of the dozens of depositions taken in the case; Owens says he sat for 14 hours of questioning last Tuesday. The initial motions for class certification are not supposed to begin until later this year, with the case’s briefing schedule stretching deep into 2023.

“Of the millions of individuals in the cheerleading industry, there are only 14 plaintiffs who have launched these baseless antitrust lawsuits,” said Lauchaire’s statement from Varsity. “They are claiming to represent large segments of the industry, but in fact, none of those classes have been certified by the court.”

Meanwhile, the Open Championship Series is dealing with its own legal defense. In December, the USASF sued the OCS and its principles, including Owens and Weber, over the name and logo of its Orlando event. The federal trademark infringement suit, filed in Florida, asserts the USASF’s claim to the word “Worlds” in connection with any cheerleading competition, as well as its the USASF’s specific ownership of “THE Cheerleading Worlds” trademark.

Owens suggests that this legal action—handled by a longtime Varsity lawyer, Grady M. Garrison—is an act of retaliation for his antitrust lawsuit, which names the USASF as a co-defendant in addition to Varsity, Bain and Jeff Webb. Owen says the USASF’s trademark case only further serves to underscore the hand-in-glove relationship between the nonprofit governing body and Varsity.

The USASF declined multiple requests for comment, citing the pending litigation, though the courts have issued no gag orders on the parties.

Despite the dissension, one thing everyone agrees on is the profound impact of the pandemic, which found Varsity making two rounds of layoffs and canceling a string of its in-person competitions. Varsity subsequently sued three of its former employees, including former Oklahoma state director Josh Quintero, over the noncompete terms of their exit agreements. Quintero is currently listed as the communications director for the OCS.

Some cheer industry participants say the market upheaval has forced varsity to be more attentive to its client base. Speaking on the condition of anonymity, one gym owner that participates in both Varsity and OCS competitions told Sportico that his dealings with Varsity’s customer service had lately been the best he’s experienced over the last decade, something the company itself seems to acknowledge.

“The COVID-19 pandemic gave us another opportunity to examine the customer experience from top to bottom, reinvent certain aspects of that experience, and ensure memorable events and competitions on a new level,” Lauchaire said.

By Owens’ telling, the pandemic opened a brief, but useful, window of opportunity for the independent event producers, as Varsity ceded the stage.

“The customers that had relied on them became desperate,” said Owens. “Without competition these kids didn’t have goals to work towards, and the virtual events were as satisfying as a spoonful of Sweet ‘n Low.”

With Varsity sidelined, some smaller independent event producers—who often are based in smaller communities less constrained by the kinds of COVID restrictions enacted in the larger cities where Varsity competitions are held—were able to expand.

Beginning in late 2021, Owens and Weber turned their attentions toward Dallas, where Varsity’s NCA All-Star National Championship—one of the biggest club cheer gatherings in the world—takes over the Kay Bailey Hutchison Convention Center and the end of each February.

Under the banner of Revolution Championships, a company Owens and Weber jointly formed just weeks before the pandemic struck, they spent $50,000 to rent out the convention center 30 miles away in Fort Worth, for the same week the NCA was scheduled. If Varsity’s event didn’t happen, their plan was to jump in and sweep up its customer base.

Sure enough, their bet paid off when Varsity announced that the NCA would go virtual.

“Another option was made available,” said Owens. “They had no idea what they were getting, but everybody was so desperate at that point that they just needed to get their kids on the floor.”

Revolution has since launched Gold Rush tournaments in Chicago and Orlando, in addition to self-branded offerings in Anaheim, Calif., and Atlantic City, NJ

“When [Varsity’s] hands were tied by COVID and they weren’t able to act, and enforce and hold down [others], what rose up? Everybody else,” said Owens.

The Texas triumph prompted the Open Championship Series to make a similar play last year in Florida, where it rented out the Orange County Convention Center for an entire week—in excess of the three days it needed for its Allstar World Championships—on the chance that it could attract customers if Varsity abandoned The Summit. Though Varsity stayed the course, Owens says the OCS was able to take advantage of its extended facility lease by offering a free showcase for about 100 higher-skilled teams that had come to Orlando ahead of their participation in the USASF tournament.

The takeaway for the indies, Weber said, was that “if we work together, we have a ridiculous amount of power and influence and opportunity.”

Last July, five months before it filed its copyright lawsuit against the OCS, the USASF sent its affiliated event producers an updated set of guidelines that forbid them from producing or recruiting teams to any unaffiliated championship event that described itself as “World”—including OCS ‘ All Star World Championship.

Thus far, the OCS has refused to concede on its marquee event’s name and seems to determined to use it when the Orlando competition returns next spring. Beyond that, the group is trying to calibrate on how aggressive it intends to be in forcing the market to pick sides against Varsity.

Weber, for her part, thinks the cheer industry is simply too “fragile” at the moment to make an appeal for the rank-and-file to abandon Varsity.

“It is a slow change, because it has been done one specific way for so long, and people need to have the ability to adjust their thinking,” she said.

To be sure, not every independent business owner in cheerleading finds Varsity’s presence so harrowing.

The OCS’ disposition stands in contrast to those behind The ONE Finals, a nine-year-old competition circuit owned, like the OCS, through a collective of independent cheer companies, but which take a far less adversarial stance toward the powers that be.

When asked about Varsity’s influence over the cheer market, Ann Lehrmann, a co-owner of The ONE, downplayed the question.

“We don’t think about it,” said Lehrmann. “We focus on what we are doing. I don’t mean for that to sound like a cop-out, but it’s not on our radar.”

That is not the case for Owens, who acknowledges he’s spent most of his “days in the past several years wanting to destroy” Varsity.

Weber, who has professional interests beyond cheerleading—“I would like to move on to other broken systems,” she said—and even political aspirations, says no good would come from Varsity going out of business. She insists that is not the ultimate goal of her and Owens’ lawsuit.

“I don’t think our industry could withstand that,” Weber said. “That is where we came from. History is what it is, so if we don’t pay attention to all those things and acknowledge there are some very powerful and positive things that came through the process of how we got here, I think we are doomed to repeat those same failures. ”