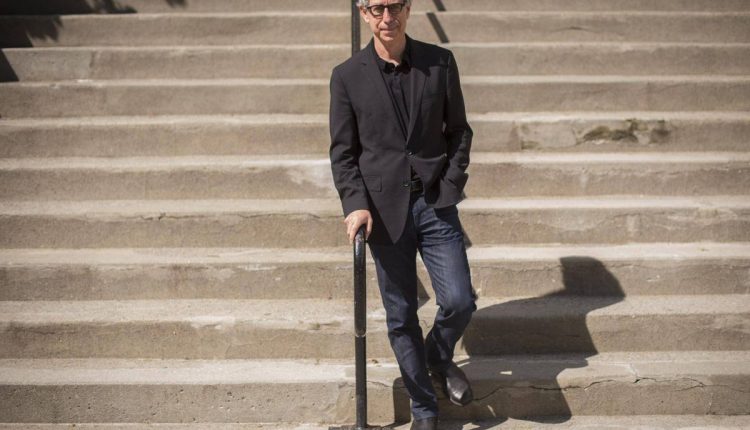 Joel Bakan is a law professor at the University of British Columbia. Mr Bakan is suing Twitter and Canada. The lawsuit against Canada calls on the government to introduce laws and promote regulations that protect constitutional freedom of expression.

Vancouver-based writer of documentary The Corporation and its sequel has filed a lawsuit against Twitter Inc., arguing that the tech company exceeded its right to freedom of expression on its platform when it refused to post a paid tweet promoting his new film.

“This is a Canadian story, but this could also be a German story, it could be an Indian story, or it could be a South African story,” said Choudhry. “We hope this is a global case with precedent.”

The cases were filed in the Ontario Superior Court of Justice on Monday. In addition to the challenges, there are growing concerns about the ability of large technology companies to control language and the role of government in regulating it.

Mr. Bakan wrote the 2020 book The New Corporation, on which the new documentary is based. It is a sequel to The Corporation, published in 2004. Both analyze the role of large corporations worldwide and their impact on privacy, politics, climate change and other important social issues.

“If you want your tweets to be seen by a very large number of people, you need to buy a promoted tweet or ad,” said Choudhry. “And if Twitter doesn’t let you post that promoted tweet or ad because of its policies, that’s a severe restriction on freedom of expression.”

“We define political content as content that relates to a candidate, political party, elected or appointed government official, election, referendum, vote, piece of legislation, ordinance, policy or court outcome,” it says in the directive.

The lawsuit states that a representative from Twitter failed to disclose what content in the ad was against the guidelines.

The advertising team said it had repeatedly asked for further clarification because it did not believe the trailer violated any of those rules, according to the lawsuit.

“There’s no reason Twitter should have banned this trailer,” Choudhry said.

Mr Bakan said he believes the ad was originally rejected by artificial intelligence – which raises questions about the role of AI in conveying public discourse. However, he said that subsequent discussions with Twitter representatives did not provide sufficient reason for his trailer to be rejected.

Mr Bakan noted that these decisions about Canadian content were made outside of Canada, which calls into question the country’s ability to regulate content on public forums serving the country.

“Twitter can arbitrarily decide from California who can say what is really problematic and, as we argue, illegal,” said Bakan. Twitter is headquartered in San Francisco.

Twitter plays an important role as a sprawling democratic forum, Bakan said in an interview, noting that Prime Minister Justin Trudeau has 5.6 million Twitter followers and uses the platform as the primary communication tool.

The lawsuit against Canada calls on the government to enact laws and promote regulations to protect constitutional freedom of speech on Twitter and other social media platforms that act like public arenas for political, social, state and democratic expression activities.

“We argue that under the Charter [of Rights and Freedoms], The Canadian government has an obligation to regulate Twitter and require it to adhere to the principles of free speech, “Bakan said. “This is an adventurous and novel argument, but one that is also heavily based on precedents in Canadian constitutional law.”

Mr Choudhry added: “In all fairness, governments should have acted here a long time ago.”

Camille Gagné-Raynauld, a spokeswoman for Canadian Minister of Culture Steven Guilbeault, declined to comment as the matter is pending in court.

Your time is precious. Have the Top Business Headlines newsletter conveniently delivered to your mailbox in the morning or in the evening. Register today.