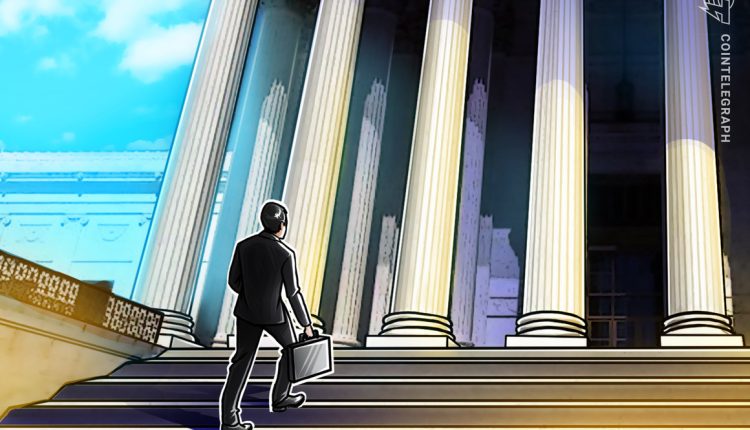 Officials with the United States Financial Stability Oversight Council, or FSOC, have recommended US lawmakers pass legislation to determine which “rulemaking authority” will be responsible for regulating parts of the crypto spot market.

In on Oct. 3 meeting of the FSOC, Jonathan Rose, a senior economist at the Federal Reserve Bank of Chicago, said the FSOC had released a report in accordance with President Joe Biden’s executive order on crypto, detailing potential financial stability risks of digital assets and regulatory gaps. The report identified regulatory gaps, including the spot market for crypto assets that were not securities subject to “limited direct federal regulation” — hinting at lawmakers stepping in to prevent possible market manipulation and conflicts of interest.

“While some firms in the crypto asset ecosystem have attempted to avoid regulation, other firms have engaged with the existing regulatory system by obtaining trust charters or special state-level crypto asset-specific charters or licenses,” said Rose. “The report recommends the passage of legislation in providing a rulemaking authority for federal financial regulators over this [spot] markets.”

According to Rose, cryptocurrencies could present financial stability risks to the US economy “under certain conditions” — including growth without corresponding regulatory checks and balances. He also mentioned crypto firms operating through affiliates or subsidiaries, seemingly obfuscating offerings in the eyes of regulators, and whether companies should be allowed to offer services through intermediaries, including “broker dealers and futures commission merchants.”

In a prepared statement for the council meeting, Treasury Secretary Janet Yellen said:

“These reports provide a strong foundation for policymakers as we work to mitigate the risks of digital assets while realizing the potential benefits. They also provide a valuable addition to the public’s understanding of digital assets.”

The council’s recommendations seemed to suggest that the Commodity Futures Trading Commission, or CFTC, could be one of the regulators given authority over the crypto spot market. US lawmakers have already introduced bills aimed at clarifying the roles of the Securities and Exchange Commission and CFTC with regard to crypto. Many in the space have also criticized the two bodies for taking a “regulation by enforcement” approach to digital assets, seemingly in an attempt to gain regulatory control over the market without legislation going through Congress.

On Oct. 3, the SEC announced it had charged celebrity Kim Kardashian $1.26 million for “touting on social media a crypto asset security offered and sold by EthereumMax” without disclosing any payment she had received for the promotion. In May, a federal court ordered the three co-founders of crypto derivatives exchange BitMEX to pay $30 million in civil monetary penalties as part of a CFTC case in which the regulator said the individuals violated aspects of the Commodity Exchange Act.