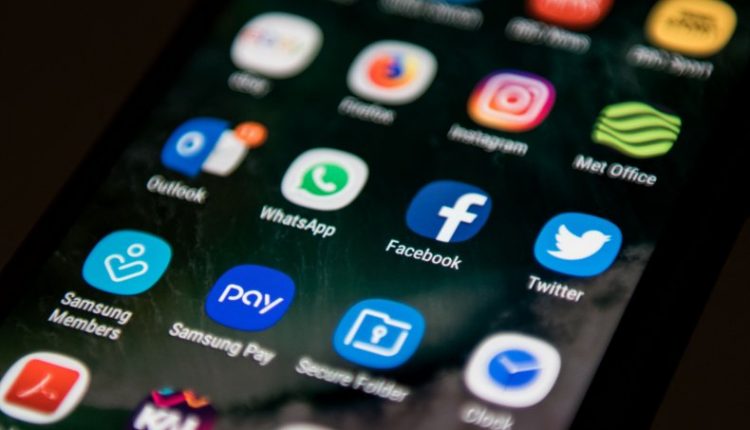 The Debate, a Newsweek podcast, announced Tuesday that it is partnering with the team behind the documentary The Social Dilemma on a project that will encourage students to participate in debates about the future regulation of social media companies.

The podcast’s partnership with Exposure Labs, the production company behind the 2020 documentary, was announced during a special episode of The Debate that was released Tuesday morning. The National Association for Urban Debate Leagues, the Boston Debate League and the Washington Urban Debate League are also listed as partners for the cooperation called The Social Dilemma Debate Project.

The declared goals of the project are “to combat the polarization, hatred and stagnation that determine today’s culture and politics with a new generation of strong debaters”.

Newsweek’s The Debate podcast announced Tuesday that it was joining the team behind The Social Dilemma for the Social Dilemma Debate Project. Above, a mobile phone screen shows the social networking app icons in a photo taken in Manchester, England on March 22, 2018.
OLI SCARFFs / AFP via Getty Images

Max Steinman, Creative Director of Exposure Labs, said in a video announcing the partnership that participating students will be “discussing a question we need to ponder: Should we change the way we regulate social media?”

He continued, “Our hope is to connect the voices of those most affected by these platforms with those who are actively working on solutions. We need all of your ideas and voices to solve the problem. “

Steinman further explored the project’s goals while speaking with The Debate co-hosts Josh Hammer and Celeste Headlee for the Tuesday episode of the podcast.

The social dilemma, which quickly grew in importance after landing on Netflix last year, included interviews with social media executives who “didn’t care about their own creation,” Steinman told Hammer and Headlee. The documentary “reveals the way in which these platforms create political polarization, mental health problems and essentially exacerbate some underlying problems in our society,” he added.

More than a year after the documentary was released, the new initiative aims to “inspire and empower young people, students across the country to engage in a debate on how to deal with the social media“ business model ”of dem Steinman said it is “actually eroding” our ability to have a healthy debate in order to engage in civil discourse. “

A web page for the project, which can be found on The Social Dilemma’s website, encourages students and teachers to participate in discussions of ideas for social media reform and to record videos of their conversations. Students applying for scholarships and wanting the opportunity to appear on The Debate are encouraged to submit a 2-minute video showing “their proposed policy solution”. All videos must be submitted by March 21, 2022.

Up to five students could win $ 500 scholarships and a spot on a future episode of The Debate for their video submission, project organizers said.

Steinman said on Tuesday’s podcast episode he hoped “thousands” of students would choose to participate.

“We will probably work on this topic for a very long time, at least from a regulatory point of view,” said Steinman. “In the meantime, I hope that if young people are genuinely inspired by this topic and this project, that they will listen to each other and understand how to make strong arguments, that in itself is a success. And hopefully some of them will be inspired to take up this issue and become leaders in this kind of growing humane technology movement that we are driving forward. “