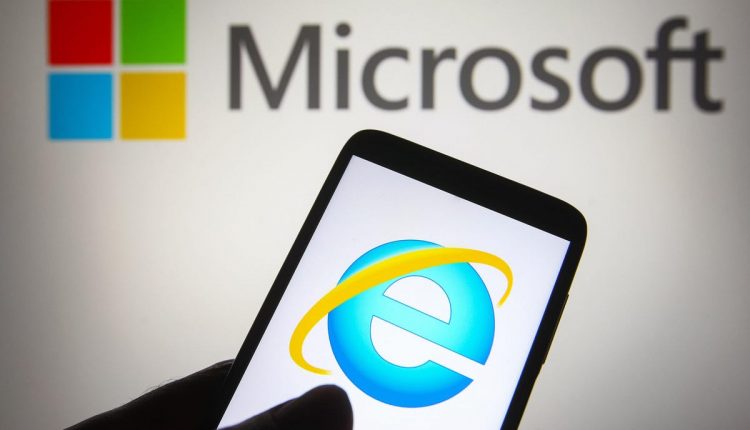 On Wednesday, tech giant Microsoft officially ended support for Internet Explorer (IE), the web browser that once dominated the market – and even led to an antitrust case that brought on by the United States government.

Internet Explorer officially launched on August 16, 1995, and quickly emerged as the victor in the so-called “Browser Wars” of the late 1990s beating out rival Netscape.

However, Microsoft’s domination of the market didn’t last all that long and the release of Firefox in 2002 led to a wave of open-source browsers, including Google Chrome, which was released in 2008. That wasn’t the end for IE, but perhaps to quote the late Sir Winston Churchill it was the “end of the beginning.” Microsoft saw as much and eventually developed Edge, a more secure and modern browser that launched in 2015.

“The death of IE marks sort of a formal end to the early days of the Internet when access and aggregation of content drove online business more than advertising. Microsoft’s activities around IE, including bundling it with Windows, also led to the company being charged with violating the Sherman Antitrust Act,” said technology industry analyst Charles King of Pund-IT.

“While Microsoft escaped being broken up, its victory in the ‘Browser Wars’ was short-lived, and IE steadily began losing ground to competitors, including Firefox and Google’s Chrome,” King explained. “The tale of IE’s rise to dominance and then eventual decline to irrelevance parallels the evolution of ecommerce and other activities. It was a fascinating ride with what once would have been considered a highly unlikely ending.”

The end of official support for IE was marked on social media on Wednesday, and there were some 100,000 tweets devoted to the browser. For some it was like the passing of an old friend.

The official Twitter account of fin-tech news site Morning Brew (@MorningBrew) shared an image of the Pixar animation character Woody stating “so long partner,” while it captioned, “Goodbyes are never easy. After 27 years, Microsoft will officially be shutting down Internet Explorer starting Wednesday this week.”

In a more humorous take, the LizaMinnelliOutlives humor account (@LiZaOutlives), tweeted, “Liza Minnelli has outlived the Internet Explorer Browser. After 27 years, Microsoft is officially shutting it down.”

Others were less kind in their assessment of IE’s role in browser history.

“You shall be missed Internet Explorer,” suggested the Malaysian news site MGAG (@My_MGAG), which shared a cartoon of death telling IE it was time to go.

A similar theme was shared by web video producer Marques Brownlee (@MKBHD), who poked fun, tweeting, “Today marks the official end of Microsoft’s support for Internet Explorer. RIP to the #1 Chrome installer of all time”

“Respect++ To Internet Explorer!,” added @mn_google, which noted that you couldn’t download another browser without IE!

Despite the fact that the browser didn’t actually make it to its 27th anniversary/birthday, which is still technically two months away, a few users suggested that IE has joined the infamous “27 club” of musicians, artists and actors who died at age 27. Among those who are in the 27 club are blues musicians Robert Johnson, Brian Jones of the Rolling Stones, Jimi Hendrix, Janis Joplin, Jim Morrison, Jean-Michel Basquiat, Kurt Cobain, and Amy Winehouse.

“unlike the rest of the 27 club, IE seems well past it’s prime,” added @willkanellos.

IE it seems is now just a part of our browser history.

The metaverse is a labour subject