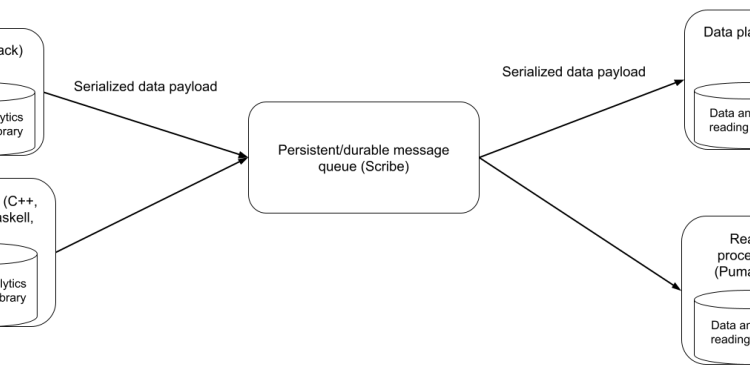 There are numerous heterogeneous services, such as warehouse data storage and various real-time systems, that make up Meta’s data platform — all exchanging large amounts of data among themselves as they communicate via service APIs. As we continue to grow the number of AI- and machine learning (ML)-related workloads in our systems that leverage data for tasks such as training ML models, we’re continually working to make our data logging systems more efficient.

Schematization of data plays an important role in a data platform at Meta’s scale. These systems are designed with the knowledge that every decision and trade-off can impact the reliability, performance, and efficiency of data processing, as well as our engineers’ developer experience.

Making huge bets, like changing serialization formats for the entire data infrastructure, is challenging in the short term, but offers greater long-term benefits that help the platform evolve over time.

The challenge of a data platform at exabyte scale

the data analytics logging library is present in the web tier as well as in internal services. It is responsible for logging analytical and operational data via scribe (Meta’s persistent and durable message queuing system). Various services read and ingest data from Scribe, including (but not limited to) the data platform Ingestion Service, and real-time processing systems, such as puma, stylusand XStream. the data analytics reading library correspondingly assists in deserializing data and rehydrating it into a structured payload. While this article will focus on only the logging library, the narrative applies to both.

At the scale at which Meta’s data platform operates, thousands of engineers create, update, and delete logging schemas every month. These logging schemas see petabytes of data flowing through them every day over Scribe.

Schematization is important to ensure that any message logged in the present, past, or future, relative to the version of (de)serializer, can be (de)serialized reliably at any point in time with the highest fidelity and no loss of data. This property is called safe schema evolution via forward and backward compatibility.

This article will focus on the on-wire serialization format chosen to encode data that is finally processed by the data platform. We motivate the evolution of this design, the trade-offs considered, and the resulting improvements. From an efficiency point of view, the new encoding format needs between 40 percent to 85 percent fewer bytesand uses 50 percent to 90 percent fewer CPU cycles to (de)serialize data compared with the previously used serialization formats, namely Hive Text Delimited other JSON serialization.

How we developed Tulip

An overview of the data analytics logging library

The logging library is used by applications written in various languages ​​(such as Hack, C++, Java, Python, and Haskell) to serialize a payload according to a logging schema. Engineers define logging schemas in accordance with business needs. These serialized payloads are written to Scribe for durable delivery.

The logging library itself comes in two flavors:

The logging library writes data to multiple back-end systems that have historically dictated their own serialization mechanisms. For example, warehouse ingestion uses Hive Text Delimiters during serialization, whereas other systems use JSON serialization. There are many problems when using one or both of these formats for serializing payloads.

The fundamental problem that Tulip solved is the reliability issue, by ensuring a safe schema evolution format with forward and backward compatibility across services that have their own deployment schedules.

One could have imagined solving the others independently by pursuing a different strategy, but the fact that Tulip was able to solve all of these problems at once made it a much more compelling investment than other options.

When engineers author a logging schema, they specify a list of field names and types. Field IDs are not specified by engineersbut are instead assigned by the data platform management module.

This figure shows user-facing workflow when an engineer creates/updates a logging schema. Once validation succeeds, the changes to the logging schema are published to various systems in the data platform.

The example above shows the creation and update of a logging schema and its impact on the serialization schema over time.

We would like to thank all the members of the data platform team who helped make this project a success. Without the XFN support of these teams and engineers at Meta, this project would not have been possible.