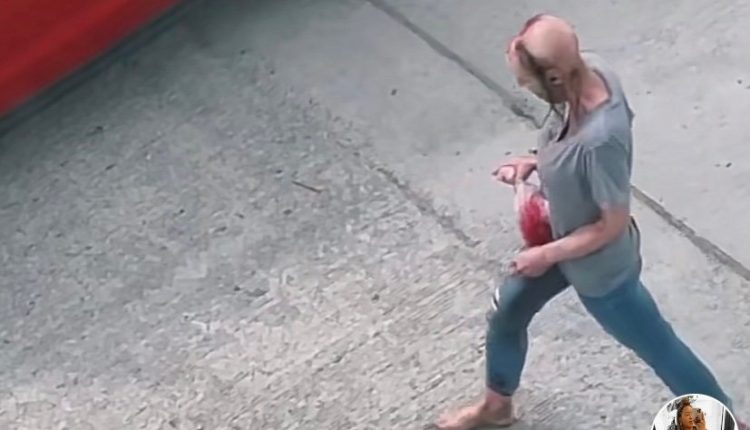 A video went viral on TikTok earlier this year that terrified everyone.

The clip showed a zombie-like woman with a shoe, torn clothes and little hair and screaming in the street covered in blood.

Many people were worried about the woman, believing she had had a terrible accident, while others thought it must be a movie set.

Now, TikTok users are linking the 2015 Marilyn Stanley case to the video, but it’s not the same person.

Since the zombie women video went viral, people have been trying to figure out who the woman actually is.

People unearthed the case of Marilyn Stanley, a 26-year-old Kentucky woman who was scalped by her boyfriend.

A Boone County judge charged Zachary Gross with first degree assault, manipulation of evidence and harboring a vicious dog after ordering his pit bull to attack her.

Marilyn underwent multiple surgeries after losing 80% of her scalp, and medical experts told her that she would never grow hair on her head again.

In 2017, two years after the attack, Zachary showed no remorse in court and blamed his dog for everything but was sentenced to 20 years in prison.

TikTok users believe the woman in the video is Marilyn Stanley, but that’s not true.

The zombie women video was made in 2021, but Marilyn’s attack happened six years ago in 2015.

This means that while the two events appear similar, they are in no way related.

At the time of this writing, the zombie women video is still unsolved.

Some people have noticed that the cars’ license plates are from Seattle and have suggested that the scene is part of an upcoming American thriller film called KIMI, which is set in Seattle.

“I’ve also been trying to figure out what it is, and a lot of people are pointing out that it may be shot for a movie called KIMI because the license plate is a Washington license and it’s shot in Seattle,” one person wrote on Twitter.

Another commenter said, “Okay, so I did some research and someone suggested it was a scene from an upcoming thriller called KIMI that is being filmed in LA and Seattle.”

However, others claimed that the police were sent to help her as she was a real woman in need of help.

In other news, who will replace Max Kellerman on ESPN’s First Take?