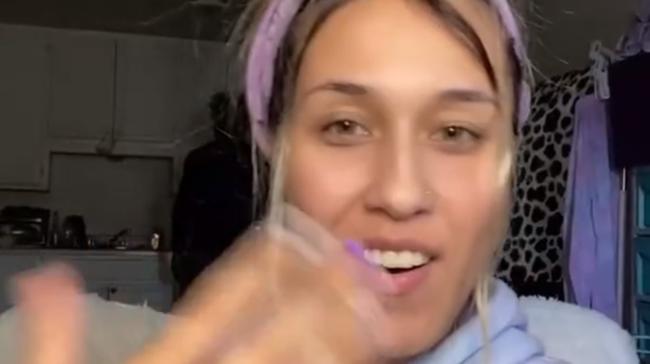 A shadow figure in the background of a woman’s TikTok video scared the audience.

But as it turned out, there was a very innocent explanation.

Check out the video above

User Mariyah May, who posts @mooyahyah under the handle, filmed herself removing some very long fake nails.

As she cuts her nails, a shadowy figure is seen lurking over her right shoulder.

A shadow figure in the background of the TikTok video of a woman startled the audience. Image Credit: TikTok

It only appears in front of the camera when she bends to the left.

During the entire video, Mariyah doesn’t seem to notice the guest.

As for the comments, people speculated about what it might have been and some suggested a “shadow demon.”

“He stands there like a ghost, it’s scary,” commented one person.

The figure in the background turned out to be a poorly lit fiance. Image Credit: TikTok

However, it turns out that the “ghost” was actually her fiancé.

When she replied to some of the comments, she assured concerned viewers that she was not being followed.

But she said she didn’t know what he was doing and responded to someone who pointed out that he was waiting for a microwave to finish its cycle by saying, “I don’t actually own a microwave so I have no idea what he did.”

The video has been viewed more than 24 million times.

What does Jordan imply on TikTok? Person creates “largest inside joke” on the app!