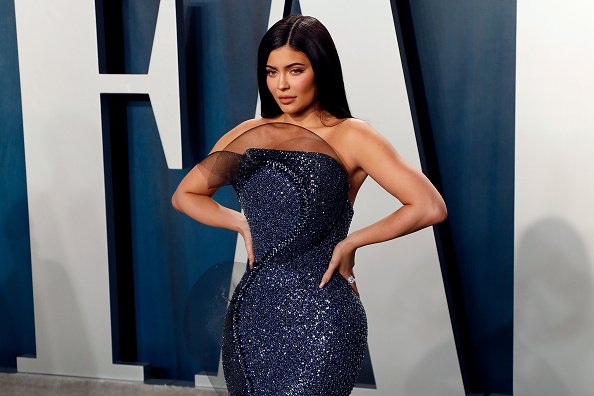 On Aug. 20, Page Six reported that Kylie Jenner had baby # 2. Travis Scott and the makeup mogul have yet to confirm this, but a TikTok video may have predicted this news based on the star’s nail color.

Kylie and Travis keep their relationship off the media. Though the couple never confirmed their revived romance, their appearance together at the 72nd annual Parsons Benefit hosted by The New School in New York City suggested their relationship status. Now, with the rumors of Kylie pregnant again, fans want to know more.

When it comes to fans and social media, most of them seem to have detective skills. Last time fans had predicted Kylie could be pregnant based on her social media posts. It was no different this time.

On August 11th, a TikTok user named “carolinecaresalot” posted a video explaining why she thinks Kylie may be pregnant. In the small excerpt, Caroline posted several “facts” that confirmed her theory.

It starts with Kylie’s birthday being the main giveaway of her pregnancy. She compared Kylie’s celebration in the past and revealed that this year’s pictures from the birthday party were very different as none of the attendees at the event posted pictures of Kylie.

At the same time, Caroline suggested that the picture Kylie posted on her birthday may have been taken earlier due to the color of her nails. In the Instagram post, the makeup mogul showed off a light pink nail. Meanwhile, Kylie’s nails were a green color in the photo Kim uploaded on the day of the celebration.

In addition, Caroline noted that instead of the usual extravagant event, the party also had a “painting party”. She said, “A time brunch for your birthday? Mom, you are pregnant. “

Eventually, Caroline pointed out how Travis and Kylie decided to show up for a red carpet together months after keeping their relationship under wraps. With all of these clues, the TikTok video has already received more than 4 million views.

What we know about the star’s pregnancy

Speaking to Page Six, a source close to the star said that Kylie was “in a very early stage” and did not know the child’s gender.

Speculation about Kylie’s pregnancy also increased when Caitlyn Jenner hinted that she will be welcoming another grandchild. However, she spoke of Burt Jenner, who is expecting his third baby with his girlfriend Valerie Pitalo.

While Kylie and Travis haven’t confirmed the news, the reality star kept her pregnancy a secret last time, and fans think she may be doing the same thing again.

Tunisia: Coup or Alternative for Reform?