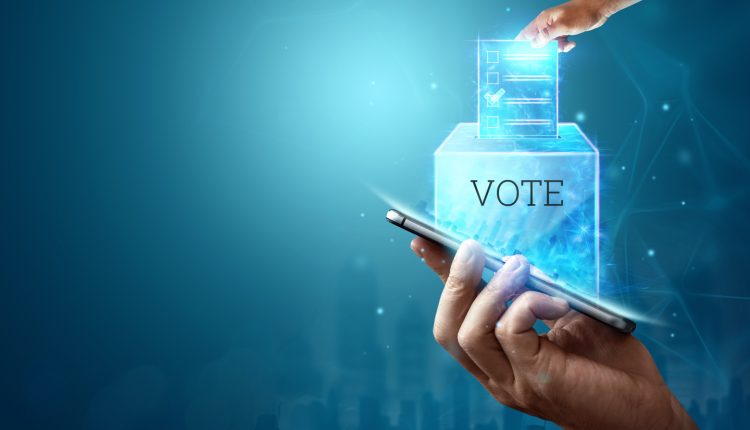 TikTok has announced it will shut down American politicians’ access to its fundraising features ahead of the November midterm elections in the US.

The history of social media and politics has, depending on your political affiliation and your level of connection with reality, been either glorious or horrifying. It’s either been a brilliant way to circumvent mainstream news agenda (and/or fact-checking) and get a new truth out to people, or a story of the cynical deployment on blatant untruths in a friendly medium that rarely has the gravitas to talk down to any of its users – and so use a social medium to affect real-world cataclysm.

Whatever you think about it, denying its impact on the democratic process in the last decade is impossible. But with a Democratic President, a majority Republican Supreme Court with a predilection for civil rights rollbacks, a legislative branch whose make-up could change radically depending on November’s results, and several candidates standing on the insurrectionist and fact-free doctrine of the “stolen election” of 2020, midterm elections have not been this crucial in deciding the direction of a superpower’s narrative since President Obama’s first midterms in 2010. And if a week is a long time in politics, 12 years is an eternity when it comes to the impact of social media in the political sphere.

That means there have been calls for social media to self-regulate its impact in the midterms – or potentially face imposed regulation in the aftermath of their results.

While some other social media platforms, and the world’s search engine, Google, revealed in early September the ways in which they planned to limit everything from biased commentary to screamingly reality-lite conspiracy theory, TikTok has just doubled down on its commitment to what looks like an even playing field.

The Joy of TikTok

The new powerhouse of the social media world initially committed to creating an election news center where users would only be able to access fact-based news. Now it has unveiled another two-stage plan to “help ensure TikTok remains a fun, positive and joyful experience,” according to the company.

The pro-joy plan starts with mandatory verification for all political accounts based in the US, so that both party accounts and the accounts of individual politicians will have to be verified as the source of whatever content they produce – creating an authenticity trail, so there’s no ability for denial or fudging of a content’s origin. That should allow the platform to track down any rumors or fact-free commentary to their source.

After this mandatory verification will come a step designed to significantly limit the amount of fundraising that can be achieved on the site in the run-up to the midterms.

While, unlike the Meta-owned Facebook and Instagram, TikTok has never allowed direct political advertising, there are several monetization features on the platform, including gifting, tipping and e-commerce. In the run-up to the midterms, neither individual politicians nor political parties will be allowed to ask TikTok’s millions of users for donations, or direct them to fundraising websites. The gifting, tipping and e-commerce functions will be expressly removed from the accounts of politicians, parties, and US government entities in the weeks leading up to the midterms. These political accounts will also be ineligible for TikTok’s Creator Fund during the period of the election run-up. The Creator Fund rewards the platform’s top content creators financially, which makes it another way to monetize accounts.

Blake Chandlee, President of Global Business Solutions at TikTok, explained the changes – and their motivation – in a blog post.

While the moves seem even-handed, it’s fair to mention that the demographic of TikTok’s user base in the US heavily favors younger voters, who tend to vote Democratic at election time. That’s a fact that highlights the issue with uneven responses to political bias across the social media spectrum, with older voters preferring platforms like Facebook and Twitter.

Meta has pledged to ban all new political, electoral and social issue advertises on both its platforms for the final weeks of the campaign, according to Nick Clegg, head of Global Affairs at the company and himself a former leader of a political party in the UK . It will also remove any advertisements that call into question the legitimacy of these elections, or encourage people not to vote.

Meanwhile Google, which has been hit with complaints of partisan censorship by Republican congressional leaders, has pledged to ensure no political emails end up in recipients’ spam folders, after the GOP found an allegedly disproportionate number of its communication emails were being consigned to that fate , and introduced legislation to tackle what it saw as email bias by big tech.

As TikTok has really grown to prominence over the course of the last two years, the November midterms will be the first elections in which the platform would have been an active force in swaying voters. What effect the moves to neutralize the impact of potentially dishonest or inaccurate on the platform may have remain to be seen, but it’s an impressive irony that the biggest moves towards neutralizing political impact in the social media sphere have so far come from a platform headquartered in Shanghai, China, while the mostly US-centered platforms will – by all the available evidence – still leave quite a lot to be desired in terms of delivering neutrality and fact-centered content.

Is Covid ‘Beneath Management’ within the US? Specialists Say Sure