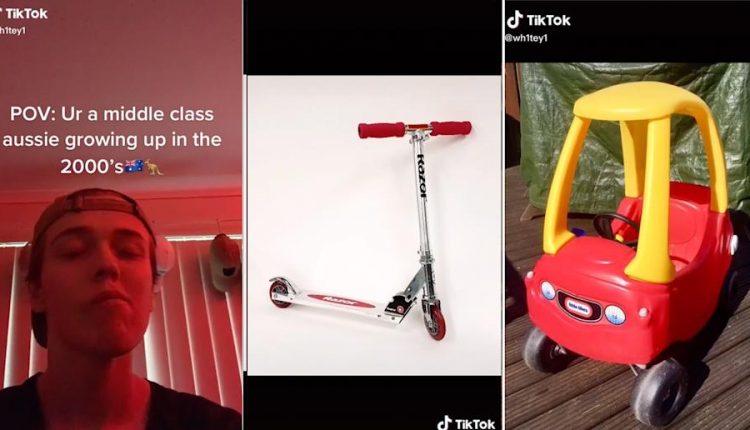 TikTok trends often reach far and wide and spread all over the world – so it’s nice when someone comes along who stands a little closer to home.

Introducing: The Nosebleed Section: a trend that will remind you of the old days of elementary school snacks, school trips to Canberra and schoolyard games like Four Square.

In the TikTok trend, people go through and list the items or trends that many Australians would have grown up with.

The videos contain a compilation of photos of items such as Razor scooters, Etnies shoes, Zooper Dooper ice blocks, and other popular items.

The videos usually start at the beginning of the song with the opening text of the song The Nosebleed Section by the Australian hip-hop band The Hilltop Hoods: “For my people in the front, in the nosebleed section.”

Sometimes users precede it with a statement such as “POV, you grew up in Aus” or “POV, you went to a public high school in Australia” before listing those long-lost memories of days gone by through a series of photos.

Where is the trend coming from?

The trend includes the song The Nosebleed Section by the Australian hip-hop band The Hilltop Hoods.

The song itself speaks more or less of a humble life – traditionally, buying tickets to an event in the “nosebleed department” means they’re the worst seats in the house.

The older TikTok videos started in late July, so it’s a new trend that is picking up speed with close to 4000 videos using audio at the time of publication.

The trend’s biggest videos to date

Why is it so popular on TikTok?

The trend plays heavily on people’s nostalgia by referring to quintessentially Australian things that would have been common in their childhood.

Because who doesn’t love looking back into simpler times!