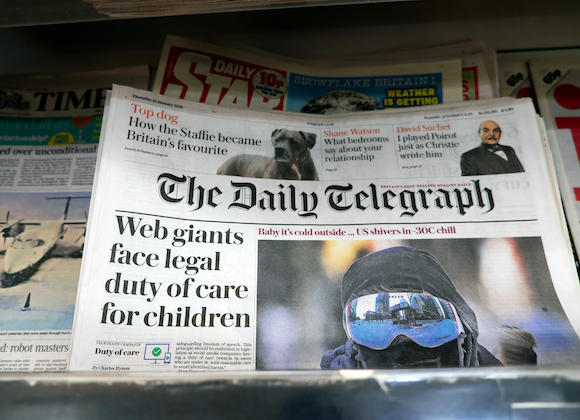 It’s been a long way to get this far. After five parliamentary inquiries, alleged electoral interference, decades of concern for children online, and multiple suicides by victims of online hatred, the government recently released its online safety law. If the law is passed, the law will force platforms to better protect us online.

But the bill could fail. Leading Tory liberalist David Davis wants to drag reforms into the culture wars. Davis, who has called the legislation “a disaster for freedom of expression,” has teamed up with the Index on Censorship campaign. As a committee of seasoned MPs prepares for a legislative review, political forces of all stripes join forces to oppose the bill.

Some resistance to new regulations is inevitable, but this online version of the free speech war game is set against a special backdrop. Those affected by the regulation – especially big technology platforms like Facebook and Google, which will be costing enormous amounts under the regime – can support it, while many of those it is supposed to protect – the users of those platforms – are ready to resent scream.

The bill is in part the result of a two-year campaign led by the Daily Telegraph and is seen in some circles as the newspapers’ revenge on social media platforms that have undermined the print market. Newspapers have clearly made progress in their understanding of freedom of expression. Ironically, the newspaper, which led a principled campaign against any form of press law during the Leveson investigation, argued that self-regulation would never be enough to fix ethics on the Internet. Only a law would do it.

So here’s the law: 141 clauses, five appendices, 133 pages. While the central idea – applying “due diligence” to technology platforms – may sound like a slight tightening of ethics, the promise of the law is more ambitious. Its proponents hope it will turn the wild west of internet services into a managed prairie. Less loud and unpredictable yes, but fewer gunslingers, circled cars and hopefully fewer gunshot wounds.

The due diligence would especially apply to the larger platforms like Facebook, Google, Apple and Microsoft, where users spend most of their time and data, but Twitter is also targeted by the new law. If passed in its current form, these major search and social platforms will have new obligations to conduct risk assessments, design their services to minimize harm (e.g. downing content that is classified as “harmful” much faster .

This includes not only posts that pass the test for incitement or racism and are therefore illegal, but also content that is legal but is considered harmful by the regulatory authority and violates the rules of a particular platform. And here’s the kicker: if they don’t protect the public from either type of content, they can be fined. If they refuse to protect us after repeated warnings, executives could be prosecuted.

The extension of new controls to content that isn’t even illegal has set the alarm bells ringing. Opponents of the bill say it will cool free speech to the level of censorship in China. According to leading internet attorney Graham Smith, “If the road to hell is paved with good intentions, this is it” [Bill] is a highway. ”Index on Censorship says that Ofcom’s role and exceptions for democratically important news content create a“ two tier system that censors the masses and privileges the elites ”. Index, like Davis, worries about the censorship of the language not only by the government but also by the tech companies themselves. Many of these questions are legally and philosophically unresolved, which is why they are on and on.

Cynics see the regime’s attraction to Facebook: if the cost of compliance is high enough, only companies will survive that are able to make the investments required to comply. The duties of risk reduction are toughest for the biggest players, precisely in order to encourage competition. But it is impossible to predict how the framework will develop. What we could therefore experience is the establishment of a regulated oligopoly.

The government is working on a new approach to platform competition and is establishing a Digital Markets Unit, which promises stronger regulation in the public interest and some monitoring of the deadlocked dominance of the big platforms. But all of this must be open. If we create a social pact in which these giants receive long-term benefits in return for serving the public interest, we need constant scrutiny by competition and other authorities, and all regulators need a much deeper public discussion what that is this public interest. Otherwise, we run the risk of creating centers of unpredictable power that ultimately harm democracy.

The government has shown it is serious about accountability by appointing Damian Collins to the committee that oversees scrutiny of the legislation. The MP, who also chaired one of the more thorough and ambitious parliamentary committees of inquiry leading up to the legislation, will bring the determination – and an impressive list of global parliamentary contacts – to get the job done.

The problem with the Online Safety Act in its current form is that it fails to involve civil society and gives too much power to government and private actors. Only civil society can counterbalance the dual threat of state and private imprisonment, and it cannot do so unless Parliament deliberately targets it by adding transparency and public participation to the bill in place of the dead hand of the bureaucracy. the corruptible power of the executive and the opaque, often alien, private power. The joint control committee must urgently obtain changes to this.

For those of us who have been watching regulation in this area for many years, this feels like the beginning of an endgame where the structures and frameworks will be set for many years to come. In principle, the law on online security offers the potential to direct accountability neither through the state nor through opaque private bodies, but directly to civil society. Parliament simply has to take the necessary steps to make it a reality and not be drawn into made-up wars of free speech.