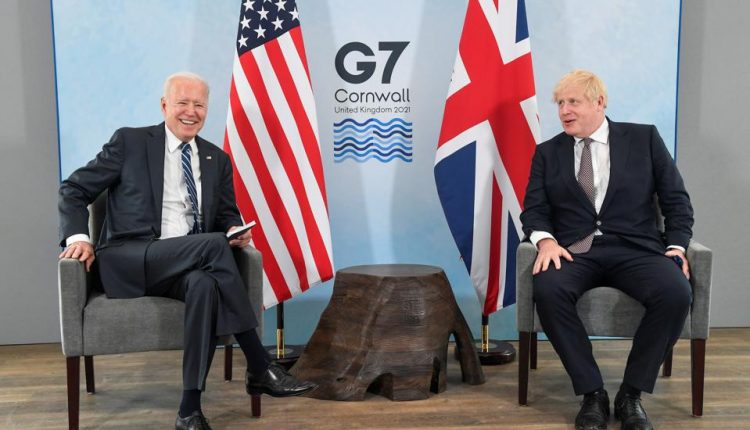 Federal authorities set out their regulatory priorities in the Single Agenda for Federal Regulatory and Deregulation Measures (the “Agenda”) in spring and autumn. However, the appearance of the agenda is chronically unpredictable because the delayed first edition of the Biden government on November 11th.

While the little-known agenda provides a useful snapshot of the rules in the pipeline and just finalized, political considerations like elections or sometimes priorities can change and lead authorities to speed up rule-making or to abstain and say less about what is going on affects the content and scope of the agenda. However, the Biden government has never subtly shown its regulatory ambitions, and the new agenda reflects that.

On the expenditure side, the Biden government, together with the G7 executives, has promised to keep the “taps open” and “grow up”. In a similar way to how Biden’s $ 6 trillion budget boldly requires a nation to spend its path to prosperity through debt, the White House’s regulatory agenda envisions an area that regulates itself to a progressive utopia.

Announced in a press release by the White House Office of Management and Budget, entitled “An Agenda for Continuing a Robust and Equitable Economic Recovery,” Sharon Block, acting administrator of the Office of Management and Budget’s information and regulation bureau, appealed “still hard work”. ahead to rebuild better and more equitably. ”In the statement, the agencies attributed the following bold ambitions:

Indeed, in Biden’s own words, the Biden administration views the entire regulatory tightening program of the former Trump administration as “harmful policies and guidelines that threaten to frustrate the federal government’s ability to … address problems.” A number of Biden executive orders to overturn Trump actions have systematically gutted Trump’s entire program to contain the administrative state.

The OMB press release even attacked the former government, apparently a new tone for the typical vanilla agenda. Black tinted:

“[T]The unified regulatory agenda continues to break down the barriers to recovery, equity and sustainability that the previous government put in place, such as: B. by making it very difficult for families to challenge discriminatory housing practices and by encouraging corporate polluters as they continue to harm people and communities. … “The last four years have made it clear what happens when the executive branch fails to meet its responsibility to protect the American people. Our first regulatory agenda shows our commitment to reverse this trend and use all available tools to address current challenges and support a robust and equitable economic recovery. ”

At this point, volumes were being written on the dangers of excessive pen and telephone reach of the executive branch and the folly and dangers of “using every available tool”. But here we are.

During Trump’s tenure, the normally unremarkable agenda was accompanied by White House boasting of meeting the goals for the “one-in-two-out” rationalization policy for government regulation. This approach is rooted in Trump’s Executive Order 13771 “Reduction Regulation and Controlling Regulatory Costs”, which has now been posted by Biden.

In view of the abrupt change in philosophy and concerns about the concept of the administrative state as a valid form of government, it is worth comparing Biden’s new agenda with the last relevant edition of the Trump administration in December 2020.

The agenda traditionally breaks down a cross-section of regulations from over 60 federal ministries, authorities and commissions as follows:

The Spring 2021 Unified Agenda of Regulatory and Deregulatory Actions includes 72 federal agencies, departments, and commissions that lay down 3,959 rules and regulations in these active (tentative, proposed, and final), recently completed, and long-term phases.

Detail from the unified agenda of federal regulations from spring 2021

Compiled by reginfo.gov by the author

The rules contained in the Unified Agenda can be carried over from one year to the next at the same stage or appear again in subsequent editions at different stages. In the spring edition of 2021, 610 of the Active Actions will appear under Biden for the first time.

Agencies are not required to limit their regulatory activities to the things they post on the agenda unless an administration specifically urges it and requires waivers. Changing that would likely require Congress to insist. Sometimes presenting more speculative long-term rules is recommended, sometimes not as presidential administrations come and go. This subjectivity reflects the reversal of whiplash policies of the administrative state as seen from Obama to Trump and then back to Biden.

Speaking of Trump, the former president’s total of 3,852 rules in the Unified Agenda pipeline to book his term in office was his own highest record, just ahead of Biden’s. In fact, it was the highest number since the Obama 2012 fall census.

This seems paradoxical until one realizes that 653 rules in the pipeline from autumn 2020 were classified as “deregulating” in the sense of Trump’s “in / out” Executive Order 13771, which corresponds to a “net” of 3,199. This designation was deleted by Biden as it does not apply to his agenda anyway.

As would be expected, a large number of the regulations in the pipeline are adopted by a relative handful of law enforcement agencies each year. On the Biden agenda, the ministries of finance, home affairs, transport and trade, along with the environmental protection agency, are the most active rule-makers, a not uncommon summary. These top 5, including 1,556 rules, currently make up 39 percent of the 3,959 rules in the Unified Agenda pipeline.

Some of the rules of the Unified Agenda are classified as economically significant, which by and large means the agencies estimate the annual economic impact to be at least $ 100 million. These effects usually reflect increased costs, although it is true that sometimes an economically meaningful regulation is designed to lower costs, as in the Trump era.

The new Biden agenda contains 297 economically important regulations for the various stages. Compare that to Trump’s 261 economically significant rules in the final 2020 Agenda, 36 of which were deregulatory, for a “net” of 225. That is significantly less than Biden, who is just getting started.

Here we can pause to remind ourselves again that 2020 was the year of the pandemic, which brought not only unprecedented spending but also a plethora of new rules under Trump. A major event was the creation of the paycheck protection program and the rules for its implementation. A look back at the 261 economically significant rules in Trump’s Fall Agenda would find a full 28 Small Business Administration rules related to the Paycheck Protection Program in this category in the finalization phase (ongoing). That was an indicator of how Trump’s rule number would have been lower than it already was if Covid-19 hadn’t shown up. But even these rules for an inherently regulating company were not described as either regulatory or deregulatory.

The economically significant rules that were concluded in the autumn and spring agendas reached their peak together with 97 in 2020. Biden’s “half-time” count is already 65, so he could easily outperform Trump. Trump’s stats were “artificially” high as the Administrative Procedure Act has to write a rule to get rid of one. If the deregulating rules were to be deleted from Trump’s balance sheets, a remarkable numerical rollback in the economically important rule setting would be recognizable compared to its predecessors and Biden. This is not to deny that Trump had his own regulatory ambitions around commercial, antitrust, and social media content; Activities that don’t always appear on the agenda.

However, increased attention to economically significant regulations should not mislead policymakers into ignoring the remainder of the annual pipeline, as this can still impose significant costs on regulated companies. Added to this are the regulatory effects of spending in the “build-back” era.

We are reminded in the OMB’s Spring Agenda press release that Biden “seeks to use every lever at his disposal”. The aggressive social regulation engineering promise “advance equity” to unleash the ministries for health and social affairs as well as housing and urban development make this just as clear as the unlimited, centrally planned “confrontation” of the “climate crisis”.

Stay tuned for the fall agenda.