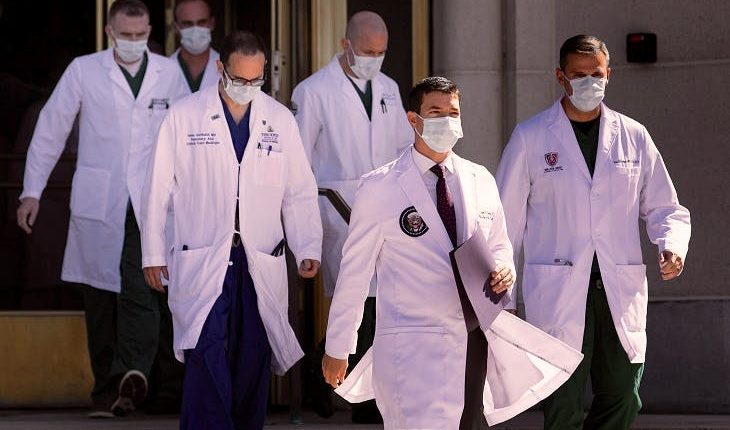 Controversy and dissatisfaction with healthcare regulation in Australia is not new. The recent AMA National Conference saw a motion calling for a Royal Commission into both AHPRA and the Medical Board of Australia. Speaking to the motion, former AMA president, Dr Mukesh Haikerwal, noted, ‘There has been a 12-year history of AHPRA, and there have been fifteen reviews. I think that itself speaks volumes.’

Medical newspapers have also been kept busy reporting the regulatory body’s activities. A recent case renewed debate on the ‘freedom of doctors to question, criticize or challenge governments over fundamental issues of public health or patient safety’ after AHPRA sanctioned a GP for comments made on social media. According to the medical board, the doctor ‘was guilty of undermining confidence in “public health messaging” relating to Covid’ and ‘made comments that disagree with politicians, government bodies and public health organisations, pharmaceutical companies, and other medical professionals’.

‘There’s no doubt (this) has sent shivers throughout those who are engaging in social media in the country. Obviously, there are … behaviors which would be completely unacceptable. On the other hand, there are gray areas too. The worry is that sometimes those gray areas are being interpreted in ways that might not be appropriate, that might inhibit conversations that really need to happen, might inhibit important public health debates occurring – because practitioners are too frightened to engage.’

In responding to concerns, AHPRA re-iterated, ‘The National Scheme’s primary objective is public protection.’ They then highlighted relevant guidance for practitioners in using social media. This guidance includes a statement on public health messages saying, ‘You must make sure that any comments you make… do not contradict or counter public health campaigns or messaging.’

Medical defense organizations – responsible for doctors’ professional insurance – agree: if you want to avoid getting in trouble with AHPRA, make sure your views align with public health messaging, even if it contradicts the evidence. The Medical Indemnity Protection Society (MIPS) advises in its 12 Commandments to avoid AHPRA notifications:

Risks to the public safety

A group of Australia’s leading healthcare professionals point out the risks with this approach in an open letter to Australia’s state and federal Health Ministers:

‘Current public health settings are not infallible, as evidenced by their constant adjustment and wide variation between jurisdictions. The “best available advice” is not always that from government advisers who, by definition, are limited in number, diversity, and expertise.

‘If the open discussion of public health settings by registered practitioners is stifled by authoritarian implementation of regulation … that will not benefit anyone. Australia must not be a country where reputable scientists and clinicians cannot speak for the public good because they fear reprisal from their government regulator.’

Signatory and former Member of Parliament, Professor Kerryn Phelps adds, ‘There is a risk to public safety when doctors remain silent when political and public health messaging get it wrong.’

With proposed legislative changes poised to increase AHPRA’s power to censor and ‘name and shame’ medical practitioners, things are only set to get worse. What doctor would dare to speak against public health or government messaging – despite holding evidence to the contrary – if all that follows is regulatory discipline, public humiliation, and damage to reputation?

Just ask the orthopedic surgeon Dr Gary Fettke. His crime? Recommending reduced sugar intake for his obese and diabetic patients (he was eventually exonerated)… Or ask Doctors for Refugees who fought against gagging clauses on doctors caring for asylum seekers held in Australia’s detention system (the relevant legislation was eventually amended).

These aren’t the only costs. The negative impact of AHPRA notifications on healthcare professionals is well documented. Medical professionals already report higher rates of burnout, depression, anxiety, and suicide than the general population and the burden of enduring the regulatory process only makes things worse. Add to this the cost of anxious medicos practicing defensive medicine and the consequences to patients and the entire healthcare system are huge. We can scarcely afford to put our healthcare system under more strain.

It is becoming increasingly apparent how the current regulatory framework and guidance might undermine AHPRA’s stated aim of ‘public protection’.

Despite the risks a number of healthcare professionals continue to raise concerns about Australia’s pandemic policies and public health messaging. Many have received AHPRA notifications and been suspended from practice while awaiting investigation. In several states, healthcare workers have taken judicial pathways to address their concerns on government approaches, including Queensland, where a group of eleven doctors are currently requesting a judicial review.

On August 2, 2022, Senator Gerard Rennick presented the Federal Health Minister, Mark Butler, with a letter and a petition signed by 2098 healthcare professionals, including 525 doctors and 1,573 nurses. In his letter, Rennick requests ‘to have the AHPRA immediately remove its Covid gag order placed on health practitioners … (and) that the sanctity of the doctor-patient relationship be restored’.

In Australian Healthcare Regulation we must apply the principle of ‘first, do no harm’ to both healthcare professionals and the patients they serve. Only then will we begin to truly ‘protect the public’ from authoritarian rule in healthcare.

Dr Julie Sladden is a doctor and freelance writer with a passion for transparency in healthcare.

Got something to add? Join the discussion and comment below.