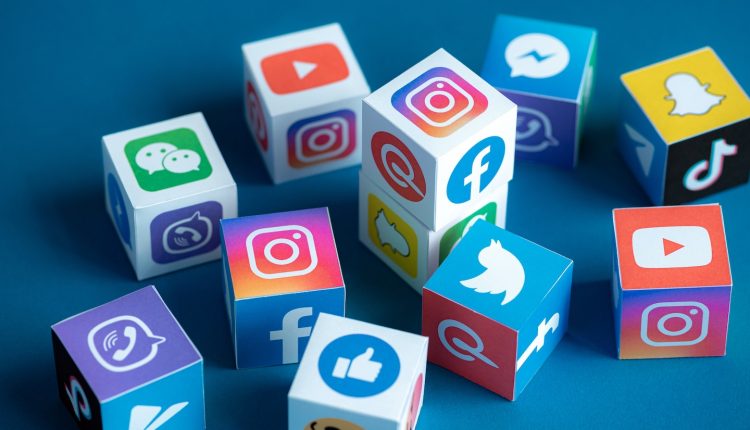 Tech’s blind spots: Sharing with researchers and listening to customers

Below: The Senate tees up votes on chip subsidies, and the tech industry’s warnings of recession are spooking other industries. First:

Tech’s blind spots: Sharing with researchers and listening to users

Tech companies’ efforts to keep their platforms safe are lagging when it comes to sharing information with researchers and incorporating outside feedback, according to a new review conducted by an industry-backed coalition.

Based on a series of self-assessments, the report offers a window into what major tech companies say their biggest blind spots are when it comes to keeping users safe.

The inaugural report by the Digital Trust and Safety Partnership, shared exclusively with The Technology 202, found that platforms tended to lack formal processes for supporting external research and for factoring input from users and outside groups into their safety policies.

The Digital Trust and Safety Partnership, launched last year with funding from over a dozen top tech companies, asked platforms to evaluate and report how much they are adhering to a set of “best practice” safety measures that the coalition devised.

Ten companies participated in the review: Facebook parent Meta, Google, Microsoft, LinkedIn, Twitter, Reddit, Pinterest, Discord, Shopify and Vimeo. While the report does not disclose how individual platforms fared, it provides a glimpse into the state of industry-wide safety trends.

The results only reflect where platforms — not independent auditors — find themselves to be lacking. But according to the report, it underscores how safety initiatives have “developed with less external engagement outside of companies until recently.”

“For a long time, trust and safety in content moderation has been a one-way function, where the companies sort of create the rules for the service and enforce the rules,” Digital Trust and Safety Partnership Executive Director David Sullivan said.

He added, “But actually understanding user perspectives in these things and working with credible third-party groups, human rights organizations, academics, investors, all of that is where there’s an enormous amount of work to be done.”

Another key area where companies are underdeveloped, according to the report, is in setting up processes to evaluate whether products are meeting safety standards after they launch.

Where companies excelled, Sullivan said, is in their “core content moderation functions,” such as developing rules to deal with online harms and standing up teams to monitor and enforce them. “That’s where I think you can see that there’s been a lot of attention,” he said.

The self-evaluations may also serve as a dry-run for tech companies, the biggest of which will soon be subject to independent audits under new European regulations.

The European Union’s landmark safety measure, the Digital Services Act, will require that large platforms be vetted to make sure they are mitigating risks posed by disinformation, election interference, cyberviolence against women and harms to children.

“These companies realized that rather than just waiting for regulations to come and complying with them that this is something to get ahead of, both to actually figure out what’s going to work for all of their products … and to have that be a contribution to” the debate about content moderation and regulation, Sullivan said.

The findings could bolster calls for legislation requiring tech companies to fork over more internal data to researchers, as some US lawmakers have proposed.

In December, Sens. Chris Coons (D-Del.), Rob Portman (R-Ohio) and Amy Klobuchar (D-Minn) unveiled a bill that would allow researchers to petition a federal agency to gain access to data from platforms to conduct an approved study. The bipartisan measure is one of Congress’s most significant attempts to open up the so-called “black box” of social media.

“This is an area where there’s a lot of heat but not enough light,” Coons told me in May.

But the bill has yet to be formally introduced, meaning it won’t likely become law anytime soon.

In the meantime, Sullivan said his group is planning to stand up an independent safety assessment that won’t simply rely on self-evaluations by companies.

“We hope to have … more to share about what that third-party assessment is going to look like before the end of this year,” he said.

The bill includes $52 billion in semiconductor subsidies and tens of billions of dollars for regional tech start-ups and the National Science Foundation, Jeanne Whalen reports. The Senate is expected to hold a cloture vote today on the bill, which would move to a full Senate vote this week if it clears a 60-vote threshold.

“After months of debate and setbacks, the legislation resembles the United States Innovation and Competition Act, the original form of the bill intended to boost US competitiveness against China, which cleared the Senate last year but ran aground in the House,” Jeanne writes. If it passes the Senate this week, the bill would go to the House.

Grassley amps up pressure on Schumer to hold antitrust vote

Sen. Charles E Grassley (R-Iowa), a sponsor of the legislation, wants Senate Majority Leader Charles E Schumer (DN.Y.) to schedule a vote for the legislation that would bar major tech companies from “self-preferencing” their products and services, the New York Post’s Lydia Moynihan other Theo Wayt report. Many lawmakers say they’re still reviewing the bill, which tech companies and industry groups have criticized in ads and lobbying.

“It’s past time that the Majority Leader bring up our bipartisan antitrust bill cracking down on Big Tech’s anticompetitive behavior,” Grassley told Moynihan and Wayt. “We need a certain date for a vote, and I call on Senator Schumer to name one — if not before August recess, then this fall.”

Major tech companies have hinted that they’re hunkering down ahead of earnings reports this week, Rachel Lerman other Gerrit De Vynck report. Major tech firms have outsize influence over perceptions of the economy, and the tech sector has been signaling for months that the boom times are ending.

“It can become a self-fulfilling prophecy, market experts say, if other companies immediately react to Big Tech’s buckling down by tightening their own businesses,” my colleagues write. “But the moves aren’t cut and dry — many feel tech is preparing for an economic downturn, not panicking because of plummeting business metrics.”

How often does business and page 3 reporting overlap? And where does Elon Musk get all this time? 🤷🏻‍♀️$MUSK
Elon Musk’s alleged brief affair with Google co-founder Sergey Brin’s wife led to the couple’s divorce filing. https://t.co/lOa6W6mG2l