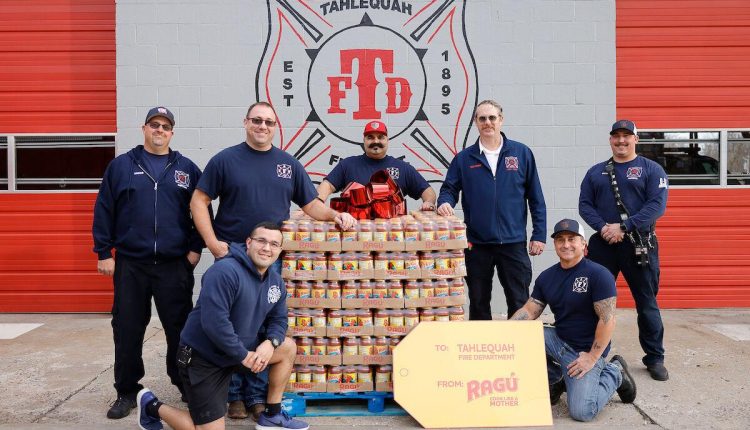 Courtesy of the Tahlequah Fire Department


A video of members of the Tahlequah Fire Department recreating a TV commercial for ragú pasta sauce has brought the company, well, a lot of gravy.

Ragú recently launched a new series of commercials under the slogan ‘Cook Like a Mother’, one of which featured firefighters. The Tahlequah company decided to replicate the commercial as a team building exercise, which was later shared on social media video app TikTok.

Firefighter Anthony Margarit, who was featured in the Tahlequah video, said in a statement, “We’re constantly working to build our teams and provide safety and process training to our employees, but our video … was solely intended to encourage communication and creativity.” promote in our team of firefighters.

“When we learned that our video caught the attention of the Ragú team and that they would send us a pallet of sauce, we were stunned. We are thrilled that an exercise based on fostering camaraderie will ultimately benefit the Tahlequah firefighting community,” he said.

The Tahlequah Fire Department plans to use their abundance of pasta sauce as part of a spring fundraiser spaghetti dinner for the community that will benefit Professional Firefighters Local’s Tragedy Fund 4099.