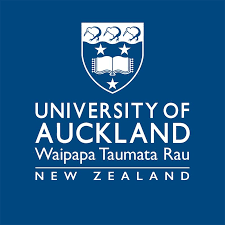 What are your legal options if your Christmas party tomfoolery is filmed or photographed and shared online with thousands of people without your consent? They’re pretty limited, says senior law lecturer Nikki Chamberlain.

Existing legal protections for the unauthorized use of an individual’s image, likeness, or personality and their removal from online platforms are inadequate, she writes in the book Privacy Law in New Zealand (third edition), due for release this month.

“It is time to adopt privacy protections for the unauthorized use of an individual’s image if its use would be highly offensive, regardless of whether that image is used for commercial gain or in trade,” says Chamberlain.

During the development of the Privacy Act 2020, she says several opportunities were missed in terms of upping fines and allowing legal avenues for personal information to be deleted.

Unlike the European Union’s General Data Protection Regulation 2018 (GDPR), which is the international benchmark in consumer data protection, New Zealand’s Privacy Act doesn’t allow for the erasure of personal information, which is referred to as ‘the right to be forgotten’ in the United Kingdom, ‘the right to oblivion’ in France and ‘practical obscurity’ in the United States.

The Privacy Act 2020 falls short of the privacy and enforcement protections provided by the GDPR despite New Zealand lawmakers having the benefit of the GDPR prior to the 2020 Act’s assert, says Chamberlain.

Former privacy commissioner, John Edwards, lobbied for the right to be forgotten to be included in legislation. Although he wasn’t successful, Chamberlain says there is always the potential for the common law to step in should the appropriate case present.

“To have a statutory right to have information removed from certain places or de-linked is important,” she says.

“We live in a society where, depending on the crime committed, we have the Clean Slate scheme, where after a period, the offense comes off your record, so it doesn’t impair you. Why is it that we have information that can live in perpetuity online and come back to haunt you?”

There is the option of asking the likes of Google to take something down, but should we allow or rely on big tech’s self-regulation? asks Chamberlain.

“We need some bottom-line rights and laws in place.”

At present, the gaps left by The Privacy Act 2020, the HDCA and the Harassment Act will need to be filled by using and adopting common law privacy torts (judge-made law), says Chamberlain.

“Social media has created so many privacy issues that weren’t there before and the common law will need to step in, as it has done in the past when rapid technological changes outpace statutory legal protections.”