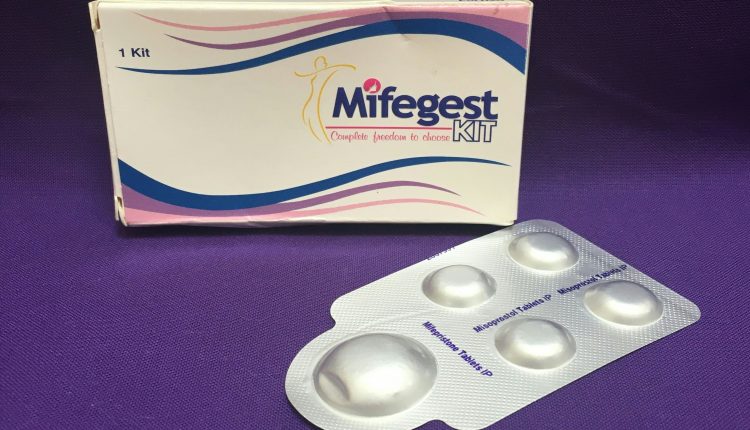 
As the Supreme Court appears poised to overturn Roe v. Wade, the landmark decision that guarantees the constitutional right to an abortion, reproductive rights advocates are considering new ways to protect nationwide access to the procedure.

One strategy involves preserving the availability of the medication used to initiate an abortion in states poised to restrict access otherwise. Such a move would require that federal law take precedence over a state’s — a concept known as preemption.

“Federal preemption for abortion medication is a highly innovative legal strategy with considerable uncertainty,” said Lawrence Gostin, a professor of global health law at Georgetown University. “There’s no telling how it will play out in the courts.”

Some state lawmakers opposed to abortion have introduced a flurry of bills to limit or ban medication abortion. Most of the legislation hasn’t gained traction, although South Dakota’s legislature did approve a measure that bans the pills. It is now ensnared in legal challenges. But if the Supreme Court reverses or constrains Roe, activists whose goal is to ban nearly all abortions may quickly turn to closing the loophole on medication abortions, for fear patients would still be able to get pills from outside the state.

Thirteen states have restrictive “trigger laws” on the books that would kick in if Roe is undone. They vary widely but would effectively ban abortions overall, with few exceptions.

In addition, some conservative states have moved to restrict access in advance of the high court’s decision. Texas, which has a trigger law, also enacted a law last year that outlaws abortion after the detection of embryonic or fetal cardiac activity, typically around six weeks and often before people realize they are pregnant. That 2021 law, which the Supreme Court refused to block, is in effect and has dramatically reduced abortions in the state. A new Oklahoma law, which took effect May 25, bans most abortions by defining life as beginning at fertilization.

Medication abortion is an option during the first 10 weeks of pregnancy and involves taking two pills: mifepristone, a drug that blocks hormones necessary for the pregnancy, followed by misoprostol, which helps empty the uterus. In 2020, medication abortions became the most common method, accounting for more than half of all U.S. abortions. Most abortions are performed at or before 13 weeks of gestation.

Medication abortions became available in the U.S. when the FDA approved mifepristone in 2000. It is available for use in all 50 states.

Some legal and drug regulatory experts argue that because the FDA is the federal agency responsible for protecting public health by ensuring the safety, efficacy, and security of human drugs, states wouldn’t have the power to overrule its stamp of approval and outlaw the abortion pill.

In other words, “FDA policy governing mifepristone could preempt states’ ban of medication abortion,” said Rachel Rebouché, interim dean of Temple University’s Beasley School of Law and an expert in reproductive health law. “That is a pretty novel argument for the abortion space, and it hasn’t been tested out, but I believe it’s possible to argue.” She wrote an article on the possibility.

The Department of Justice could turn to the courts to intervene against a state or group of states that were to ban or restrict the use of mifepristone for medication abortion.

Gostin, the Georgetown law professor, said he has talked to the Biden administration about this being a potential course of action to ensure people still have access to abortion.

“I can’t say whether the administration will go through with it. But I think there is a reasonable likelihood that if a state becomes punitive and bans every avenue for a lawful abortion, then the Justice Department would act,” said Gostin.

But, during a recent Senate Democratic press conference on reproductive rights, Sen. Patty Murray (D-Wash.) tempered expectations on how expansive the Biden administration’s executive actions to protect abortion access may be.

“We want the Biden administration to set forth what they can do,” she said, but “they are limited.”

The White House wouldn’t say which executive or legal actions might be under consideration. President Joe Biden said the day after Politico published the leak of the Supreme Court’s draft opinion that protecting “a woman’s right to choose” would fall on elected officials if the landmark case is overturned.

Peter Pitts, a former associate commissioner at the FDA during George W. Bush’s administration, said the argument that FDA authority preempts a state’s has merit because allowing a state to ban the use of a legally approved product could lead to inconsistent policies on other medications.

“I don’t think that an FDA-approved medicine should be available in New York and not in Mississippi. That leads to chaos,” said Pitts. “Today we’re talking about mifepristone, but it could be another drug tomorrow.”

One issue with the preemption argument, though, is there is limited precedent for it in the drug arena. The only previous court case experts were aware of involved Massachusetts’ effort to stop the use of Zohydro, an opioid painkiller. A U.S. district court ruled in 2014 that a drug approved by the FDA couldn’t be banned.

Pitts said he thinks it’s quite possible that this position would hold if the Justice Department and a state went head-to-head over the use of mifepristone.

“A state does not have the right to prohibit a U.S. citizen from having access to an FDA-approved medicine,” said Pitts.

GenBioPro, the drugmaker that manufactures the generic version of mifepristone, filed a lawsuit in 2020 in Mississippi when the state implemented restrictions on distributing the abortion pills. That state law requires patients to travel to the sole clinic providing abortions in the state and take pills during multiple visits.

In the initial court filing, GenBioPro argued that Mississippi’s laws restricting the use of mifepristone “conflict with federal law and are therefore preempted.” The lawsuit is ongoing, and the drugmaker did not respond to a request for comment.

So, if the Biden administration doesn’t take up the preemption mantle, could abortion rights advocacy groups such as Planned Parenthood or the American Civil Liberties Union do so?

Planned Parenthood didn’t respond to a request for comment, while an ACLU staffer told KHN the organization would be exploring “every legal avenue to protect people’s ability to get the abortion care they need.”

It’s certainly possible, said Gostin, so long as either organization has a legal standing, such as representing a woman who was banned from ordering abortion medication. A citizen or group of citizens might also file a lawsuit if they weren’t able to access the drug.

Still, it’s likely states seeking to restrict abortion pills would argue that they are regulating medical practice, which is well within their powers, said Rebouché.

Nineteen states already prohibit the pills from being prescribed via telehealth even though the FDA began allowing that during the pandemic and recently made the policy permanent. Instead, the health care provider must be present when the medication is administered.

Clarke Forsythe, senior legal counsel of Americans United for Life, a national anti-abortion advocacy group, said his organization would fight back against the Biden administration if it did attempt a preemption argument, arguing that states have the power to regulate medicine and medical practice.

“We would beat them in court,” said Forsythe.

Regardless of a First-Ever ‘Proper-to-Restore’ Legislation, There’s No Simple Repair for Wheelchair Customers

Is Industrial Actual Property Due For a Correction?