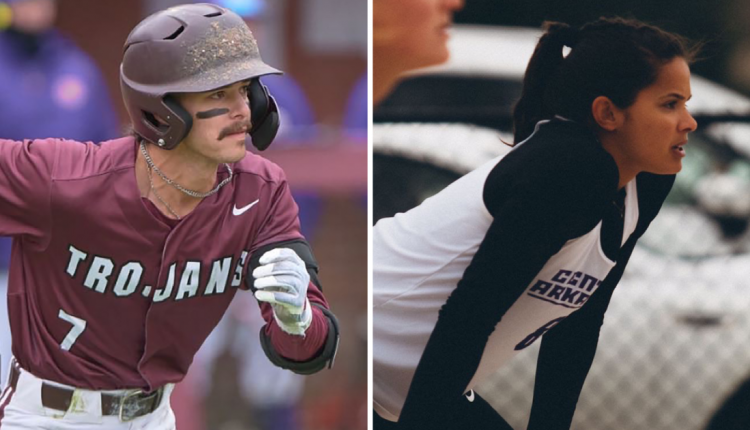 This story was reported by KUAR News intern Laura Jansen, a native of the Netherlands who is attending the University of Arkansas at Little Rock as part of a volleyball scholarship.

A legal challenge to an NCAA policy prohibiting players from accepting endorsement deals, which was eventually considered by the US Supreme Court, led to the policy being struck down. That prompted the Arkansas General Assembly to pass legislation this year allowing players to be compensated for the use of their name, image and likeness (NIL), effective July 1.

College athletes can work with companies or build their own brands by advertising the brands on social media or selling such products with a personal coupon code. However, students still cannot get paid for their participation and performance in games or accept recruiting inducements.

Jorden Hussein, a baseball player at the University of Arkansas at Little Rock, says he started benefitting from NIL deals as soon as the change took effect. He is now endorsing products on social media from companies like hydration product producer Liquid IV and the Pure Country Hat Company. Hussein says college athletes have long deserved having this opportunity.

“I think it helps us a lot,” Hussein said in an interview. “Being able to potentially gain income or get products out of things like this when we just don’t have time to get jobs because of practice, study hall and classes.”

The precedent-setting case prompting the change was NCAA v. alston Attorneys for athletes argued the policy violated antitrust laws. Before the ruling in June 2021, players were limited to receiving non-cash compensation, like computers.

Jason Montgomery is a higher education attorney at the Husch Blackwell Law Firm, which has 25 offices around the US He represents colleges, universities and athletes.

“The NCAA had an opportunity early on to create standards, to create a model, and even had proposed or at least sent out bids for a third-party vendor to monitor these type of things and ultimately decided not to do any of that, in part because they waited too long, and in part because they put all their chips on a successful verdict,” Montgomery said in an interview with KUAR News.

He noted the unanimous ruling from the nation’s high court against the NCAA included a concurring opinion from Justice Brett Kavanaugh who suggested other NCAA bylaws that restricted compensation for athletes could also violate antitrust laws.

Montgomery said college administrators are concerned athletes may end up seeming like employees which could have unintended consequences, including potentially violating a civil rights law that prohibits sex-based discrimination against schools that receive federal funding.

“I think any time you have individuals associated with the school providing money to athletes, you move closer and closer to athletes becoming employees of a particular school,” Montgomery said. “There’s a big difference between men and women in terms of equity. So that’s the other big component of this… Is there equity in how women are being promoted in athletics and is there some kind of tie to Title IX?”

“The problem is that from a political standpoint, immigration issues are traditionally difficult to pass Congress,” he said. “To create a separate class of individuals who are international athletes, while not addressing the overall student population, is probably going to be politically difficult to have happen.”

University of Central Arkansas beach volleyball player Carolina Barbosa is from Rio de Janeiro. She says allowing endorsements is a good way to help athletes who are struggling financially and calls the restriction on international students unfair.

“We are students, we are working hard, as much as the US citizens that are on our team,” she said. “We don’t have the support around us that people here do.”

Student athletes on an F-1 visa like Barbosa can only work off-campus if that job is tied to their specific studies. The students have to complete packets of paperwork and then get approval from the Department of Homeland Security.

“Them not including us in such a good opportunity to rely only on ourselves and not having to rely on our parents to send us money or stuff like that is crazy to me,” Barbosa said.

She says international students are already at a disadvantage being away from family and friends.

Hussein, the UA Little Rock baseball player who is a native of the US agreed that it was unfair to have different policies.

“If they are participating in the same sport and going to the same things as we are, I feel like they should be able to participate in NIL deals just like the rest of us,” Hussein said.

Several entities are pushing for changes to international law, including gathering petition signatures. Any change to NIL laws would have to be approved by Congress as changes to immigration.

Montgomery said the only way for international athletes to be able to earn compensation based on their NIL is if they are in their home country.