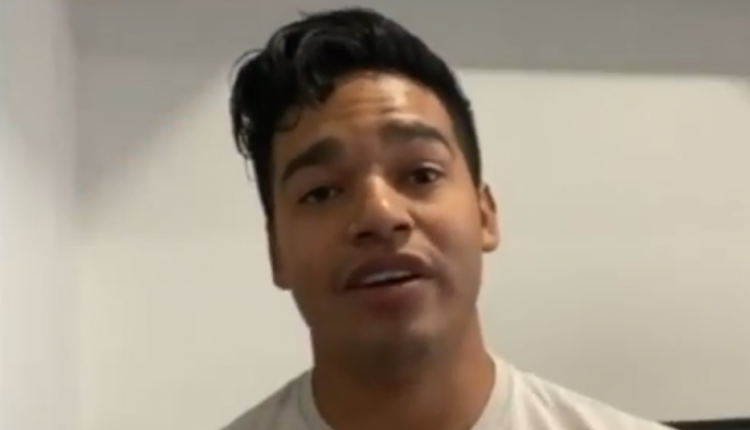 San Diego man makes use of TikTok to boost over $100,000 for road distributors in want throughout pandemic

SAN DIEGO – Usually TikTokers use the platform to make funny videos that often dance or sing. Jesus Morales, who lives in San Diego, used the app for this – initially.

But then Morales said its contents felt “stale”, like something was missing.

“After the time I got tired of these videos, I felt like I was going to force them in some places,” he said.

Morales began looking for ideas on how to start “posting with a purpose”.

“I came across other creators who used the platform to help others during a pandemic and thought it was great and wanted to do something similar to my account,” said Morales.

It was the perfect topping to spread your mission.

“I got 3 million views and that’s where it all started,” he said.

Morales then began soliciting donations from his over 1 million followers, and has raised over $ 100,000 since last August.

All of the money has gone to street vendors in his area – a community he believed needed serious help during the pandemic and a group he feels close to.

“Street vendors are close to my heart,” said Morales. “When I was growing up, I loved all of the snacks they sold, everything. They are hard workers, most of them are immigrants. They have no social benefits or minimum wages and don’t really receive any government support. “

In his TikTok feed, he documented how he distributed important things and donations.

“I’ll either drive around or meet vendors or find out they’re in a certain place and come by and make a donation,” Morales said.

Morales, a Latino and son of migrants, said it was finally giving the newly-discovered influencer a bittersweet purpose to stay social.

“They often get emotional and sometimes I’m torn because of their stories,” said Morales. “I think the reason they are so disgusted is because I feel like the Latino community is not used to getting things in life. They are hard workers.”

This story was originally published by Vanessa Paz on Scripps KGTV in San Diego.